The Working Cocker Spaniel - Through a Keeper’s Eye

Working cocker spaniels have always held an interest for me. Having grown up in a family surrounded by Springer’s, it was inevitable that something slightly different from the norm would pique my interest. I’m a gamekeeper and lecturer at an agricultural college, and therefore working dogs are a major part of my life. They’re with me working on the shoot dogging in, beating and picking up throughout the season, they come pigeon decoying and rabbit shooting in the off season and are my best mates to boot. My current team consists of two yellow Labradors, two Cockers and a Springer pup.

The first Cockers I had anything to do with were my uncles when I was around 11 years of age; he had a mother and daughter as part of his team which helped in his day to day role as a Gamekeeper in Kent. Lilly was my favourite - a lemon roan bitch who was brilliant in my 11 year old eyes, she looked smart, was well behaved and worked hard. Fast forward to my twenties where I found myself devoid of a Spaniel of any sort - our last had just passed away and I needed another to do my job and also help to fill the void left by Meg, our most recent of Springer’s. Following much discussion with my partner we decided (I won the argument) on a Cocker, a few days later a liver roan bundle made its way home from Worcester with us and that’s where the bug struck. 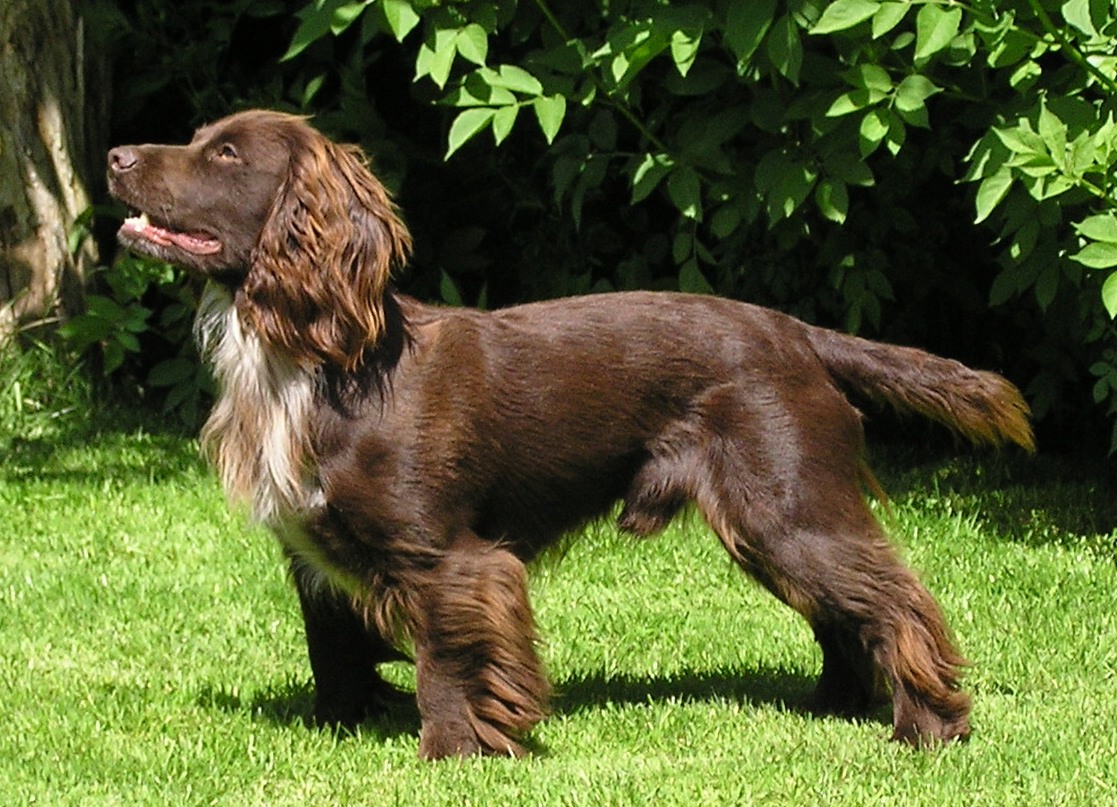 There are so many coat variations of these dogs, there’s something to appeal to all. Popular working colours tend to be black, liver or black/white and liver/white. However if you fancied a blue roan, liver roan, lemon or orange roan, or tri colour then they’re all possible, unlike many other breeds where you’re restricted to few variants and colours. Not that colour should alone sway you, but sometimes it helps.

I don’t think there’s another breed that can touch Cocker spaniels for sheer determination, and also comedic value. Whether it be dragging a cock pheasant back through thick cover or peering at you out of the corner of their eye when you miss, they never cease to amaze. I love the action of them, moving like a stoat through the cover, watching the dog for any sign of game scent; Working Cockers seem to hammer up four gears when they hit fresh scent. I’ll be the first to admit they do have their odd moments, but overall I think a Cocker makes for a happy house, I’d not be without one again.


How do Cocker Spaniels compare to other gun dog breeds

I mentioned before I’ve kept English Springers and Labrador’s, as well as Cockers. There are a number of differences between these breeds. Some are obvious, some are not so.In regards to size, Cockers are quite small generally speaking, which is a consideration for a new owner as you need to look at what you want the dog to do. If it’s wildfowling then this might not be the breed to have, they’d struggle with a goose, especially in the thick mud of an estuary, or against a strong current. Consider their main role and how that fits in with you - they excel at hunting and flushing game and are fairly handy at retrieving, making them perfect as a rough shooting dog. 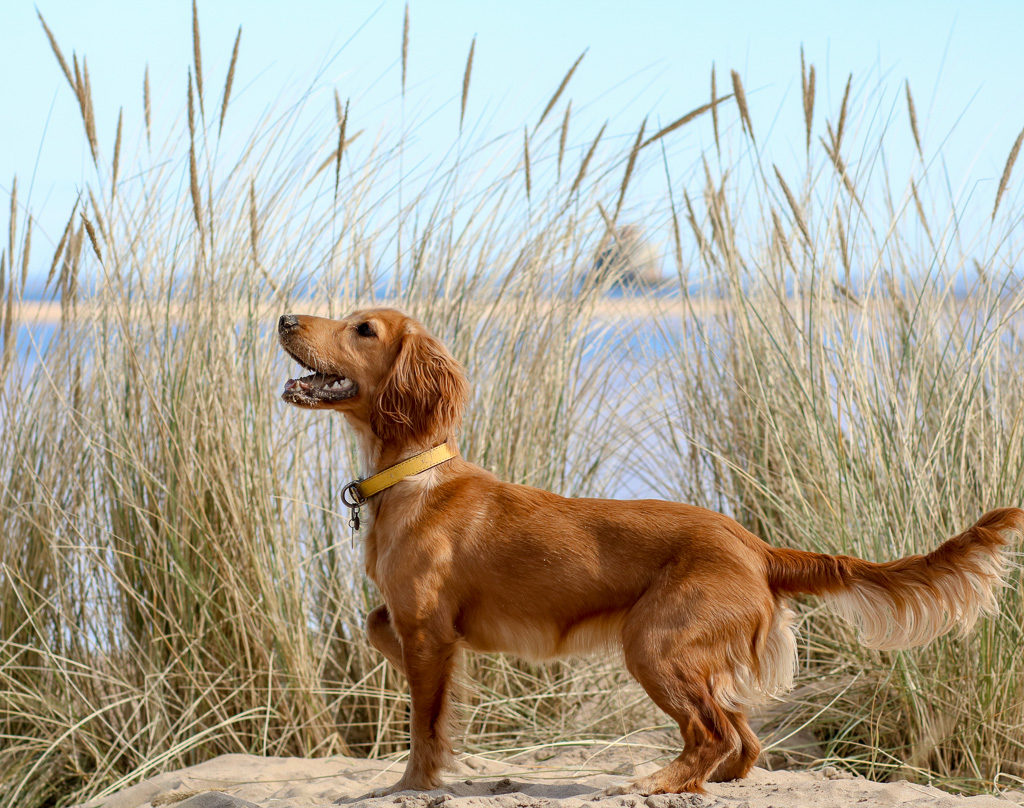 I use mine for three primary functions: during the summer they are dogging in, this is a term for when pushing the young pheasant poults back home and away from the border with the neighbour. It’s useful as it makes sure our birds stay where they should be. It also helps to send the birds back home, so they don’t get lost and become an easy meal for predators. This can ruin a young dog very quickly so you need to be careful how you do it. I hunt mine like I would any other day rough shooting or beating, quartering her across the front of me, putting her into cover and stopping her as the birds begin to flush. Letting the dog chase will be the fastest road to ruination you could find, once the dog gets away with it once or twice, it’s the devil’s own work to rein it in.


Secondly, I use them in the beating line, usually for hunting the thickest of cover and moving birds to the flushing point. This can be hard going as I often have a beating line to keep a weather eye on so the dog has to be steady. However this occasionally goes wrong as my older bitch knows exactly when the attention is off her, and she occasionally pushes her luck.


Finally, I’m incredibly lucky to go picking up on a number of shoots in Sussex and Surrey, who I’m extremely grateful to (you know who you are). I use both Labradors and my Cocker in this team as they complement each other well. The cocker likes to out-do the others by finding tricky runners, or digging partridges out of rabbit holes, simple retrieving of easy dead game is not as appealing to the Cocker as hunting the line of a runner through thick cover. This is where they excel.


A good example of this was picking up on a big blackthorn bank last season, the older Lab focused on nabbing the easier dead birds from the clearing whilst the Cocker managed 10 to his 1 out of the bramble and blackthorn.

I think pound for pound they’re the most game of gundogs, willing to please and work with you rather than for you, they’re not robots. They most certainly have their uses in the shooting field and I’d never be without one in my team.

This can be the making or breaking of any dog, especially Cockers. I’ve found that they tend to be a bit more sensitive than either Springers or Labradors, so a nice friendly voice is needed most of the time. You have to con a Cocker Spaniel into doing something you want, persuade it that what you want is also what they want. A prime example of this is teaching the stop whistle. Stopping the dog, and then offering it the chance to hunt again or retrieve is a much greater reward than telling him what a good lad he is for stopping.

I’ve found that retrieving wise they’re less keen to start with, but bear in mind obviously their size and gape of jaw, once they get going however they can be as good as any other breed. I tend to leave retrieving till much later with these little dogs, once they’re big enough physically to hold a dummy and carry it about properly. 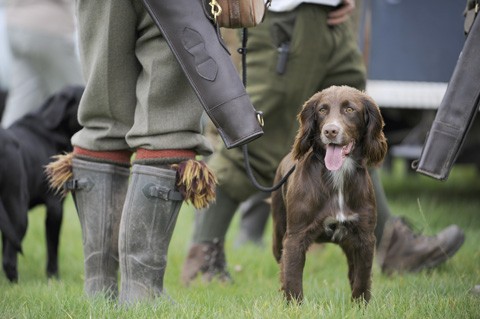 Boredom is another issue with training all breeds but Cockers especially have a low attention span which you need to bear in mind. Little and often is the key and changing around, not carrying out the same things in the same way each time you go out, varying your repertoire is beneficial as it makes the dog think and doesn’t allow it to become bored. You’ll know when they’ve had enough as they’ll tell you in ways only a Cocker can, creeping whilst on a sit/stay, burying dummies and generally mucking around after being impeccable beforehand.


Always end on a good note and play to the dogs strength in this. A simple retrieve or hunting and finding a dummy to end is good for the dog (even if you have to put five dummies there for the dog to succeed finding one), plenty of praise when things go well too never do harm.

Cockers also respond well to place board work. This is a relatively old technique in animal training but fairly new in this country for dogs. Ian Openshaw has a fantastic DVD and having seen him demoing at a couple of shows and listened to him at a gundog evening recently, he evidently believes in its use. I’ve tried this on a small scale with a couple of dogs and found that Cockers really respond well, they enjoy being high up, it helps with dummy delivery and also aids in preventing the “Cocker creep” whereby when waiting they inevitably creep slowly forward in the manner of a sniper, until you catch them where they then become clown-like and playful.


They can be somewhat more hard headed than either Springer’s or Labradors and thus you do need to keep an eye on them a little more and get on top of things. If you let them get away with something once then they’ll continue to do so. With a Cocker you’ll need your running shoes on as you’ll have to catch them at some point, but don’t be put off, once trained and working you won’t regret your purchase.

I’d recommend “The Working Cocker” by Peter Jones as a good read, helpful and insightful with lots of stories from his own training and trialling past. Also “Training the working spaniel” by Janet Menzies is worth a peruse with great troubleshooting areas and helpful tips and tricks. Finally there are a number of DVDs about - Ian Openshaws Place Board training film available from Paul French films is a good watch, as too is the David Lisset training series.


Finally if you’re in need of some training help there are many dog trainers available to help you, including Tillingbourne Gundogs based in Barcombe who are fantastic and knowledgeable with all breeds but specifically spaniels. 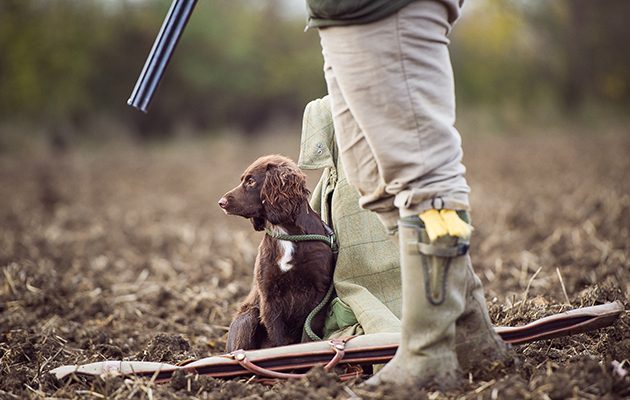 1) Assess the individual dog - each matures at a different pace so don't rush, you need to read the dog's character and adjust your training accordingly; soft dogs won't take well to hard handling and vice versa.

2) Work on the basics - don't run before you can walk. You can’t underestimate the importance of sitting, walking to heel and good recall, this needs to be set in stone in the dog's mind before you move onto more advanced work.

3) Be consistent - if something's not tolerated today don't make it fine tomorrow, for example moving on a sit/stay, not coming back first go or getting on the sofa etc.

4) Always end training on a good note - make it something simple if you have to.

1) They're small in size so they won’t take up much space.


2) They’re characters, much more entertaining than any other gun dog breed!


3) You can get a cocker in a wide array of coat colours.


4) They’re hard working and never give up, you always get 100% from a well trained cocker.


5) They don't eat vast amounts so therefore are cheap to look after, but they still work hard and go anywhere- like the fiat panda of gundogs!