Advice Rifles
Gun Dealers Gun Shops Shooting Grounds Shooting Accessories Antiques/Militaria Shooting Instructors Gun Repair
All service types >
Business types
Regions
Favourite ads
Last viewed
Saved searches
Last searches
Ads that you mark as favourite will be shown here.
Come back here to remember your latest viewed ads.
When you browse ads, the searches that got you there will show up here.
Your saved searches will show up here.
Home / Community home / Advice / Watch: Back from the Brink Epi...
Be a contributor
Advice

Watch: Back from the Brink Episode 3 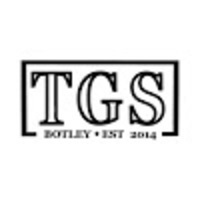 Previously on Back from the Brink

“Welcome to Back from the Brink: a series where we're going to get a gun for less than a hundred quid and try and make it, as they’ve said, capable of going on a game shoot.”

“From the very off, this is looking really bad.”

“My blood pressure is currently through the roof after one screw and I’m already starting to regret this project, but it's going to be great…”

“Buy Spanish. You’re actually not going to get something that’s completely rotten all to hell.”

“So we’ve got some really bad news as regards to this gun. There’s literally no way this gun would ever pass proof.”

“I think I’m going to stop here. The stock’s looking nice, the barrels we’ve taken the majority of dents out. I think the real disappointing thing here is the fact that those barrels are just so far out proof. However, before this gun gets hung on the wall, in the next episode going to go on out and shoot it one last time.”

So we’re out here on the last Voyage of the James Rowe of High Street Barnstable, and as soon as we got it out of the bag the pigeons have been devoid, apart from those two.

We're going to take one last life with it and then it’ll be retired. But that might be easier said than done…

The safety catch only works in a non-field environment. I think it might have to go back and we're going to have to strip it and have another play. For practicality reasons but we'll give it another try.

The pigeons are being very difficult today, aren’t they? They’re not feeding, they're not coming in hard. I mean it's one of the things with decoying though, isn't it, it's not guaranteed. No, it's about your fieldsman isn’t it, you know your craftsmanship, your field (and a portion of luck from the pigeon side).

Back from the Brink; time to kill a pigeon. Here we go...

I’m fairly sure we just shot the last pigeon of the day but I think it'd be rude not to sit here for another minute considering that came in quite beautifully. It's been hard work today. It's been extremely hard work. They’re really not playing ball. But we’ve had plenty of cartridges, we’ve shot quite a few.

We've got a few down on the deck, but it's been hard work. A few long shots, some tricky shots. Yeah, it's one of the things as we're saying you do get the need to start shooting at stuff that you perhaps wouldn't do if the birds were coming in more consistently, yeah. I suppose on the flipside we killed a couple of really nice ones, some real stonkers.

I think the biggest conclusion we've come to today is between the guns and the cartridges. It's been a good test of gear. So we've had the Benelli M1 out and we've had the Breeder what used to be called the grizzly, which is now called the B3 ½ SM. We've used an array of cartridges but the majority being the pigeon extreme in fibres and plastics. We found the fibres better than the plastics - they killed a little bit harder. The plastics were pulling feathers left, right and centre. It could be a little bit of driver error, I'm willing to accept that somewhat, but it was too consistent to be anything other than the cartridge. We got to the point where we opened another box of fibres that were killing on the shot, literally straight away. Yeah anyway, it’s been a good day, a damn good day, thank you very much, let’s wrap it up. Let's go and pick some stuff up; see what we got; count the bag.

Secondly, regardless of how kind you are to any gun in a pigeon hide, especially when there are two people involved, there's potential for little issues. So we've got a couple of extra marks that we've got to iron out before we now do the showcase. And that's why we're here - showcase, and then hopefully, we're just going to go and test this thing in working order.

The main issue here more than anything in this project is that I decided I was going to touch the checking in any way shape or form. It's such a rabbit hole that actually once you go down any section of it, you're stuck there, you really are. You need to suddenly spend your entire life checkering.

I'll call it on that right now. On that note, it's your first chance to have a proper look at this gun. Enjoy! 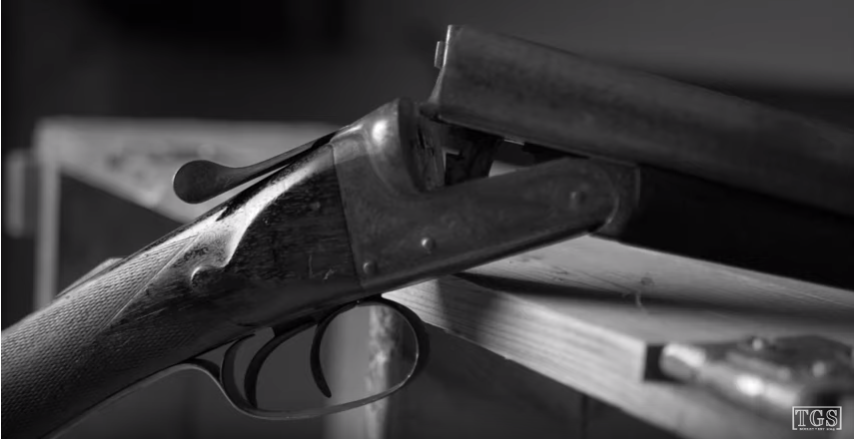 So essentially what was happening amongst a lot of the issues: A, the right-hand barrel was light striking but I’ve sorted that hopefully, and B, it wasn't you going off safe and I have a feeling that because we've actually cleaned a lot of the rust off of this nasty thing, it's amazing what can happen when you give something a really intense clean. So what I'm going to do is I'm just going to take the very back off of this give it a touch of Polish. Put it together, and hopefully, that should work, fingers crossed.

We’ve measured it, tested it, we know it's safe. We've actually tested it in the field, we know it goes bang. Let's just see if we can make it go bang more reliably.

So we figured out what the problem was. We took it apart. We put it back together. And here she is. The Rowe of Barnstable ready for her last voyage.

Well since the beginning with this gun, since the day and moment I took it out of the box it’s caused me nothing but nightmares and nothing has gone right so we can't expect this vague attempt to try and go on a quick train.

So the mistakes we've made across the course of this entire little series.

Firstly, buying an English gun for under a hundred pounds was a mistake. We definitely should have stuck with Spanish; we would end up with less issues, less work, less gunsmithery, less weakness in the gun.

Secondly, both times I definitely should’ve tested it before taking it out on a whim and this second time I probably should’ve put more thought into taking it out rather than just seeing if we can shoot some flying pigeons.

I mean the chances of seeing six deer just mooching around bang in the middle of the day are fairly minimal. But I've seen six deer mooching around just in the middle of the day on this little walk. Well and a couple of buzzing pigeons at longish range that you might have a chance at with a modern gun. Old Ely impacts cartridges, there was my other mistake. Shooting cartridges that aren’t ballistically efficient purely based on the fact that they’re one of the softest loads I could find and had. Probably not a mistake because I'm quite glad so I've got all of my fingers, my eyes, my toes and I'm ready. 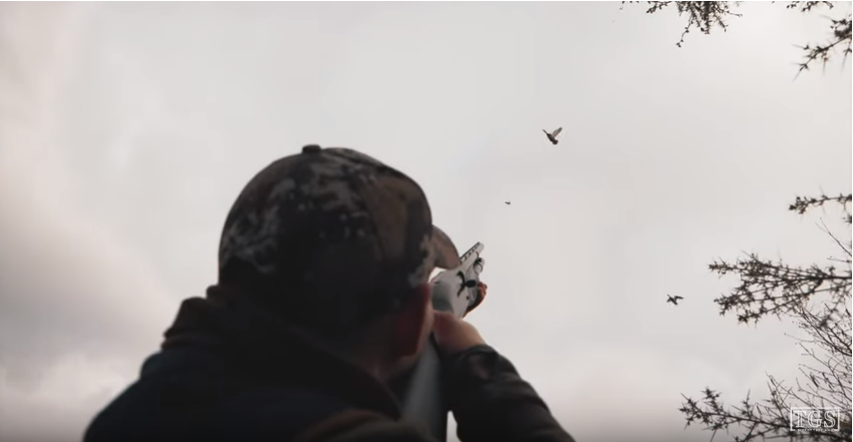 Definitely, for series two, we might get a gun that’s not quite so rotten.

Aesthetically and mechanically this thing has been tidied up to a point that realistically it never should have been. And to invest the extra time in rubbing back the barrels, rubbing back the action and actually doing a really nice job of colour hardening it, would be a financial investment of thousands and this gun just isn't worth it. That's really sad to sort of say that this gun is going to retire in my hands after having bought it hoping it was going to turn into something really good. So I don't think we're going to fully retire it but it’s definitely going to be a backbench gun.

Let’s shoot the target, see how it patterns through its choke Barrel. Old cartridges smell good. Well, it’s a strange old pattern, very very dense through the bottom. I probably just shot a bit low. Although it probably does shoot very low.  That’s a bit unusual for a side to side to shoot quite as low as this one did but that's all right.

So as you can see guys on this pattern plate, the density at that sort of 35-yard mark is absolutely spot-on for very good, clean consistent kills, which just goes to show that the missing that has been done has been by myself and for my complete ineptitude with a side by side that doesn't fit.

I've had a great time working with this gun. I really have and I'm very proud of the stage we've taken it to and it's a gun that I'm very happy to pick up, look at, and put straight back down again. Let's hope the next one's a bit more of a user. Take care guys. Thank you very much for watching persisting and enjoying and I must admit that this series has ended completely different from how we originally intended it to. In fact, this whole project has gone completely differently to how we intended it to.

Take care. Goodbye, and we'll see you next time.

The Gun Shop Botley
Professional Gunsmiths and RFD
Published on 27-03-2019
Located inside Botley Mills, Hampshire, The Gun Shop has a fantastic selection of items on display; including air pistols, air rifles, shotguns, slingshots, rifle ammunition, shotgun cartridges, pellets, clothing, optics, and knives - as well as all the accessories you may need. 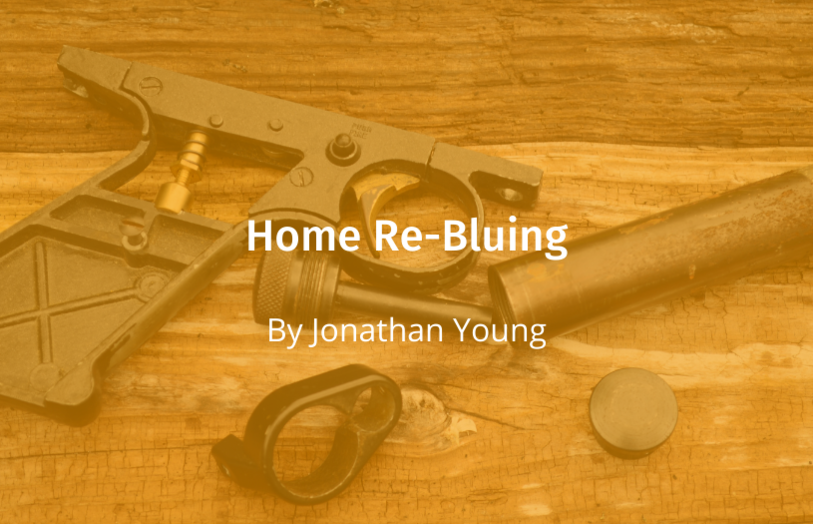