No muzzleloader has ever had a more complete combination of power and range than this impressive 700 LSS model by Remington. Remington Arms has been a powerful force in the firearms industry pretty much ever since regular manufacture began. More than 200 years have passed since Remington produced their first firearm. Technologies have continued to rise and rise since then, and the rifles Remington are producing now are very different to the ones back in the day. Far more efficient, effective and stylish. The 700 is a perfect example of this.

It takes 50-cal. Ammunition and Premier AccuTip bullets to be more specific. The shape and design of these shells already enhance accuracy impressively due to the pinpoint-like tip being able to hit the smallest of targets. This is accompanied with fast-expanding materials that spread out on impact, creating a larger area of damage when hunting larger game.

This contributes to the Model 700’s impressive longer range capabilities along with its U.M.L Ignition System. This system works by firing a magnum rifle primer into a unique pre-primed, brass magnum rifle casing that’s then pushed into the breech plug. This allows a completely airtight seal to form - providing the firearm with an absolutely seamless ignition process.

The bullet is then fired out of the muzzle with unrivalled velocity due to the detonation producing a flame ignition that burns 200 powder grains at a time. This means the range and exit speed are fully optimised. 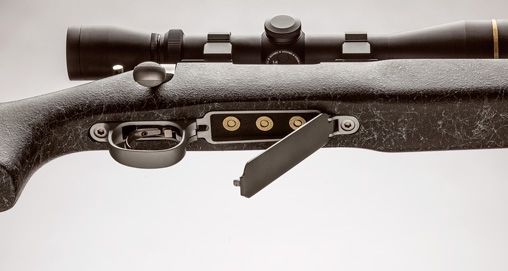 All of these specifications mean the rifle performs as effectively and easily as a centerfire would. What’s more, you don’t even have to worry about taking out the breech plug after a load - its flash channel remains entirely clean.

It really is a gun full of exciting combinations; the most formidable being its replication of one of Remington’s most notorious and trustworthy receivers - the bolt-action Model 700 - which of course is where it gets its name from. That means all of that precision, speed and efficiency are teamed with raw power and strength to form the ultimate rifle.

The appearance is one to tempt the eye too - a beautiful stainless steel barrel on top of a sophisticated wood effect stock creates a light, sleek design that’s attractive to almost any shooter.

The Model 700 Ultimate Muzzleloader is a really impressive firearm both for performance and looks, and for less than £1000 it’s not bad value for money either.

To take a look at hundreds of other similar guns, check out Remington rifles for sale here. 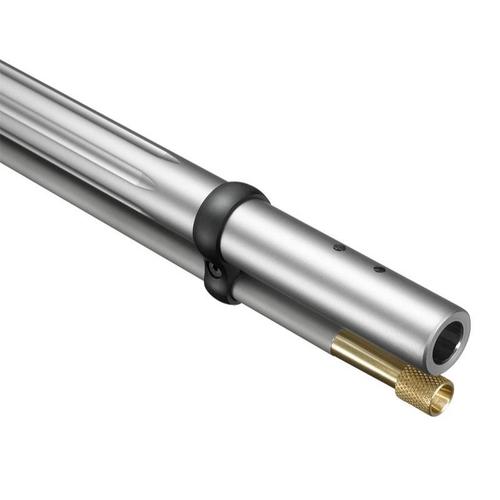