Airgun Review: The Artemis P15
Big Trouble From Little China - Artemis P15     My son has been driving me up the wall over the past couple of months as he insists on going vermin hunting with the Bullpup r...
Read more
Home / Community home / Videos / Product Review - ZEISS Conques...
Be a contributor
Videos

We're bringing you this review today in conjunction with Alpha Militaria and ZEISS, two exceptionally renowned and knowledgeable companies within the shooting industry.

Today we're looking at two scopes from the ‘ZEISS Conquest V4’ range - we've got a 4-16x50 and a 6-24x50. Now, many lifelong airgunners have always taken the view that you don’t really need a fancy scope, because you never really put that much of a demand on the scope; most shots are 20 to 40 metres and for that you only really need a scope that's going to enable you to be accurate over those kinds of ranges and a little bit further out, when scanning around to see rabbits in the field.

But when you start shooting FAC rifles - like the 60ft/lb Daystate Delta Wolf which Richard shows you in this video, (not to mention the 95ft/lb .30 cal FX Impact he also owns) you’ll start pushing that distance out to shooting rabbits at 60 or 70 metres and shooting targets at 100 metres and in doing that, it makes you realise that it’s wise to re-evaluate your attitude towards scopes, because they could be the weak link in your setup.

So we're going to look at these two scopes and some of their key features, put the zoom through its paces, and then show you how Richard got on when he tried the scopes outside. 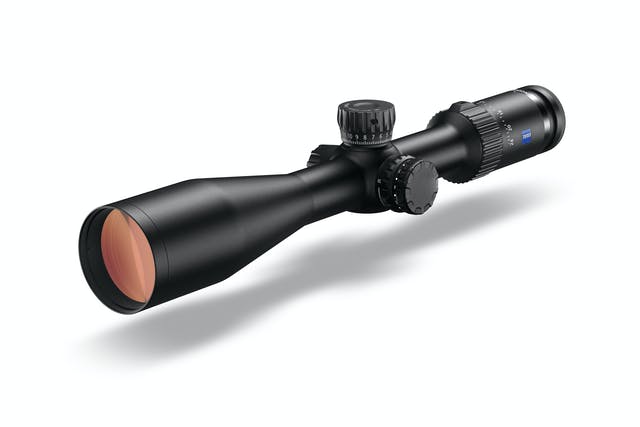 - ZEISS T* Coating for exceptional imagery in all conditions

The Conquest V4 range has four different scopes in it and they're all second focal plane scopes. They range in magnification from 3-12x out to 6-24x and the objective lens will vary from 44mm, 50mm and 56mm and they're all based on a 30mm tube as well. Eye relief is 3 ½ inches which is really good because it means that you can find good eye relief whether you're standing up, sitting, kneeling, or even shooting prone.

What’s really impressive with these scopes is that they’re so relatively compact and light when considering their actual performance. The two scopes we have; the 4-16 and the 6-24 are 370mm long so about 14 inches long and they only weigh 650 grams so they’re really light and really compact as well.

Now in terms of the optical benefits - and any scope is only really as good as the image that you can see through it - we’ve taken this out and just looked across a field with it and the clarity of the image, even on maximum magnification, really is something else. There's no distortion through the magnification, there's no waviness around the edge of the image; everything remains sharp as you go up and down the magnification. Also, the colours remain very, very strong. It’s not always easy to appreciate this, but with other scopes, the higher the magnification at range, the more the colour seems to get washed out of it. But when you compare the Conquest V4 to these optics, the colour and the image remain incredibly crisp all the way through. 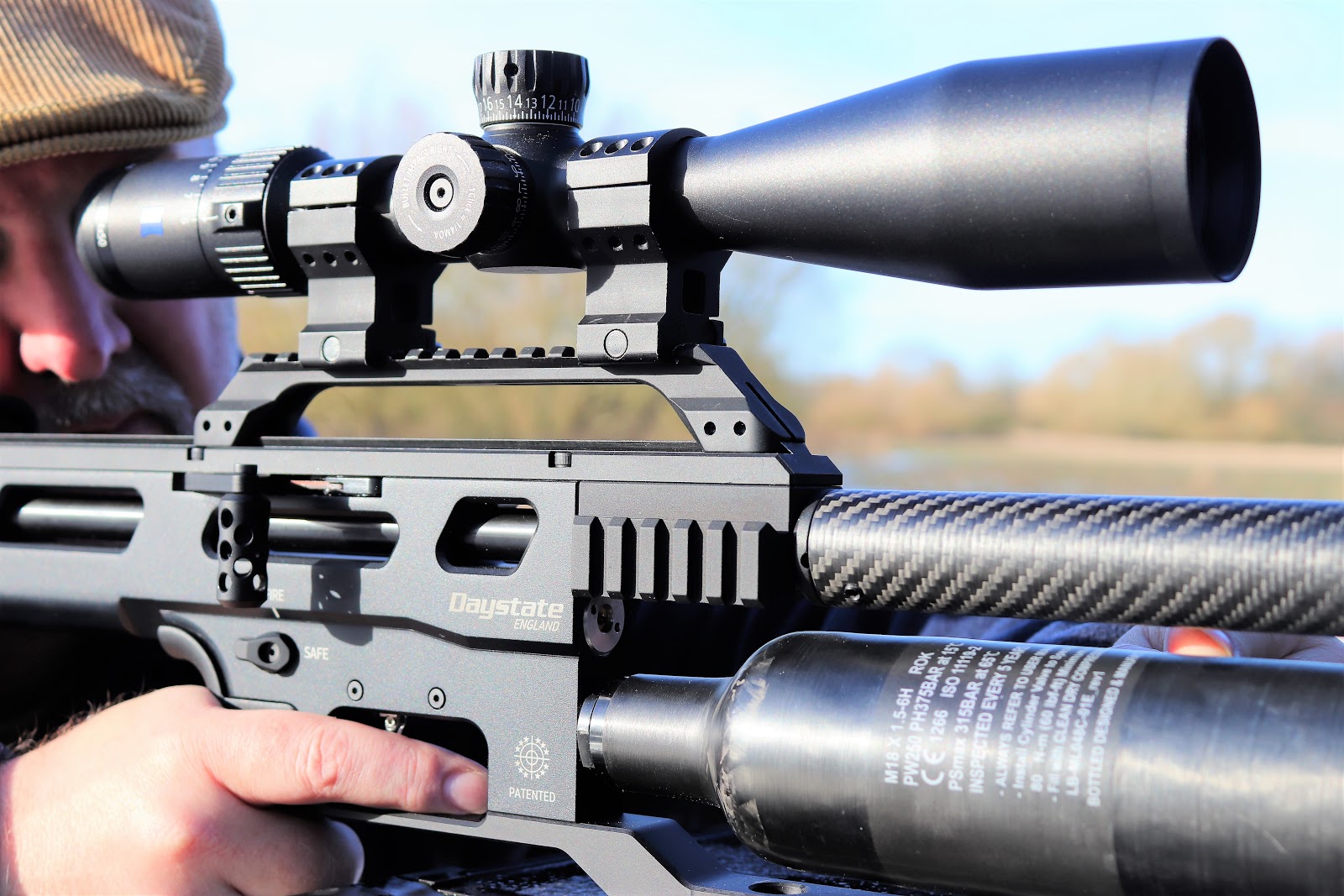 We shouldn't be surprised, as a scope in this price range you'd expect that, especially when it comes from a company like ZEISS which is renowned for its optics and the quality of its lenses.

All of the scopes are nitrogen purged; so they're fog proof and waterproof and a large part of the reason for that quality of image comes down to the fact that in addition to the quality of the lenses, ZEISS uses what it calls its ‘T* Six Layer Coating’ on the lenses and that really enhances the light transmission and the crispness of the image.

In addition to that, there's another coating that goes on to repel water and dirt and help you clean the lenses very easily. The combination of the quality of those lenses, the large objective lens and the 30mm tube means that according to ZEISS, 90% of available light will get transmitted to your eye - so obviously shooting when the sun starts to go down is going to be much easier because more of that available light is being transferred to you.

Let’s now talk about some of the mechanical features on the scope. Starting at the back, you have a diopter adjustment. Everything here moves with a quality feel about it, everything you touch, move and adjust just feels like it's been engineered by Germans in a laboratory, which it probably was!

The diopter adjustment enables you to ensure that the reticle in your image is nice and crisp and clear and once you've made that adjustment, then you can probably forget about it and although there's no lock on that adjustment it's sufficiently resistant to make any accidental change to it unlikely and even if you do, it'll take you seconds to refocus it.

The magnification collar - again has got that real quality smoothness to it, there's an arrow at the top which points to which magnification setting you're on, and if you do want a little bit of assistance for moving the collar round, you can screw in a throw lever up there which might be useful if you’re wearing gloves or something but to be honest, it's smooth enough that you don't really need it.

Now the turrets. You have three turrets which are relatively standard, the windage turret is a pull out to adjust and push in to lock kind of turret and again the movements are nicely weighted, the clicks are very subtle but you can feel them. They're very defined; there's no vagueness about them at all. There's no sense of ‘Did I click that or didn’t I click that?’ it’s very definite and then once you push it in that locks it up absolutely solidly.

The elevation turret on the top is more of a tactical turret. There's no lock on it, there's no pull-out push-in kind of deal, it just turns. But it does so with an amount of resistance that makes accidentally knocking it very unlikely. It's firm, but very easy to turn and again you've got that great resistance from the clicks. The elevation turret will give you a range of 80 MOA movement, so plenty of adjustment there and the windage turret will give you a range of 60 MOA movement. For both of those, one click equates to a quarter MOA movement, so you've got plenty of range there.

The elevation turret which is the one you're going to use most to adjust for different distances, that has a ballistic stop or a zero stop so once you've found your zero, you can ensure that as you make your adjustments you'll always know where your is when you come to move it back again.

On the left-hand side, you have two collars. The inner collar adjusts the parallax - now this is of particular importance to air gunners because a lot of high level, high-quality scopes tend to be designed to parallax down from 50 meters out to infinity, which isn't really of much use to air gunners.

There are two versions of these scopes, one of them does parallax from 50 meters upwards, but this one parallaxes from 10 meters up to infinity, which is really, really good for air gunners. So if you buy one of these for air gun use, make sure you go for the 10-metre parallax version.

The parallax itself operates on a collar on the side. Again, very very smooth. The collar is slightly knurled to give you plenty of purchase even with gloves on, but it just moves really, really smoothly.

Outside of that is the illuminated reticle adjustment and it takes a CR2032 battery and will last for a long time. There are 10 different illumination settings on the scope and what’s really great about these is that on a lot of scopes they have 10 or 12 different brightness settings and you have to turn through from 1 to 12. But with this ZEISS scope, there’s a stop in between each brightness level.

So it means that you can decide on what brightness setting you want, turn it off by just a fractional movement on that collar, and then when you need it again it's just a slight little turn to switch it back on again at your desired illumination setting. That’s a great bit of engineering!

One last thing to mention here is that you get 6 different reticle styles, and 4 of these come with an illumination feature, which is very handy.

Those are the main features of the Conquest V4. These are premium level scopes especially for air gunners; they run around about £1,100-£1,200 for the two different versions.

After having a look at the Conquest V4 inside, Richard took them down to one of his permissions; a large field. Targets were set out at 10 metres, 50 metres and 100 metres to try and show you some footage through the scope, how the scope magnifies and how the parallax works too.

Looking at the 4-16 scope on the gun, we focused it on each of the targets one by one. There were no shots fired, we just wanted to assess the clarity of the image.

This is our 10-metre target.

Then there is 50 metres, then the one in the far distance is 100 metres. 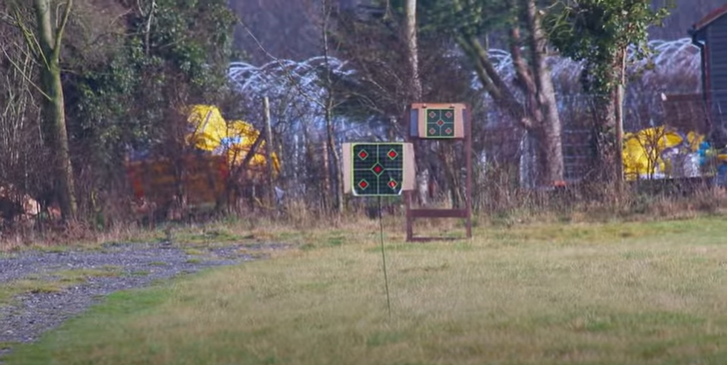 With the 4-16 model on 4x magnification, the 10-metre target was exceptionally clear. The images here don’t do it justice as the phone recording wasn’t quite up to scratch, but once we adjusted the parallax, the clarity of the target was truly incredible. The ability of the scope to parallax right down to 10 metres was something Richard had never experienced before, and he even reckoned it would go down slightly further! Not to mention that was whilst being on maximum magnification, which you would never need at such a short target anyway. 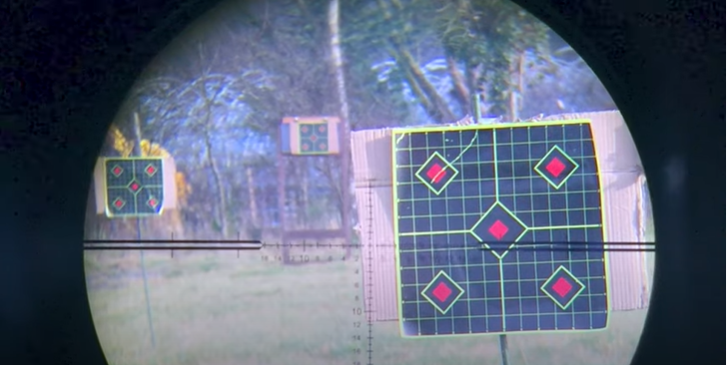 So now our 50 metre target. At 16x magnification it parallaxes really well too. You're not really getting a sense of the quality through the glass here because of the camera recording, but you can still see just how capable the lens is of zooming in and out. And at 100 metres - much more of the same! Ridiculously clear imagery, and the 16x magnification makes this target seem within touching distance.

The Conquest V4 also comes in a 24x magnification edition - one can only imagine the power of that! 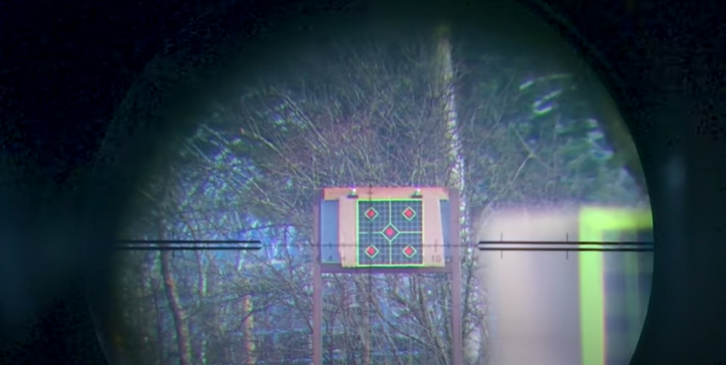 So that's the ZEISS Conquest V4 - the 4-16x50 and the 6-24x50. It was quite literally an eye opener for everyone. The difference in quality between this next level scope is incredibly clear. The colours, the sharpness, the lack of distortion - fantastic! 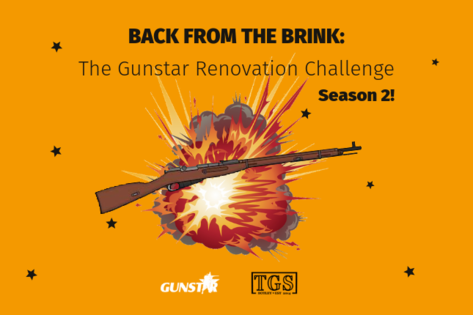 Back from the Brink: The Gunstar Renovation Challenge, Season 2 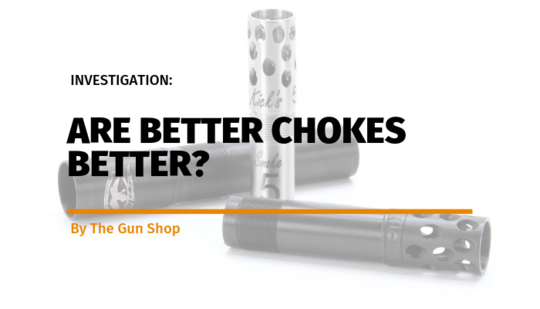