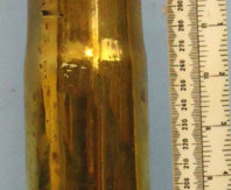 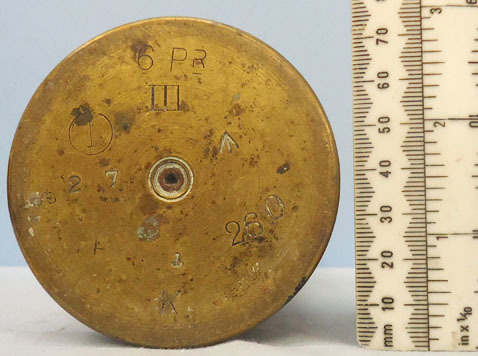 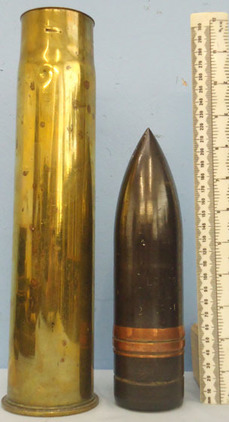 DEACTIVATED INERT. This are an unfired WW 1 British Nordenfelt round used in the British 6 Pounder Nordenfelt gun first introduced in Royal Navy service in 1885. These guns was used by the Royal Navy and in the first British male tanks after their introduction in 1916. The common pointed high explosive base fused projectile is stamped above the driving band V.S.M. (Vickers, Son and Maxim ) LOA Co B.S. (Billet Steel) 2.8.16 (date) together with a crowfoot and a anchor. The cartridge case (made by Kynoch), is head stamped 6Pr III 260 LOT27 CF K (Kynoch). Price includes UK delivery. O 1453