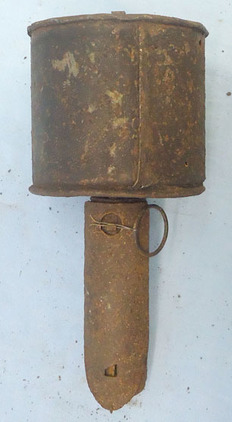 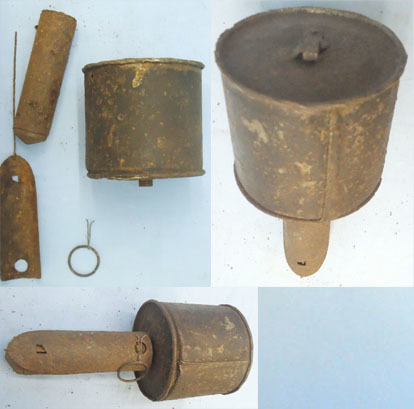 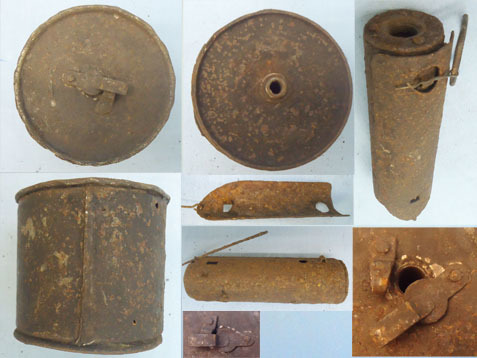 INERT DEACTIVATED. This is a rare Russian RPG-40 anti-tank stick grenade adopted in 1940 as the primary anti-tank grenade by the Russian army. The grenade is unusual for anti-tank use in that it used the blast of the grenade to cause splatter or spalling to the inside of the tank to cause injury to the tank occupants by secondary effect after detonating on the outside of the armour plating. The grenade could be effective on armour up to 20mm which was adequate for the early tanks but less effective on later tanks. The grenade consists of a three part pressed steel cylinder 95mm in diameter, 87 mm long with a Russian type fuse holder on top of the grenade. The stick is 110 mm long with a pressed steel curved fly off handle and a safety pin attached to 30mm diameter ring. The grenade was replaced in 1943 by the RPG-43. These grenades are very rare to find in view of their construction and are a rare survivor from the period .The price includes UK delivery and no licence is required to possess this inert grenade in the UK if retained as part of a collection or display. O 1484