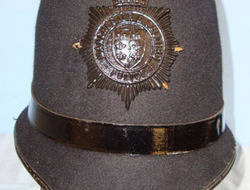 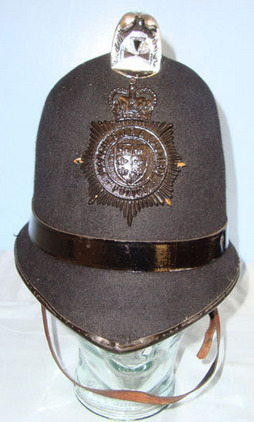 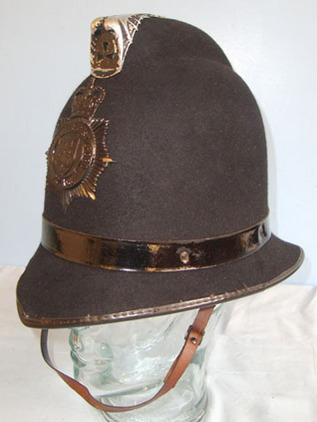 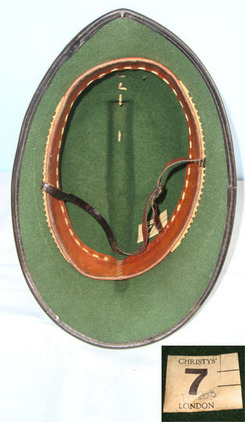 Manchester and Salford Police was a police force in England from 1 June 1968 to 1 April 1974. It was created as a merger of the Manchester City Police and Salford City Police and covered the adjacent county boroughs of Manchester and Salford. It was amalgamated with parts of the Lancashire Constabulary and Cheshire Constabulary under the Local Government Act 1972 to form Greater Manchester Police. This is a very good, male Constable's/ Sergeant's Helmet of Manchester & Salford Police. It has a blue serge body, rigid combe to provide greater protection during public disorder with blackened combe plate & Manchester & Salford Police Queen’s Crown (QE II) blackened metal helmet night plate. The inside has leather sweat band with string adjustment cord and chinstrap. The lining has a paper manufacturer’s label ink stamp ‘7’ (size). The label has handwritten Divisional designation ‘E’ together with Police Officer’s number ‘203’. The sweatband is also impressed with Christy’s logo. Price includes UK delivery. POL 392