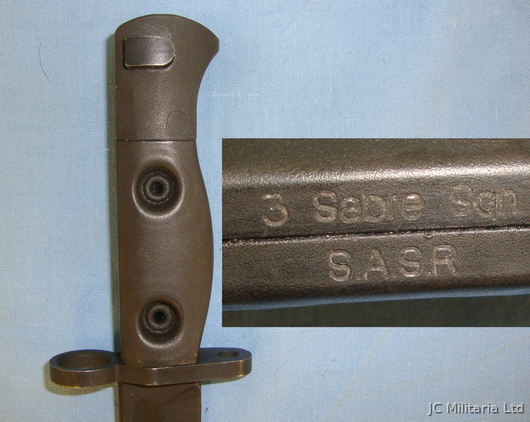 
The Special Air Service Regiment, officially abbreviated SASR though commonly known as the SAS, is a special forces unit of the Australian Army. Formed in 1957, it was modelled on the British SAS sharing the motto, "Who Dares Wins". The regiment is based at Campbell Barracks, in Swanbourne, a suburb of Perth, Western Australia, and is a direct command unit of the Special Operations Command. It has taken part in operations in Borneo, Vietnam, Somalia, East Timor, Iraq and Afghanistan, as well as many other peacekeeping missions. The SASR also provides a counter-terrorist capability, and has been involved in a number of domestic security operations. An inquiry that was completed in 2020 found that some members of the regiment had committed war crimes in Afghanistan. The regiment is currently believed to be organised as follows:1 Squadron, 2 Squadron - announced in November 2020 to be disbanded, 3 Squadron, 4 Squadron, Specialist Support Squadron, Operational Support Squadron, 152 Signal Squadron. This is an Australian L1A2 bayonet to the Australian SASR 3 SABRE SQUADRON and scabbard. This is the Australian military version of the British L1A1 bayonet (see pages 291 & 292 item A32 in Skennerton's book British & Commonwealth Bayonets). It is completely parkerised and the edge of the grip scales are marked ‘SASR 3 SABRE SQN’. The grips are steel and are secured with two recessed steel rivets. The blade has a long fullers and drop point. The blade measures 7 ¾” length and is 11 ½” overall. The No.5 MK 2 steel scabbard has the correct brass mouth piece. The price includes UK delivery. BAYO 661
£595.00...Read full description
CategoryBlades
SubcategoryBayonets
ConditionUsed
Price£ 595
Sale typeTrade
MakeAustralian SASR (Special Air Service Regiment) 3 SABRE SQUADRON
Your referenceBAYO 661