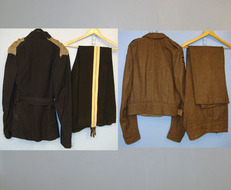 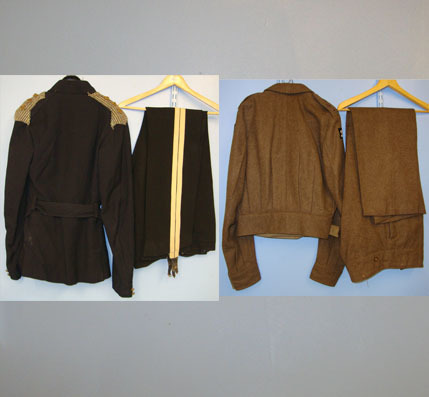 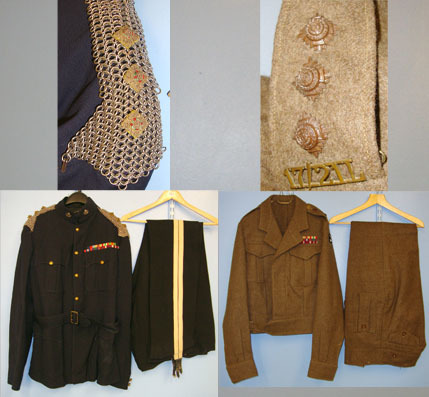 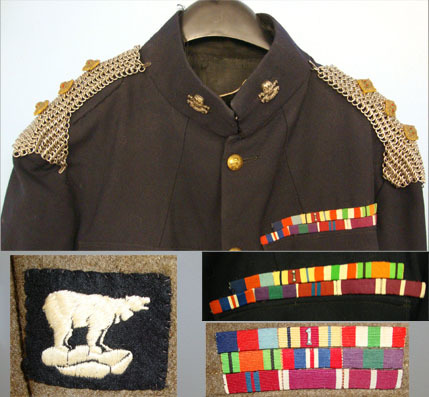 
The 17th/21st Lancers was a Cavalry Regiment of the British Army. It was formed by the amalgamation of the 17th Lancers and the 21st Lancers in 1922. The Regiment was mechanised in 1938 and, after service in the Second World War, it amalgamated with the 16th/5th The Queen's Royal Lancers to form the Queen's Royal Lancers in 1993. Early post WW2 , the Regiment was posted to Greece on internal security duties. In October 1947, it deployed to the Suez Canal Zone and re-equipped as an armoured car regiment; it then moved to Palestine in 1948. This original collection of 17th / 21st Lancers Captain’s Uniform is from the WW2 & early post war era. The Blue dress tunic jacket with 4 flap pockets and adjustable belt with brass buckle has the correct ‘Death Or Glory’ brass buttons, chain mail shoulder epaulettes with Captain rank insignia and the breast is mounted with campaign medal ribbons. The lining of the tunic has some service wear and pieces of the pocket flap linings are absent. The Tunic is approx UK size 36" Chest. The blue dress trousers have white tape to the legs, raised waistband, buttoned fly and leather boot straps with buckles at the ankle. All buttons are present. They are approx UK sizes waist 30", leg 34". All material is clean & undamaged. The battledress blouson jacket has 2 pleated breast pockets with concealed buttons & waist belt with buckle. The epaulettes are mounted with Captain insignia & badges of the 17th / 21st Lancers. The breast is mounted with campaign medal ribbons and the arms have WW2 embroidered polar bear formation patches of the 49th (West Riding) Armoured Division. The battledress trousers have all of their original buttons and buckles. The trousers are clean and undamaged and intact. They are approx. UK sizes 30” waist 34” leg. There are no manufacturer, size or date marks on any of items of collection. The price for this collection of Lancers uniform includes UK delivery. U 375
£475.00 ...Read full description
CategoryAccessories
SubcategoryClothing
ConditionUsed
Price£ 475
Sale typeTrade
Manufactured YearWW2 & Early Post War
Your referenceU 375
Recommended UsageCollection item