Airsoft is a sport that’s grown at a rapid pace across the UK and the world over, and it’s progression appears to be accelerating at record speed in 2019. Airsoft firearms are a completely different ball game in comparison to your standard air gun; the variations of model and spec are pretty much infinite. You can get your hands on some of the most famous gun styles in history, all in airsoft form.

Here’s a top 10 as picked by Gunstar of airsoft firearms we absolutely love on the market at the moment! 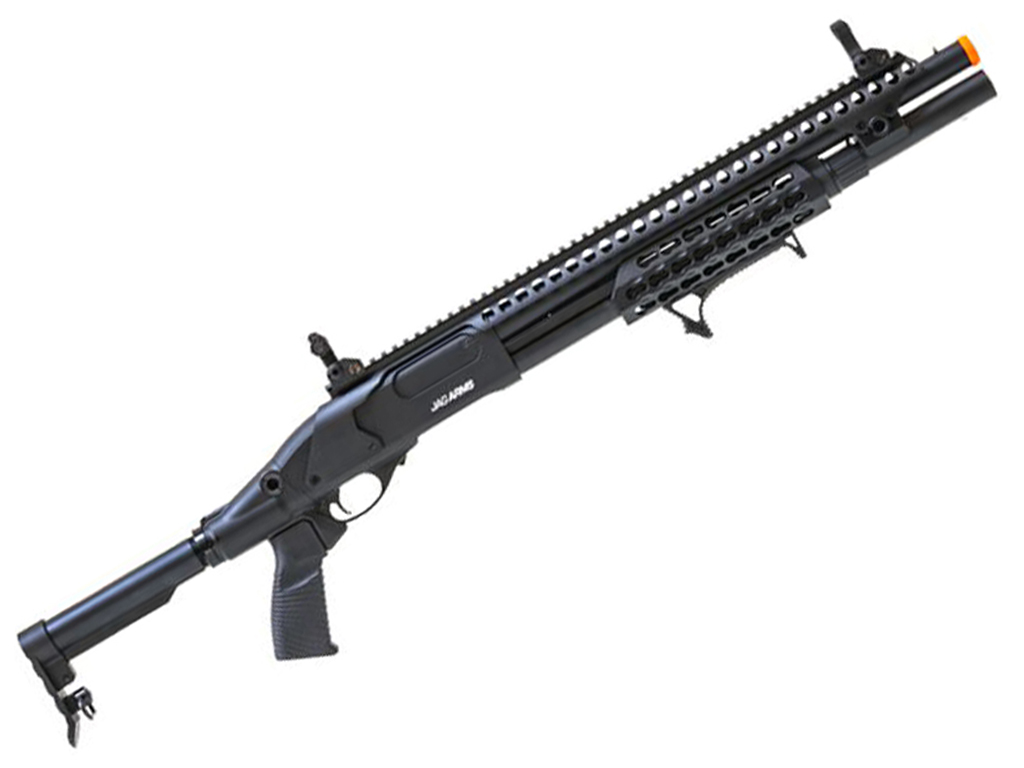 Shotguns aren’t the first thing that comes to find when looking for your next airsoft weapon, which is why we thought we’d shove this one into the equation first off! This is a very close copy of the Tokyo Marui M870 shotgun that we see on most common marketplaces, except of course being green gas-powered. It’s a pump-action firearm that allows for very fast fire-rate for a triple-shot model, which, combined with its high power level makes it a very effective option.

The JAG features an outer barrel that’s threaded, which allows the user to add various attachments to modify the performance such as sound moderators.

The standard RRP is just under £300 which is definitely at the higher end of the airsoft price range, but as said above: you get a lot of power, a great fire rate, and some great customisation options. 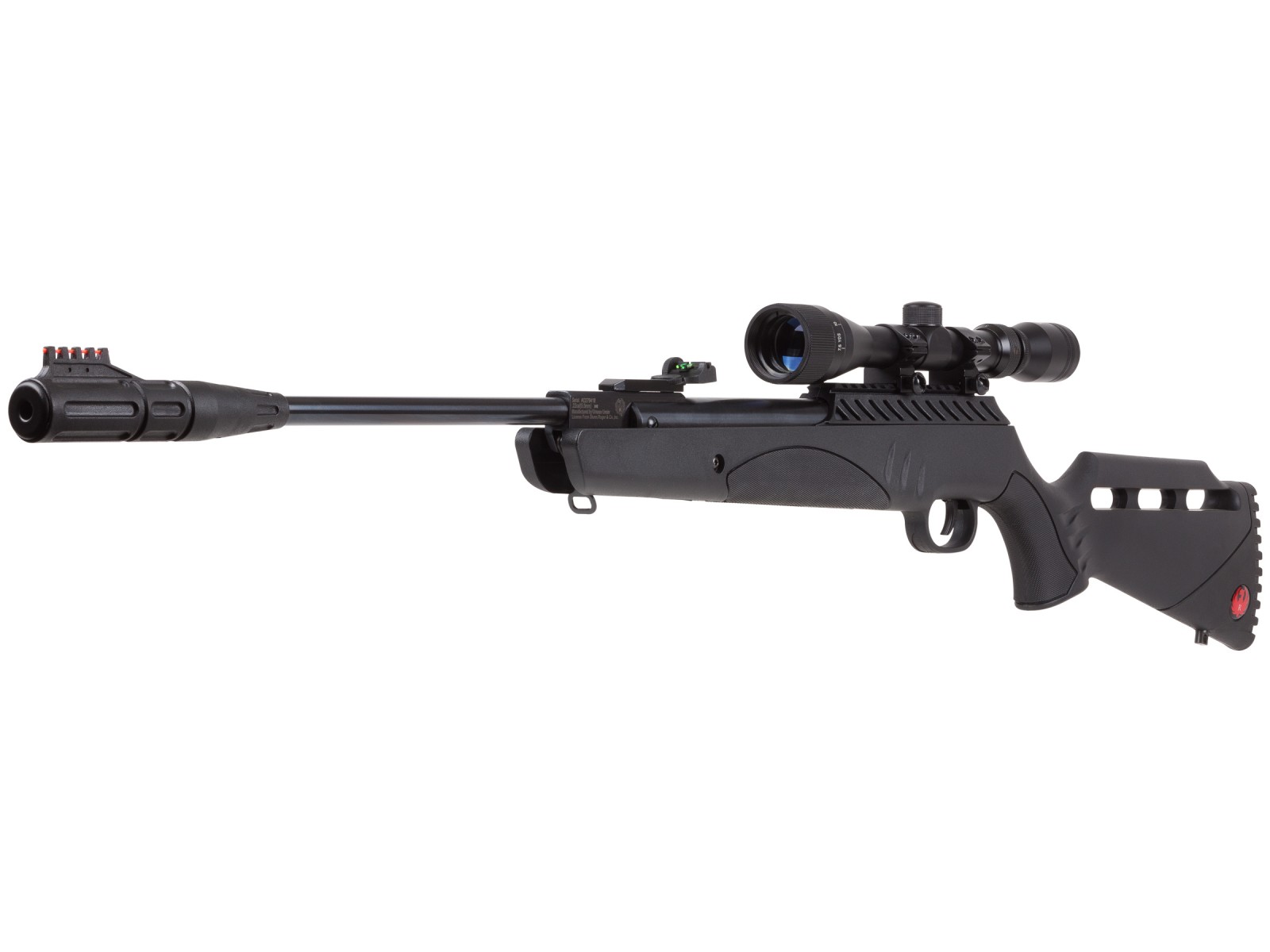 More of a pure airgun than airsoft rifle, but many people have been picking up the Ruger Targis as a top-quality option for airsoft snipers!

The fact that it comes already equipped with a high-zoom rifle scope and a SilenceAir moderator makes it fully prepared for some competitive warfare.

It’s supposedly designed to be ambidextrous which opens it up to a much wider market, and a rifled barrel gives it great precision in various situations.

Considering you can snap this one up for less than £200, the additional extras are a no-brainer - if you’re a stealthy player who likes to keep to the shadows, you might want to give the Umarex Targis Hunter a think… 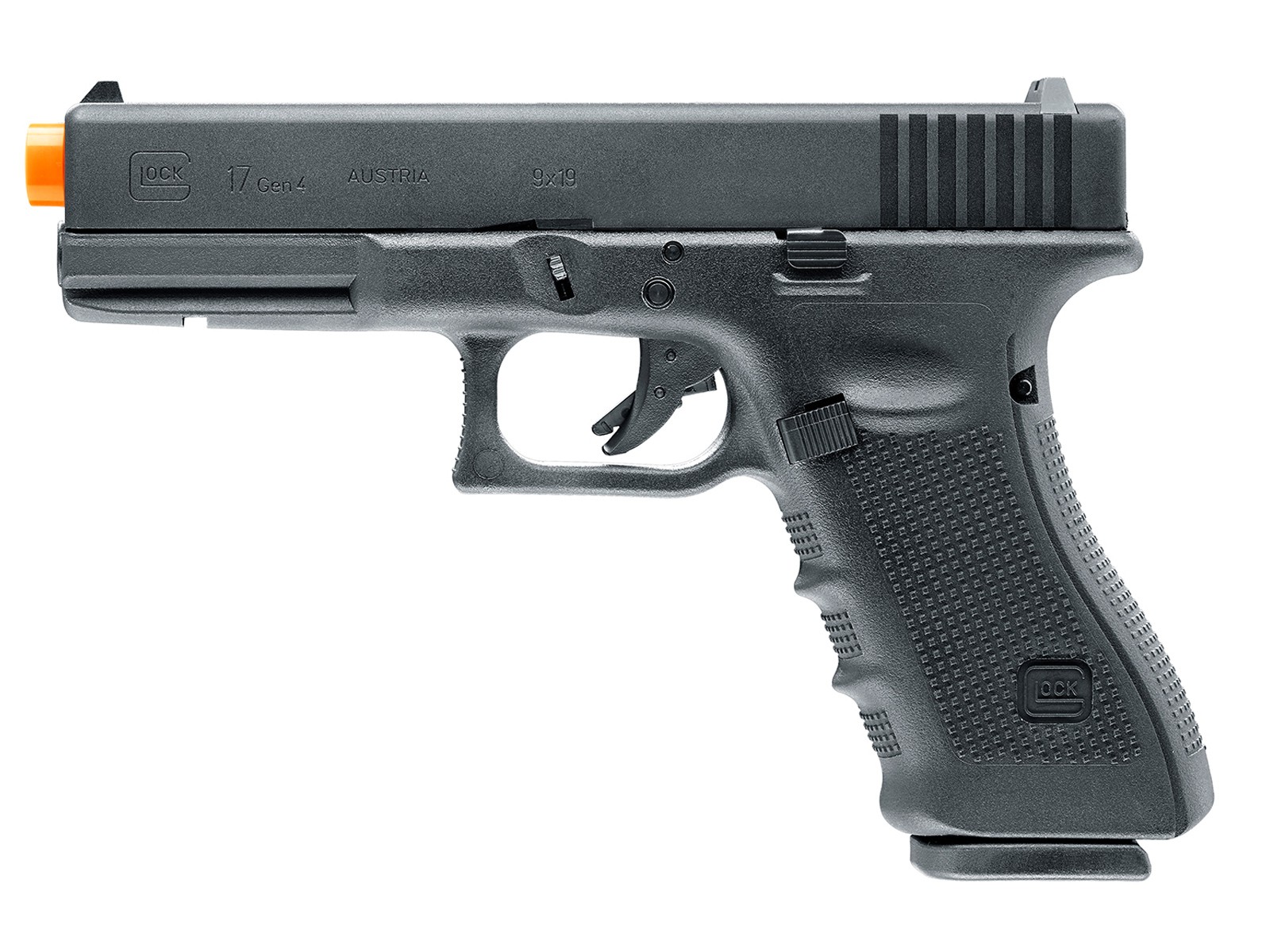 One of the most notorious pistols of the current day, the G17 has been converted into a near-identical airsoft edition by Umarex. The general view from current players is that the G17 is excellent as far as looks and operation are concerned; the reliability and accuracy are a great match-up to the real thing. Obviously very light, mobile, easy to navigate and quick to fire - all of these making it very effective from mid to close range in any game.

It should really be a staple element of anyone's loadout. In the case that your primary gun doesn’t quite fit the setting/scenario, the G17 most probably will. There are a couple of editions manufactured by other brands that you’ll be able to pick up for less than £100, but if you want the Umarex edition, you’ll be paying upwards of £130. 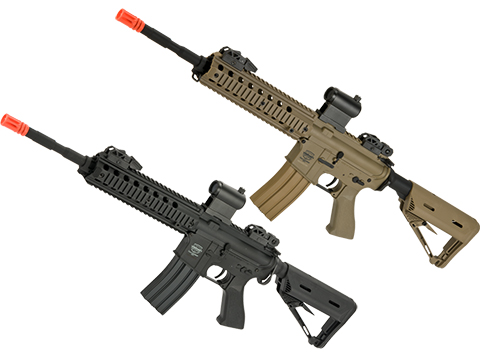 If you’re looking to go AEG, this is one of the surest options you can go for, when seeking quality, value for money and functionality. Obviously a big benefit of any AEG rifle is that it charges up and then it’s ready to use on the go without any hassle. This particular model  - the V-tac Valken - has at least 4 hours of charge time, more than enough for a days adventure. With that energy store comes a lot of power, too. The Valken can easily reach an output of 375 FPS, with lightning-fast trigger response.

The rifle has an adjustable stock, a built-in scope sight, and an extended magazine. It’s a very well made rifle that features high-quality plastics and fixings to create a durable, resistant product that’ll last you a very long time.

It’s usually quite an expensive product, but if you do enough searching on the right marketplaces, you’ll be able to pick one up for £150. 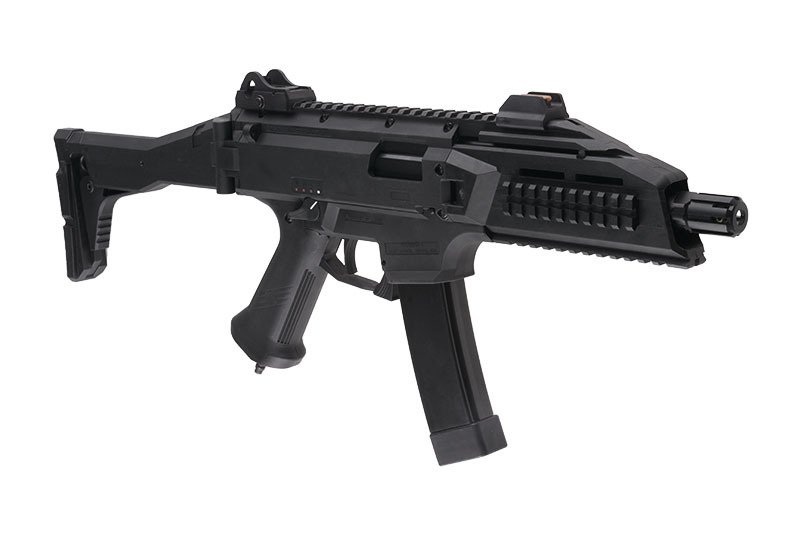 A modern sub-machine gun is exactly what you need to follow the current trends and popularity. Far more mobile than your shotguns and assault rifles, but with equally and if not more effective fire rates, reload speeds and accuracy. The Scorpion is a trusted model that’s been used for many purposes by many armed forces worldwide. This airsoft edition is again an electric, battery-powered gun that offers a range of 50+ metres and fire rates of 290+ FPS. The Scorpion has two different fire modes and can either act as a three-round burst or a fully automatic weapon.

It weighs less than 3kg which makes it so easy to move and stay agile whilst in a game.

This one is fairly expensive however - you’ll do well to find one for less than £340!