Airgun Review: The Artemis P15
Big Trouble From Little China - Artemis P15     My son has been driving me up the wall over the past couple of months as he insists on going vermin hunting with the Bullpup r...
Read more
Home / Community home / Reviews / The Ultra-Hi Model BB76 Pioneer
Be a contributor
Reviews · Airguns reviews

Not many people get to see or play with an antique musket airgun from the 18th or 19th century. These rare antiques exist but are difficult to find, may need specialist restoration when you do see them and even then they can still be incredibly expensive. Back in the 70s however a business called Ultra-Hi released an inexpensive bb musket-like airgun! Ultra-Hi Products Co. Inc. to give its full title, was located in Hawthorne, New Jersey and with the 200 year Bi-Centenary of Independence upon the nation this unique little bb gun called the BB76 Pioneer was soon on sale.

The association of specific American brands using Japan as a manufacturing base is already known and the Pioneer was indeed made in Japan as were some other Ultra-Hi products. In Japan there is very strict gun ownership legislation but because of this and out of the situation created by it, there is a wealth of experience in making replica guns. They really do love their 'guns' even if most sales in real firearms are heavily restricted. They have a long history in making good quality replicas, from diecast toy cap guns to  1:1 scale plastic gun model kits, plastic dart firing guns that led to today's airsoft replicas, to museum quality inert replicas and PFC Plug Fire Cartridge cap guns of the highest quality. 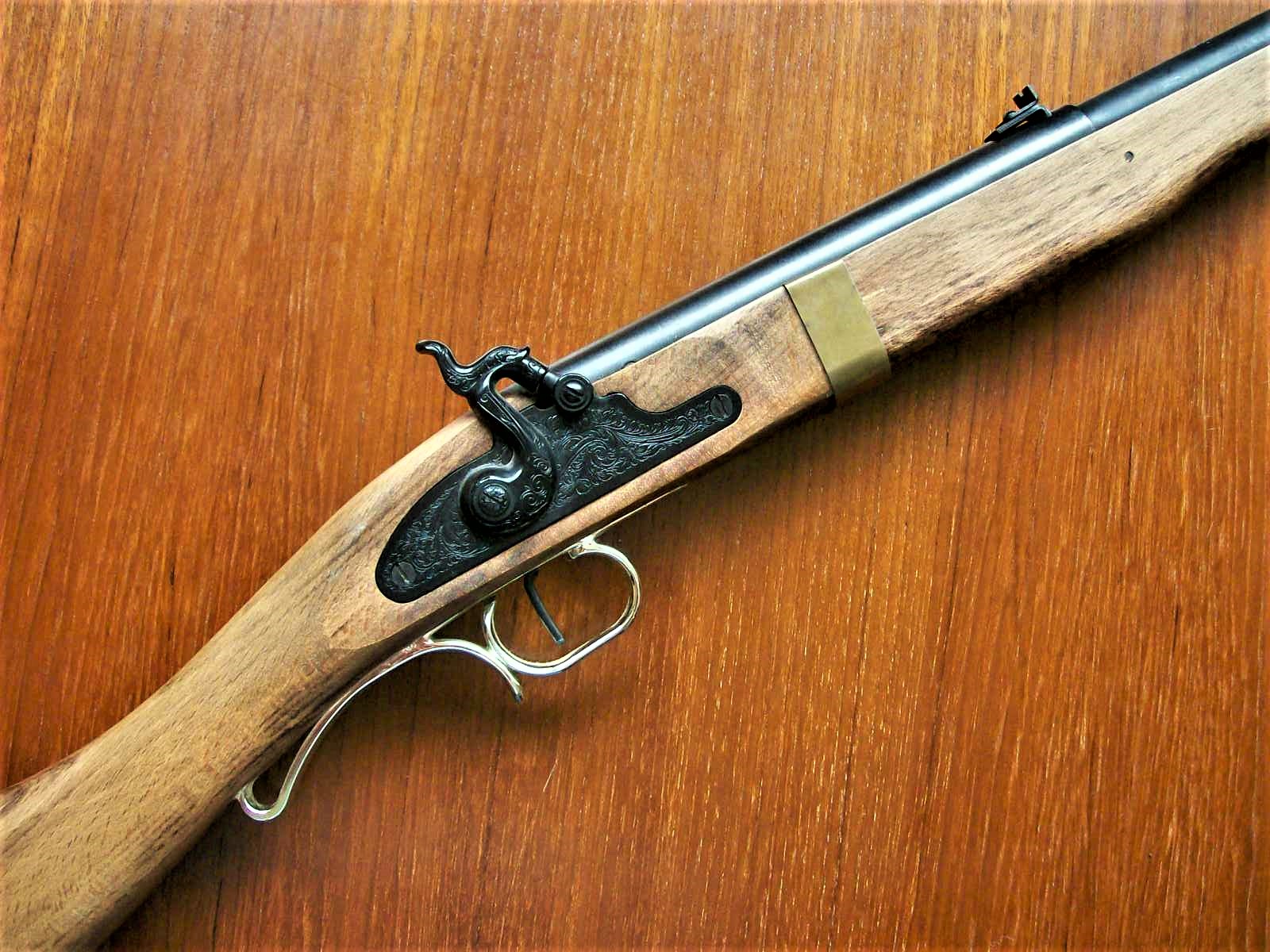 Of course there has also been an association with high quality airgun manufacture. Remember the super accurate lightweight Innova, the Ace and the Pan Target under the Sharp banner? Ultra–Hi also made or had made for them simple bolt action .22LR rifles and of more interest to us here, muzzleloading and black powder supplies. So maybe that's where the idea came from. These items can still turn up today in emporiums as discounted very old unsold stock.

So back to the Pioneer then. This example was acquired many years ago in a trade with one collector. To be frank it was obtained as a curiosity as with only one other bb long-gun in the collection, simple bb guns were never a must have. That changed!

This Pioneer is based loosely on a period American musket. A little bit of artistic licence was involved as Rev. Forsyth in Scotland invented the cap firing system as used much later on all percussion guns, when the time frame of America's independence predates this by a good 40 years. Who cares! The Pioneer looks like an early musket in the Kentucky style and the owner's manual states boldly “There’s nothing on the market like it!”. 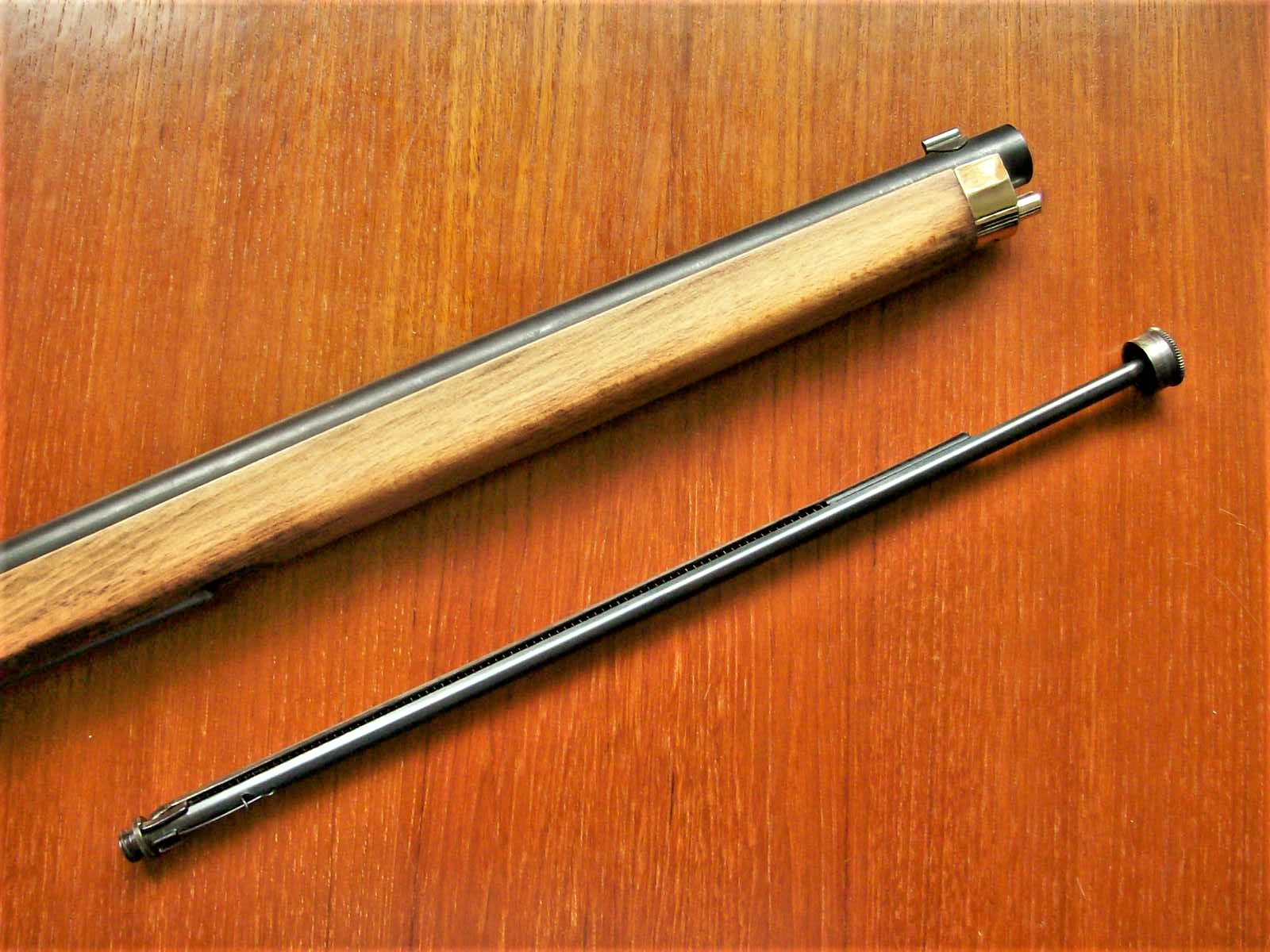 The stock on the Pioneer is made from beech with a stain applied. Everything found on a real musket is represented - the fancy trigger guard, the rear butt plate, the fore-end cap with fake protruding ramrod tip and the patch box, which is purely cosmetic and unfortunately doesn’t open. Most all ancillary parts are made in plain black or gold-colour plated plastic. This decision to use plastics rather than diecast metals could prompt the comment 'if only'. Historically, it appears from items seen, that Japan's toy industry has used plastics more whereas Taiwan, another Asian toy centre, has concentrated on metal casting technology. The exterior barrel tube is however metal with rudimentary open sights provided and even the rear sight is adjustable.

The magazine shot tube is loaded up with 50bb's then it’s inserted down the spout of the outer metal barrel tube and looked off. Other than opt for a light spring cocked by the trigger guard the Pioneer was designed as a proper underlever airgun and has a suitably stiff mainspring to cock each shot. The short underlever resides hidden fully within the wooden stock frame and from a distance nobody would know this is in fact an airgun. The weight however with all those plastic parts means it is light at only about 4lbs and that's despite being a full length 'long-gun'. 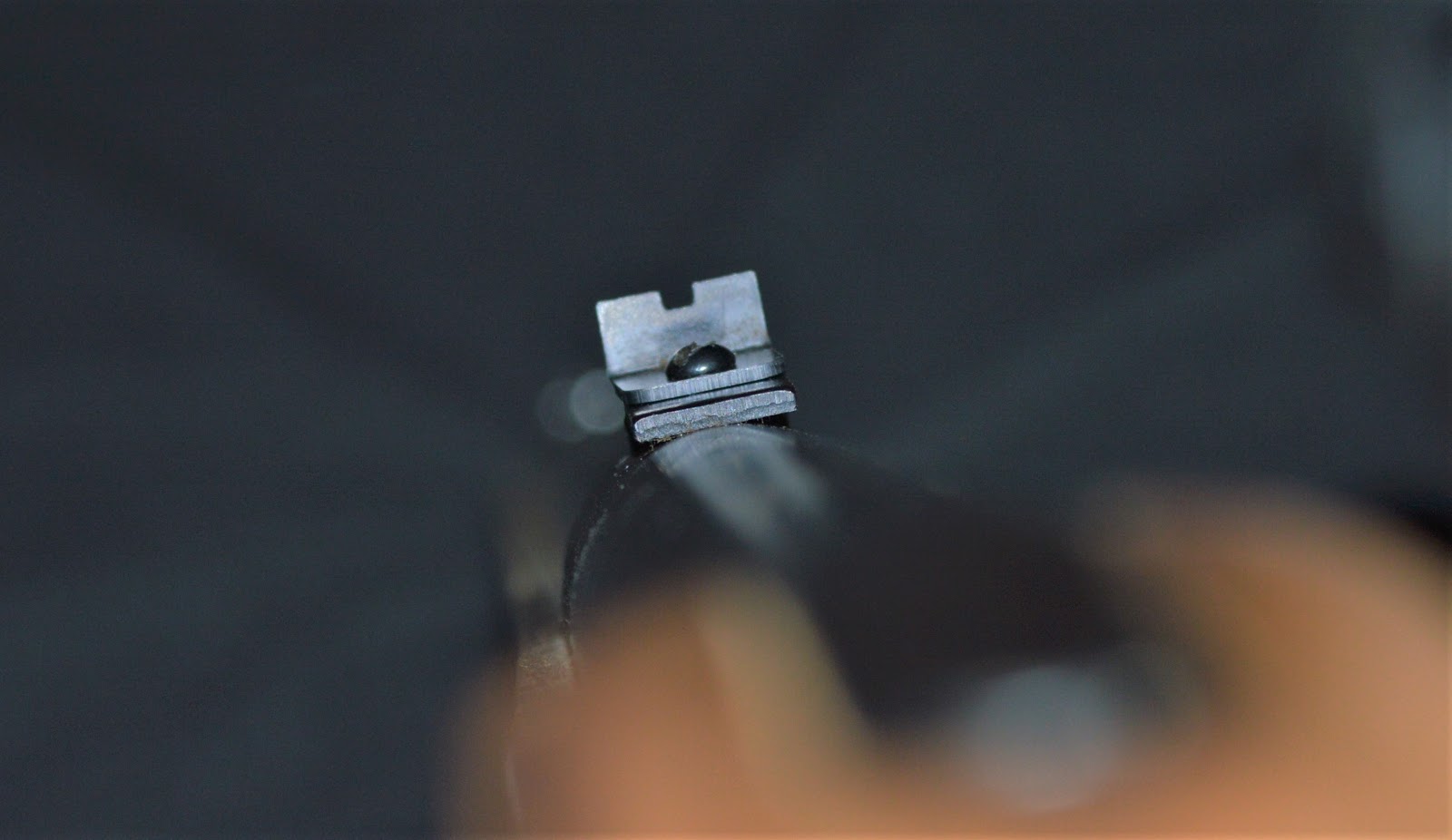 Cocking the Pioneer is straightforward and a BB ends up ready to go and the sear engaged as on any other bb gun. However the design team incorporated a neat safety function. The plastic hammer blocks the trigger from releasing the cocked sear. Treated as a safety, the hammer needs to be pulled back as if cocking the real musket and the internal device is cleared. Neat! Very inventive, this little feature then allows the gun to fire.

The hammer itself is now under tension by a separate small spring and then falls forward when the trigger is pulled and the gun discharges. There’s a slight time lag as the sear and the hammer are separate and have no association to each other - other than by the trigger, but it does give an authentic feel to the design. Of course the hammer has already done its job before being cocked back, so it has no function at this point as it’s released and returns to its rest or stop position. The Ultra-Hi manual quotes this feature as, wait for it – the “Double-concealed loading lever-cocking hammer!” - Well now you know. 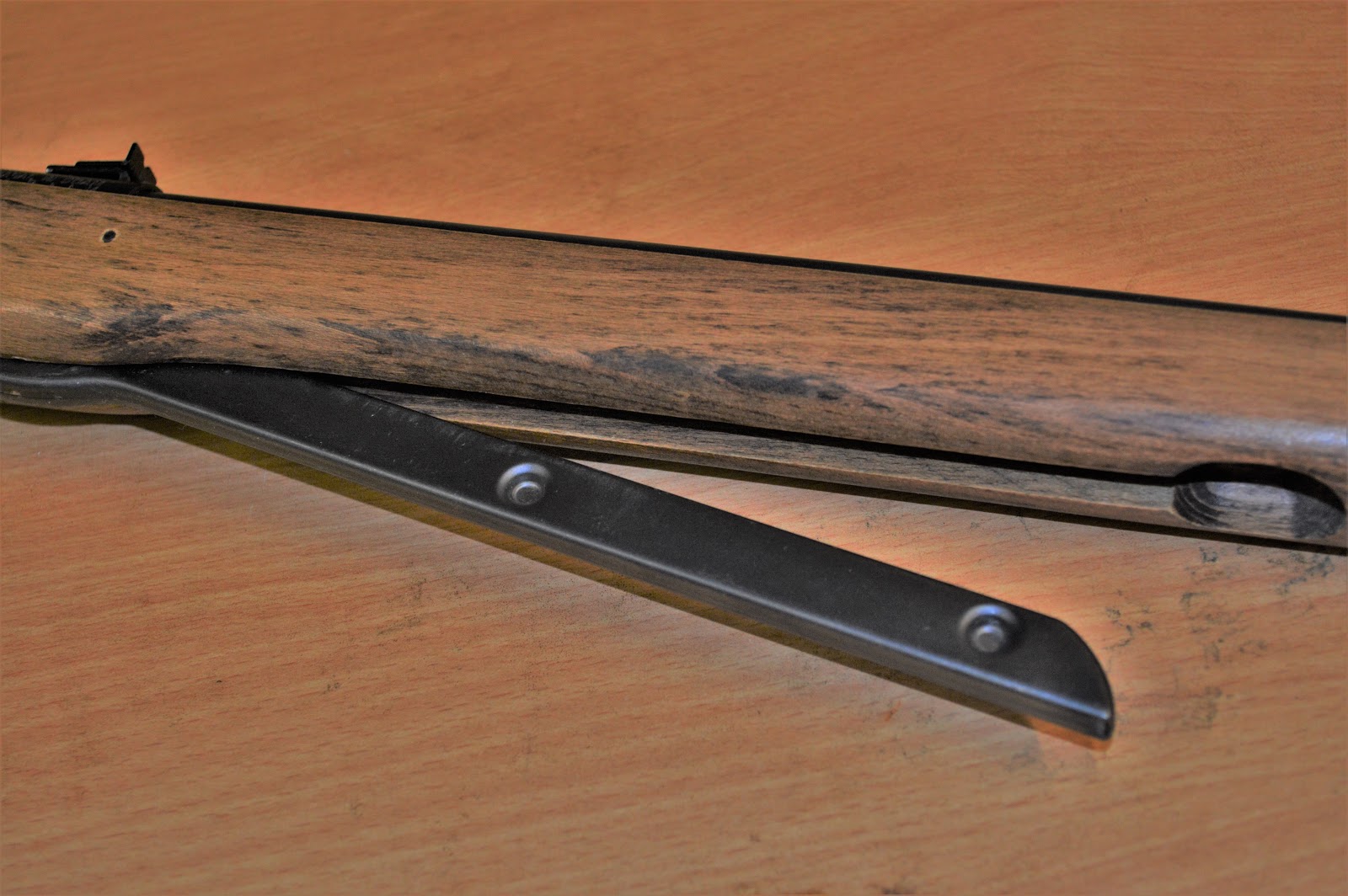 Ultra-Hi made a serious attempt at marketing this little bb gun and their Owners Manual shows a schematic of the gun with each part listed and priced accordingly. The manual consists of some thick paper stapled together with a two part warranty card. A lot of effort and thought went into getting this gun on sale and it's a wonder as to why or how the company folded or resigned the Pioneer to history after the Bi-Centennial celebrations ended. For some time, back in the early 1980s, these were retailed by the gunshop Whaleys of London, who had a long association with American imported airguns. They famously modified and tuned the Crosman pump up pneumatics as special limited editions with fancy stocks and modified valving to allow double shot capacity. It’s a guess that the unsold Pioneer stock, slow to move, was snapped up years later and exported to London where it was then sold before stocks finally ran out. Consequently in the UK, these scarce guns are seen more commonly than would normally be expected for such an eclectic American item. 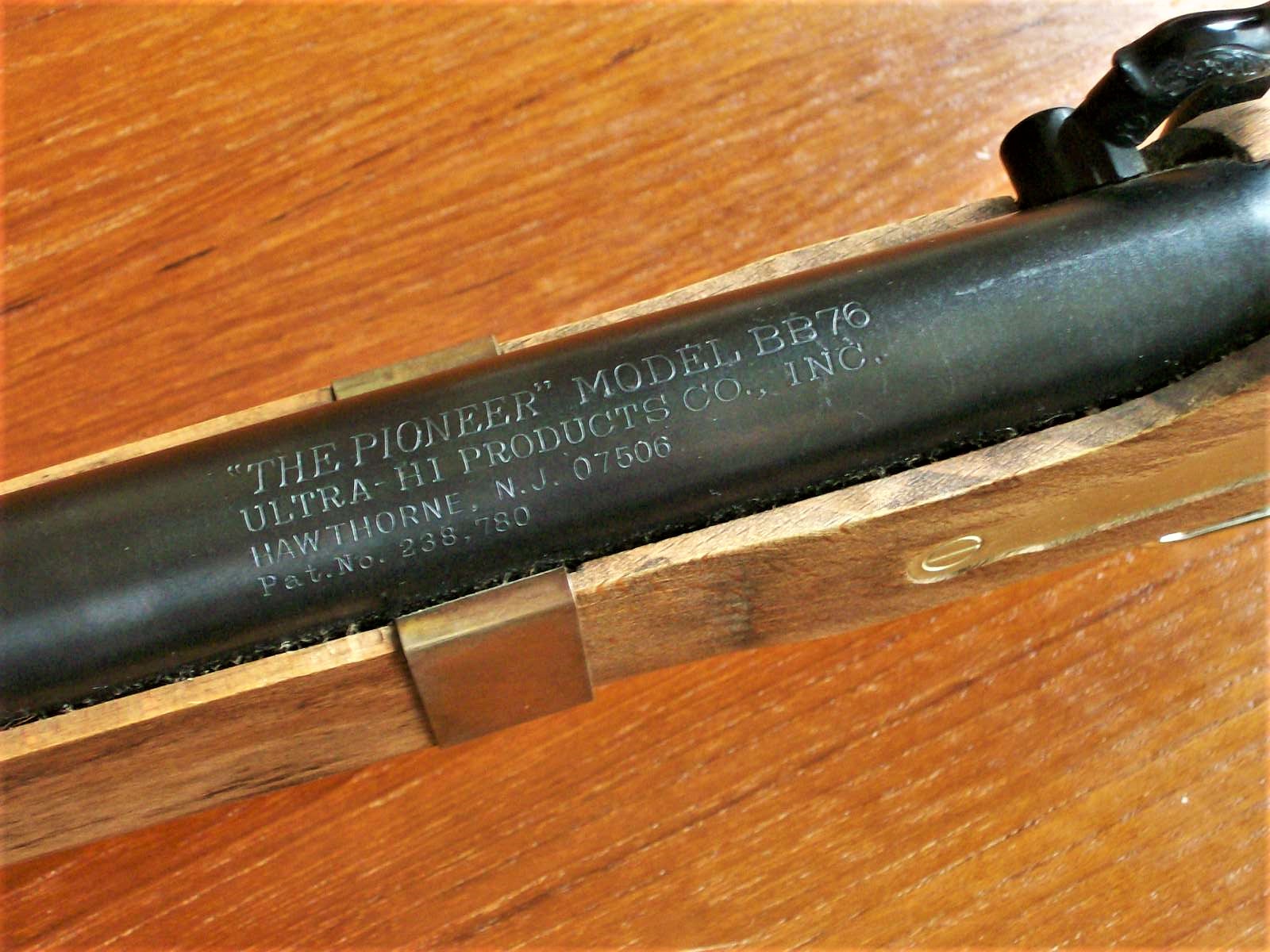 Very oddly the guarantee card shows a second item; a period pistol alongside the Pioneer. Airgun collecting throws up many red herrings and it would be forgivable to ask  'is there an airp…..?’. It would have been very possible to have a scaled down version sold as a pistol design. However, until you actually know what's what, sometimes it’s best not to guess! This illustration may have been included to hint at a possible future model or I guess simply to give some added atmosphere. To finish, the Manual relates how “This Ultra-Hi Model BB76 Pioneer Air Gun is one of a kind”. Still true even today! 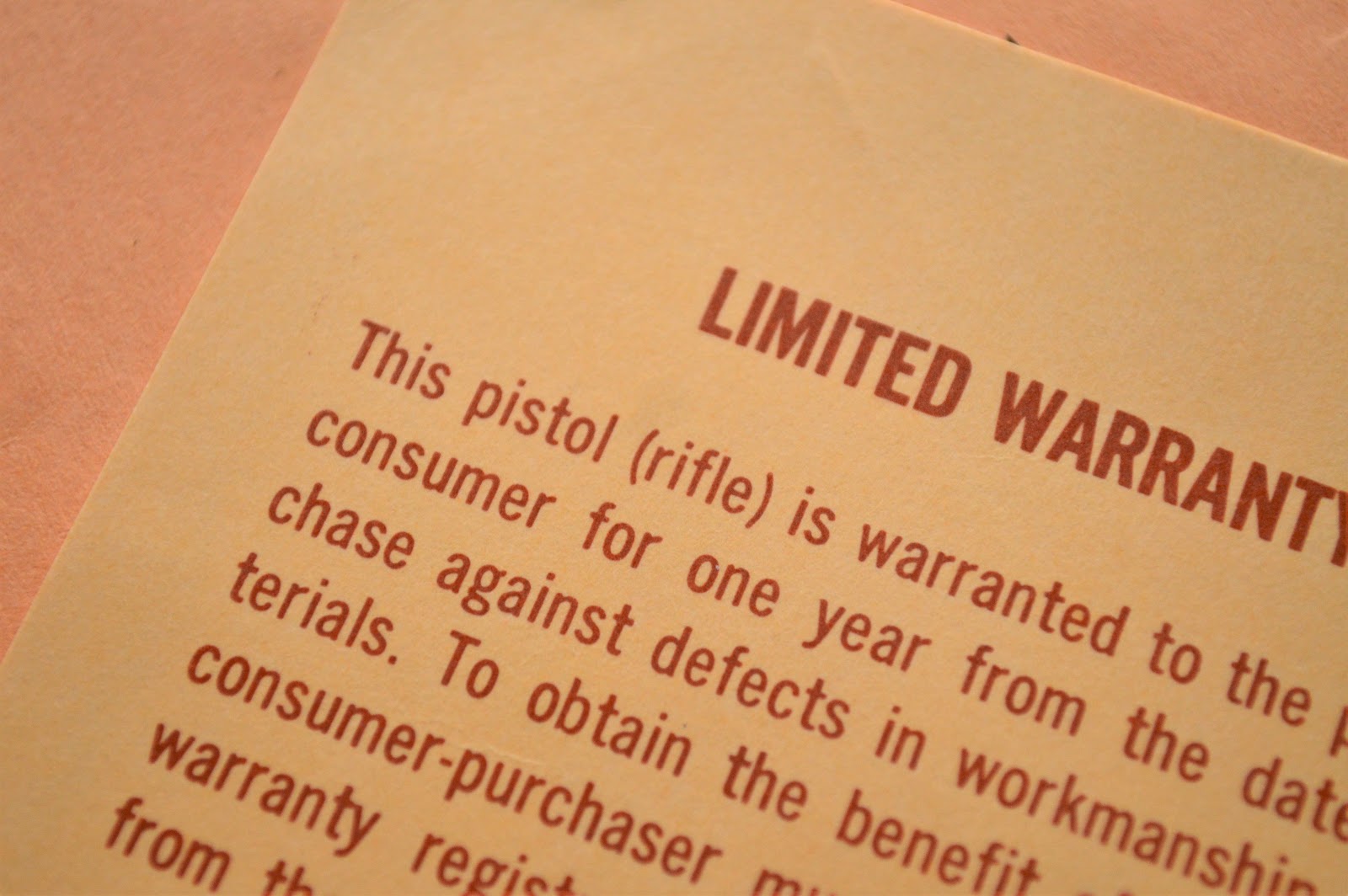 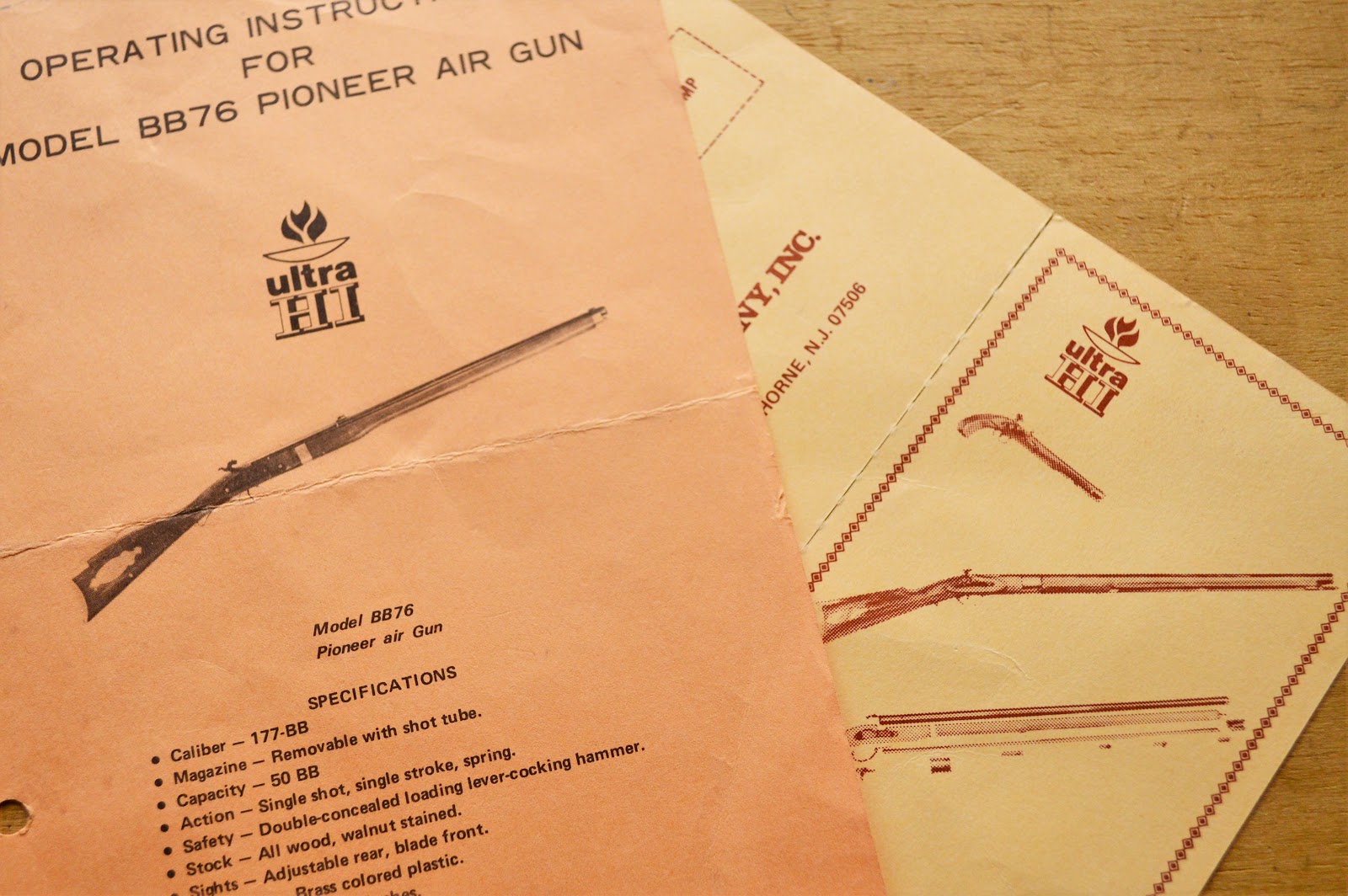 A Pistol is even illustrated.