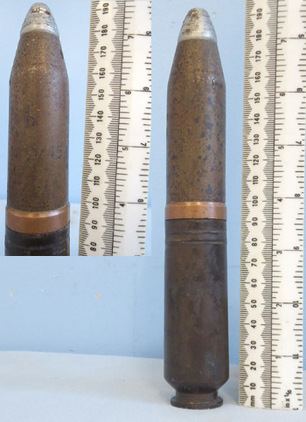 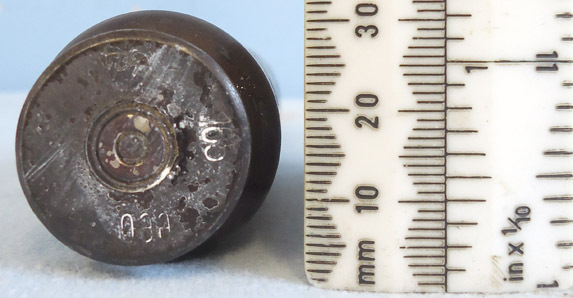 INERT DEACTIVATED. This is a German WW2 1945 dated German 30mm MK 108 (30x90RB) Tar Filled Practice (M geschloss) aircraft cannon round fitted to various German aircraft during WW2, including the Me262, Me163, and the Me109. The steel cartridge case retains some of its original brown coloured lacquer and has an electric primer. The headstamp is eeo (Deutsche Waffen- u. Munitionsfabriken AG, Posen plant) 165 - Click here to reveal phone number - The steel practice Type B Minengeschoss (High Capacity) projectile has a copper driving band and retains part of its dull green finish and is stencilled in black ?k? ?/45 round the circumference. The nose is fitted with a silver painted steel plug resembling a AZ1504 fuse which was fitted to 20mm cannon ammunition. The cartridge case has no cracks to the necks. It is probable that this round is experimental, as these rounds have never been seen with a AZ 1504fuse. Price includes UK delivery. Sn O 1089 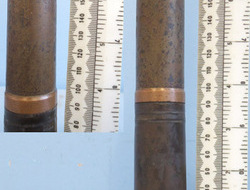