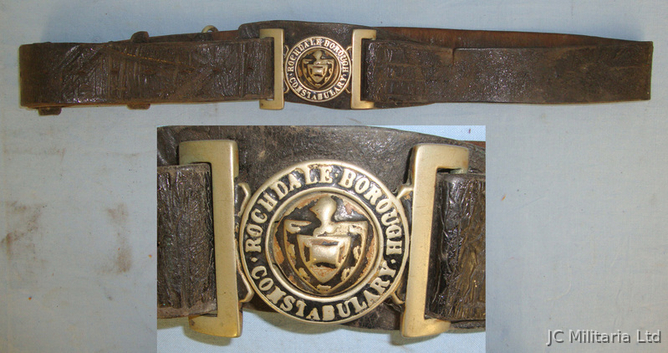 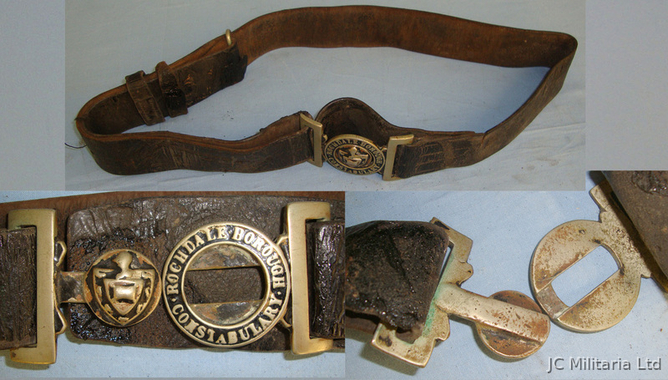 In April 1857 when the Rochdale County Borough Police was formed, there was a total of 15 serving officers: one superintendent, two sergeants and 12 constables. The Constabulary later amalgamated with Lancashire Constabulary. Rochdale is presently policed by Greater Manchester Police. This is an original Victorian period Rochdale Borough Constabulary Police uniform leather waist belt and 2 piece brass clasp. The waist belt is dark brown leather with 2 adjustment loops. The has areas of surface wear and areas of it appears to have been exposed to heat at some point in its life causing blackening and cracks to the leather in patches. The belt is complete and wearable. It is 36" long when laid out flat with a folded extension piece which has an additional length of approx. 13” held in place by a brass bar adjustment buckle. When locked together the 2 piece brass clasp forms the badge of the Rochdale Borough Constabulary. The price includes UK delivery. Sn 18830