When collecting anything - but especially airguns - if you blink, you can miss something.  Airguns take time to design and then fabricate, so how do we miss a recent release without even noticing? Visiting an old gun shop, there left forgotten in one corner was a rather unusual looking air rifle. German or possibly Spanish? A fixed barrel underlever springer, but with a trigger that came away from the action as it was actually part of the lever arm – how's that for weird! It was obviously of recent manufacture but a total mystery. Down the side of the main cylinder in small stamped lettering was the following:

'WINSTAR MACH 1 DE - Made by RUTTEN AIRGUNS HERSTAL BELGIUM - Patented over the World'.

Rutten who? Belgium? At just a little over 45”, this was one meaty airgun to get to grips with. In a very sleek and sporty beech stock which was unusually in ambi format, it just wanted to be tried out and needless to say it was purchased. It pays to keep your eyes open in old English gun shops.

Examining this on the bench, it’s a fixed barrel design made in blued steel with some alloy parts such as the under lever that’s held shut by a locking switch within its trigger guard frame. Releasing the switch allows the underlever to free down and then you swing it forward. This offers some resistance as the spring is actually being compressed by this movement to cock the mechanism when fully extended and then by the application of weird science, the spring is compressed again on the return of the arm.  Let's repeat that - this design actually compresses the spring on both the forward and also the reverse compression of the short 15” lever whilst cocking the action. It halves the effort needed to cock the beast. That there are also 2 springs inside is unusual but not unheard off. 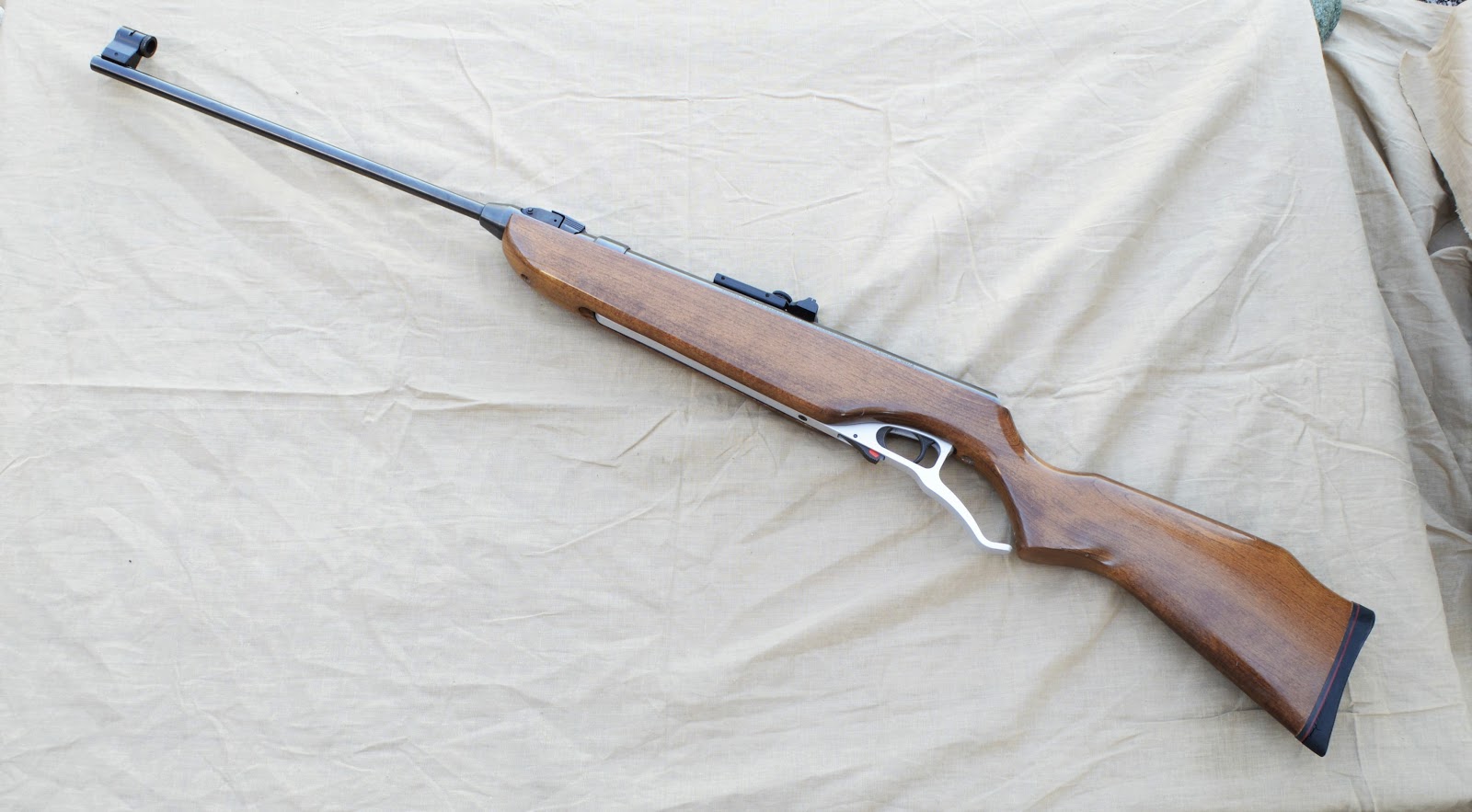 If all this was not interesting enough, the trigger as mentioned or more correctly the trigger blade comes away with the lever arm. Some airguns such as the Britannia Air Rifle discussed here elsewhere also have a separating trigger. The trigger blade is used then as a simple lever and it doesn't have to be complicated, only well made. Underneath the main cylinder a frame holds the moving assembly linked to the underarm lever and the trigger mechanism proper is attached to the rear end and actually moves back and forth as you cock the gun. The cocking assembly moves in two slots fore and after in a scissor action towards each other in the supporting frame.  Bringing the arm back into place, you lock it shut by pushing the switch.

For loading, a trapdoor mechanism reveals a lozenge shaped loading port. This appears to be the end of the actual barrel that has the last few inches milled off flat to reveal the bore and from the muzzle back to the front of this pellet hole is 17.5”. The trapdoor comprises a chunky block and a cover with the latter connected to a short arm in the block underneath, pushing a snib forward into the action when shutting. There’s an O ring seal to the horizontal underside of the block and the whole assembly folds down, locks and seals over the breech keeping the air behind the pellet on firing. That's proper engineering. The gun's identity is stamped here and this one is Serial No. R01904 with the added stamps to alert users that it’s 'Cal 4.5mm/.177' with some pellet logos. The upper flap has a nicely engraved maker's logo of  'RA' in a stylised graphic lettering. 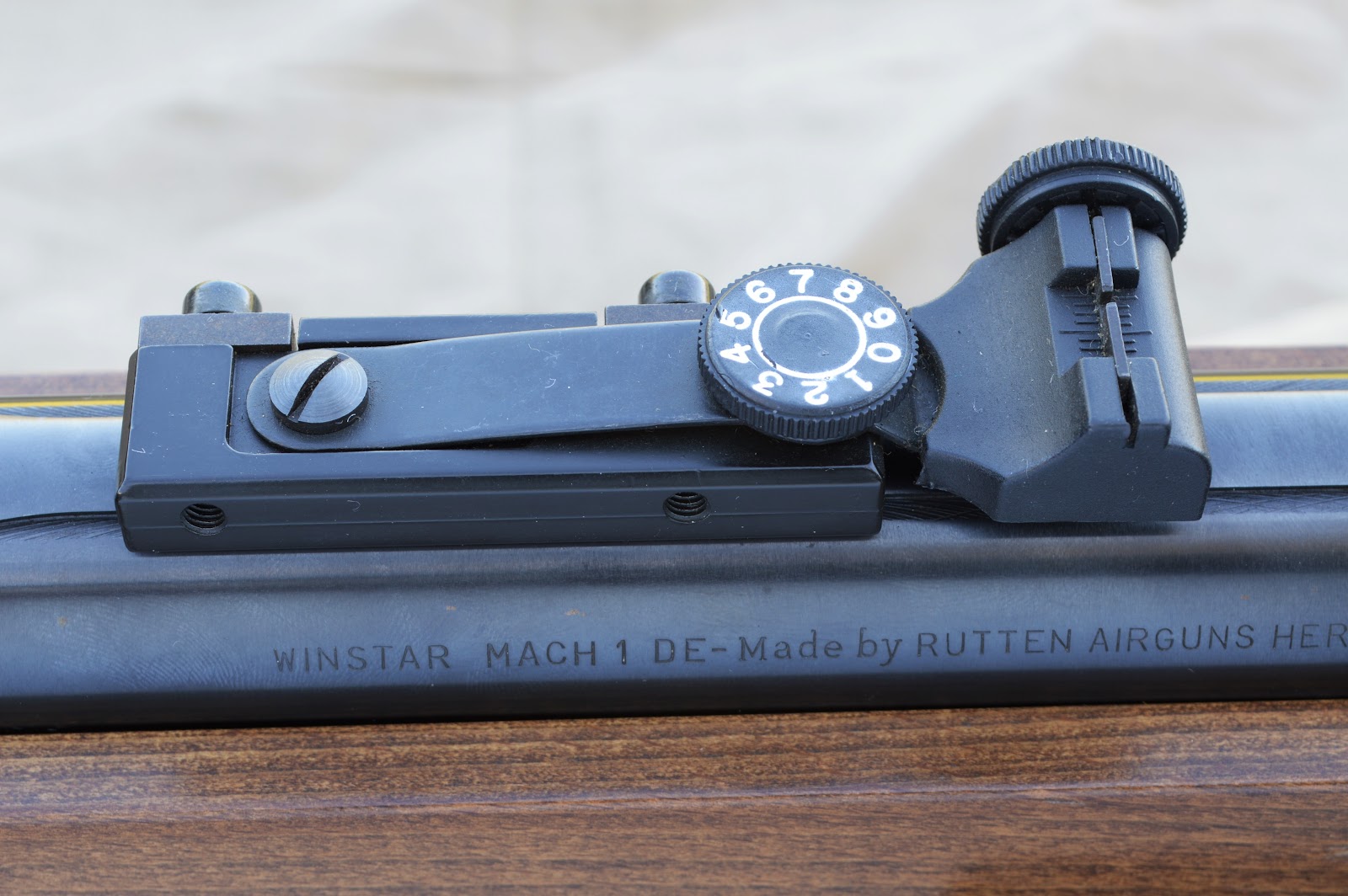 Milled scope slots are machined into the thick steel cylinder for a full 10” so as to accommodate any scope set-up. The open sights are good on their own with an alloy tunnel foresight clamped to machined slots on the barrel  and the clamping rear sight is a multi part assembly in steel, alloy and plastic. The other reference to the maker is on the moulded rubber butt pad with 'RUTTEN AIRGUNS' shown in raised lettering. A well made piece of airgunning history and a pedigree gun that escaped under the radar. Time to do some digging.

The same outfit made a very well designed air pistol called the Rutten Winstar HS 550 and these are seen for sale occasionally. Typical boxing for these shows the company logo as 'J&L Rutten, Herstal'. The name Jean Rutten keeps coming up. A quick search reveals information on a very talented guy with patents in the late 80s and early 90s for electric airgun mechanisms. Sound familiar? The unique Airstar from the 1990s was an inventive electric cocking air rifle sold here with Browning badging. Today we take the electric AEG 6mm airsoft for granted but back in 1990 this was hot stuff. The Airstar appears to have shared some cosmetic features with the Mach 1 such as a loading port trapdoor and so at a guess that may have been the initial airgun made in association with or for Browning. 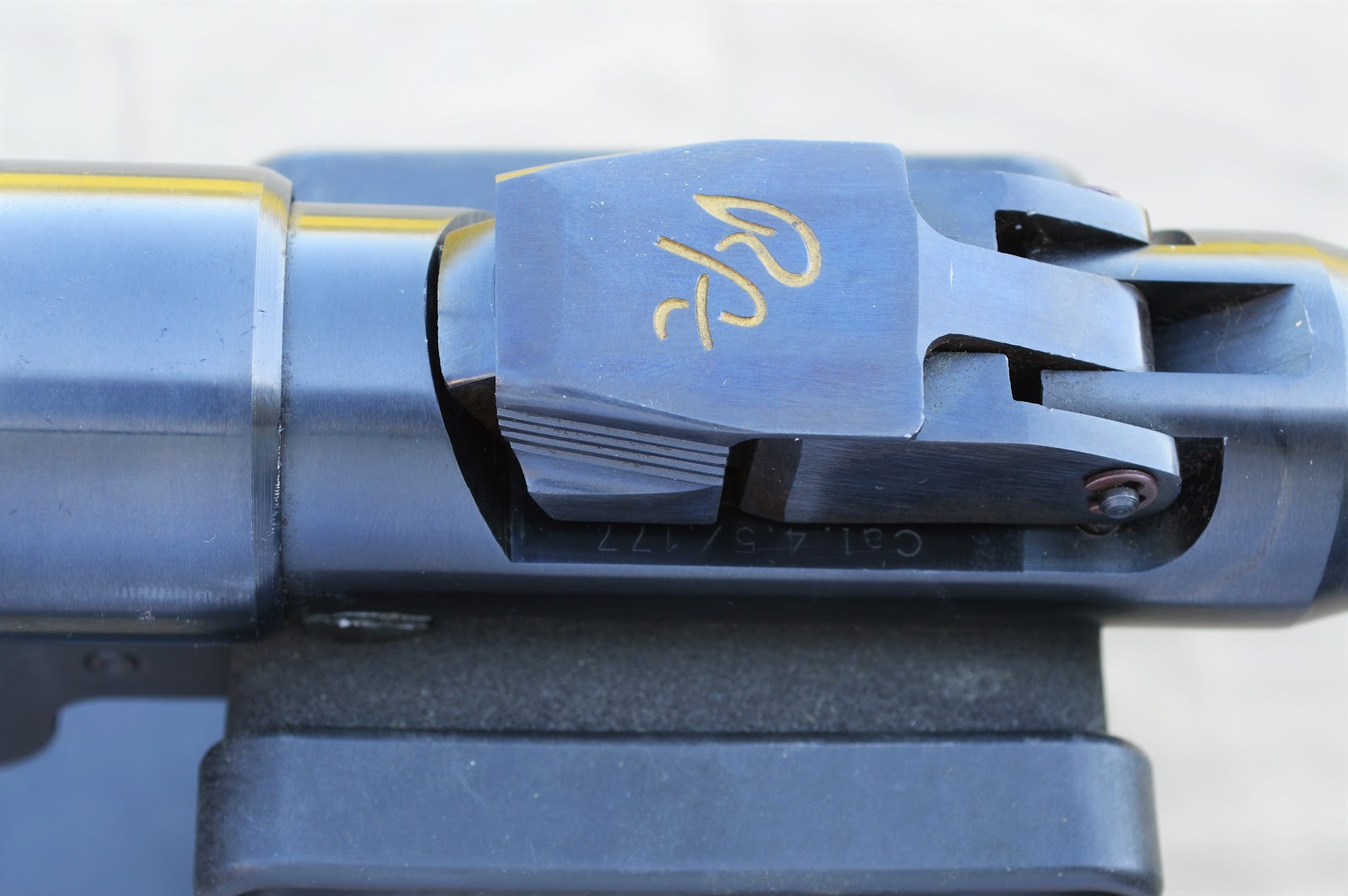 The Mach 1 shown here is the original Rutten badged Winstar Mach 1 DE. There’s also seen a match target version released most likely afterwards in lower power called the Winstar Pro 2000 DE, which had a squared off stock and a pistol-like grip with the end of the under lever arm styled differently to accommodate that grip. This target gun had an adjustable butt pad and the sights appeared to be a peep sight to the rear with a tunnel foresight, but this was made as a slip on combo unit. It was less powerful than the Mach 1 for target use and may have used only one spring or a modified cocking assembly.  Those standard Mach 1's that appear with the German 'F' mark indicating a low power airgun tested for use in Germany could’ve been modified likewise for import there.  These fine Mach 1 airguns can show minor differences with no chequering at all as in this example, when others have some to the grip and also a long sticker badge to the left side of the stock giving make and model details.

Herstal is well known for gun manufacturers Browning International and Fabrique Nationale. Browning's interest continued with the Vectis 220 which appears to be later post Millennium and circa 2002 and this has a slip on foresight assembly as seen on the 2000 DE and with a similar much squarer stock. The rear sight seems to be chunkier too and possibly plastic. The lettering on these later guns appears etched with the following:

'VECTIS 220 Manufactured for Browning International' along the cylinder. 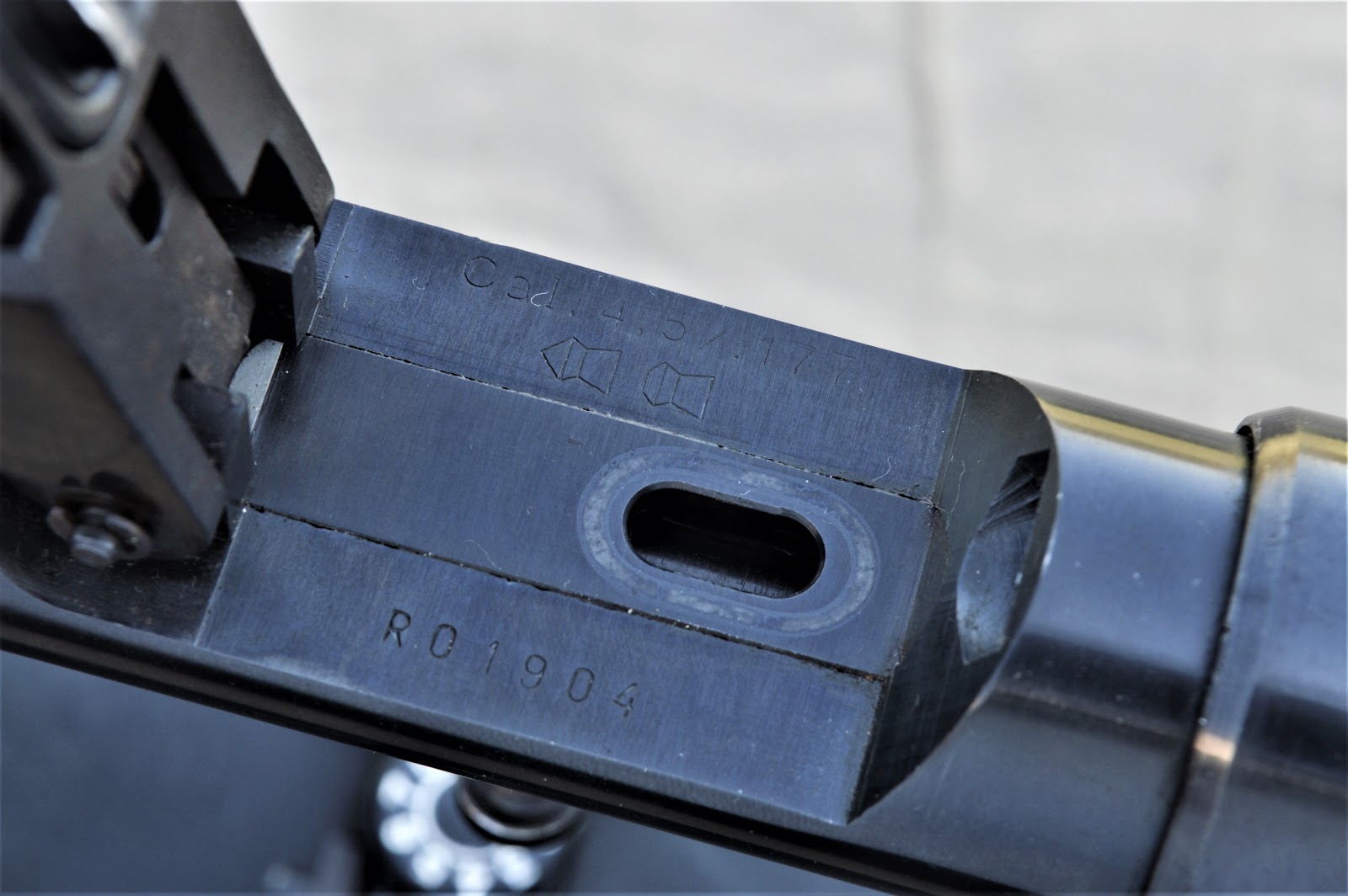 There is - occasionally seen - another version believed to be called the Rutten Winstar 250 DE which appears as a Mach 1 but with the alloy underlever being finished in a nice satin black finish and there are also some vague references to a FN (Fabrique Nationale) Winstar 250. On some of these there’s often no thick steel collar or band as on this Mach 1 between the breech/barrel assembly and the main cylinder but a raised knurled banding on the action cylinder. That feature was seen on the very much older Airstar. At this point you may hear of a Winstar Model 250 and 300 HS and these are actually break barrel airguns but of interest one has a double spring system.

Another third more recent release was again called the Browning Vectis 220, but this has a redesigned arm lever. Instead of a long bar to the end lying under the wrist area of the stock as with all previous models, it has a closed loop in the spirit of the old Winchester repeaters of yesteryear. With this later airgun, there’s also a shorter carbine option called the 220 Compact that can be seen with no foresight but sporting a slip-on silencer. These later guns have the same stylised Browning Deer logo added to the wood stock near the pellet breech. With a name such as Browning involved, one would imagine there to be many of these quality guns around. Total output could actually be very small due to the high quality of manufacture. Not many Mach 1 or Vectis turn up for sale with more being seen in the USA than elsewhere. There appears to be no information as to whether any other calibre was ever available, so we must guess that .177 was it. 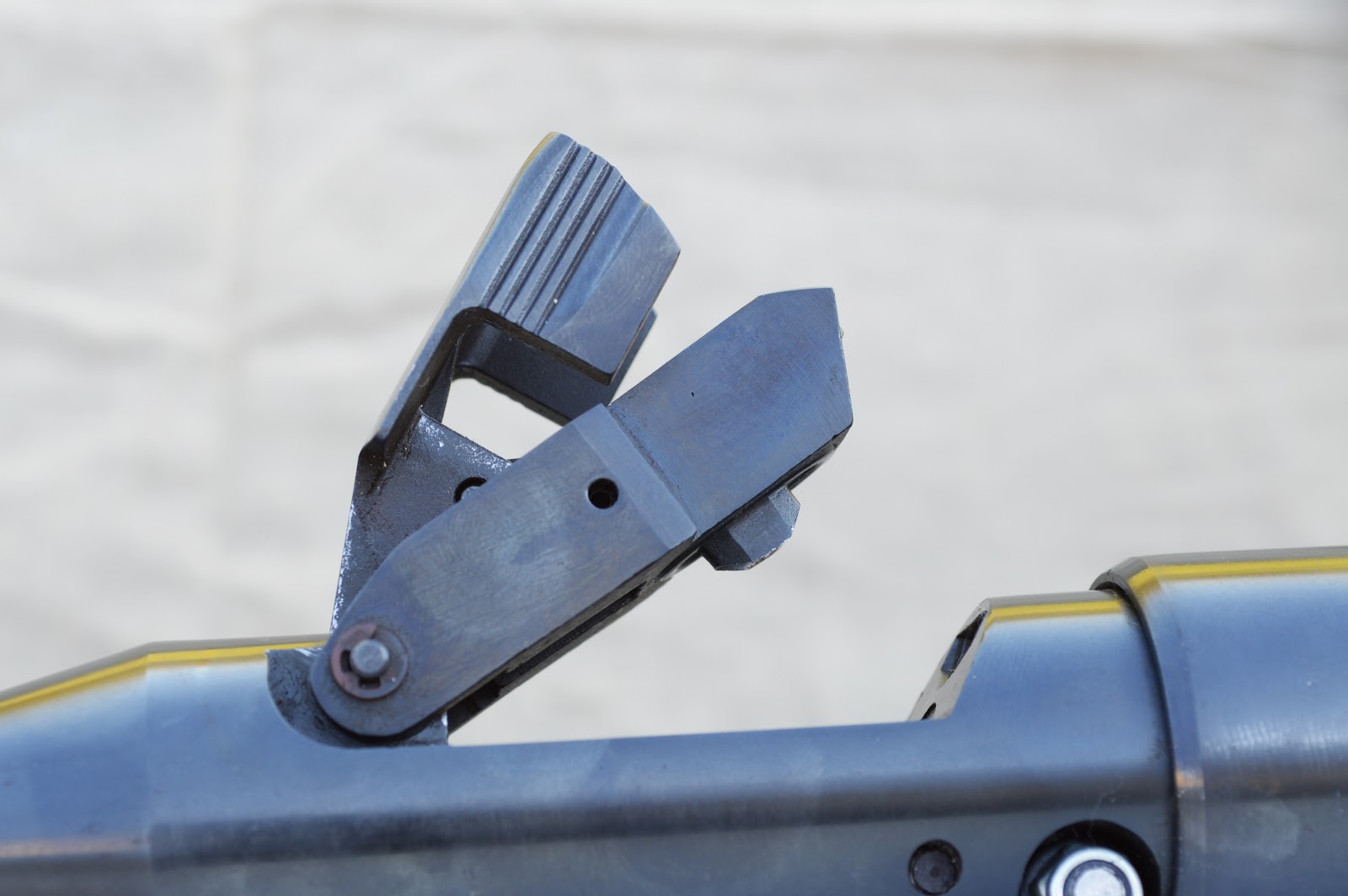 The Mach 1 is easy to use and has a silky smooth action. The short underlever arm coupled to the moving assembly makes light work of long plinking sessions. The trigger is the real surprise and doesn’t seem to be at all affected by the separation of the trigger, each swing of the underlever. Recoil is mild thanks to the internals, but also being a heavy gun the action absorbs some of the kick and if held lightly, doesn’t wriggle off aim on each shot. On this gun with such a long sight line and those good open sights means no need for a scope either. Reversing the rear sight helps even further with the sighting giving an extra two inches eye distance.

With fiddly tiny .177 pellets, it takes a little time to get used to rolling the pellets into that tiny lozenge shaped breech hole. The crack of the muzzle does seem loud and this may be a gun to try with a shroud/silencer and scope at some time in the future as, after all, that’s what they did for the later Vectis 220 Compact carbine. The barrel should take a slip-on adapter easily and it’s approximately 15mm o/d. One thing noted was the barrel muzzle is counterbored back enough to protect the crown from damage. 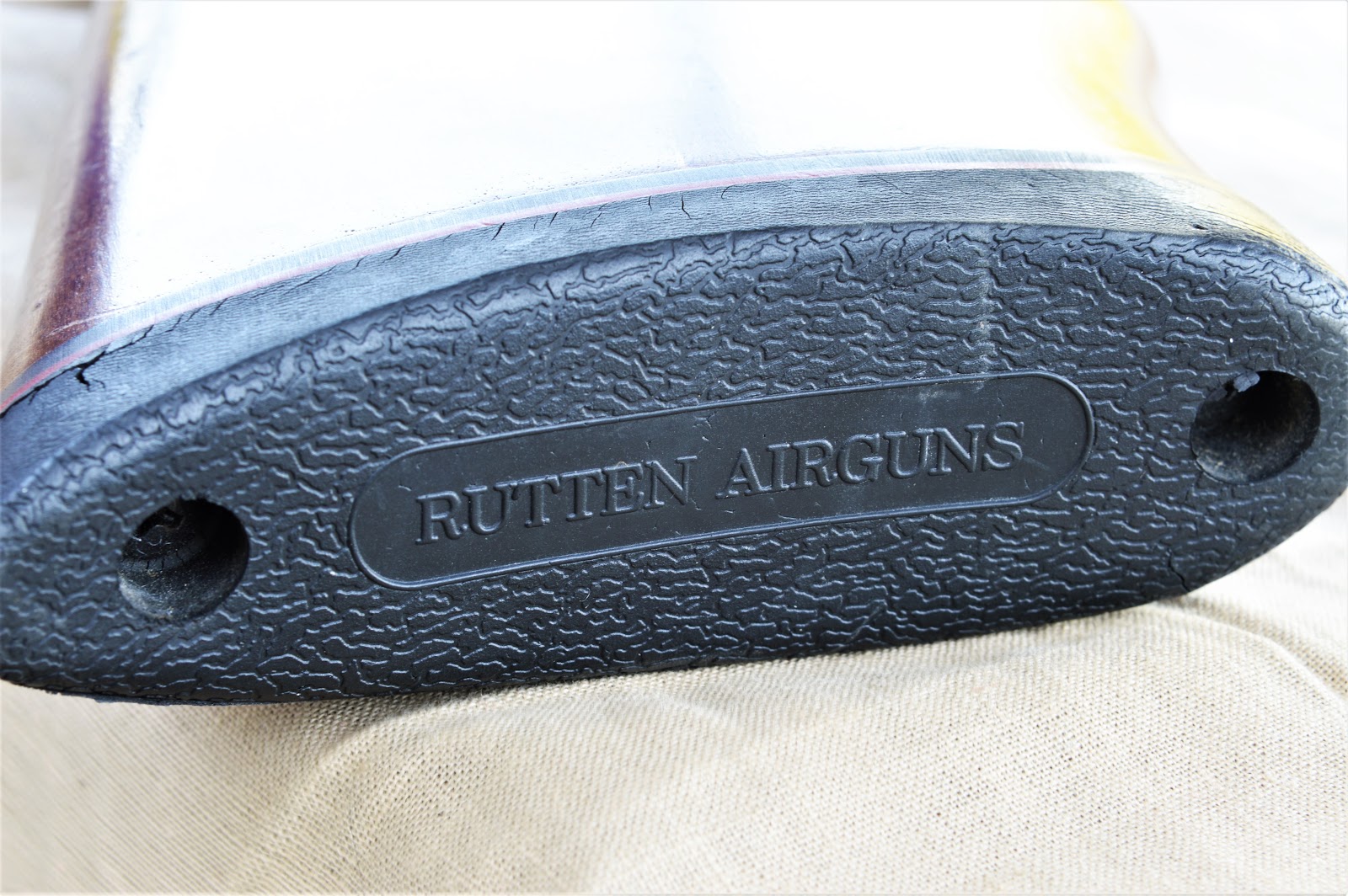 So there you have it. Never be surprised to admit you didn’t know about something; the thrill you get at finding a new unknown toy is worth the embarrassment. Since finding this rarity, the air rifle still lives in the gun cabinet and a good piece of advice when visiting old English gun shops - never ever blink! 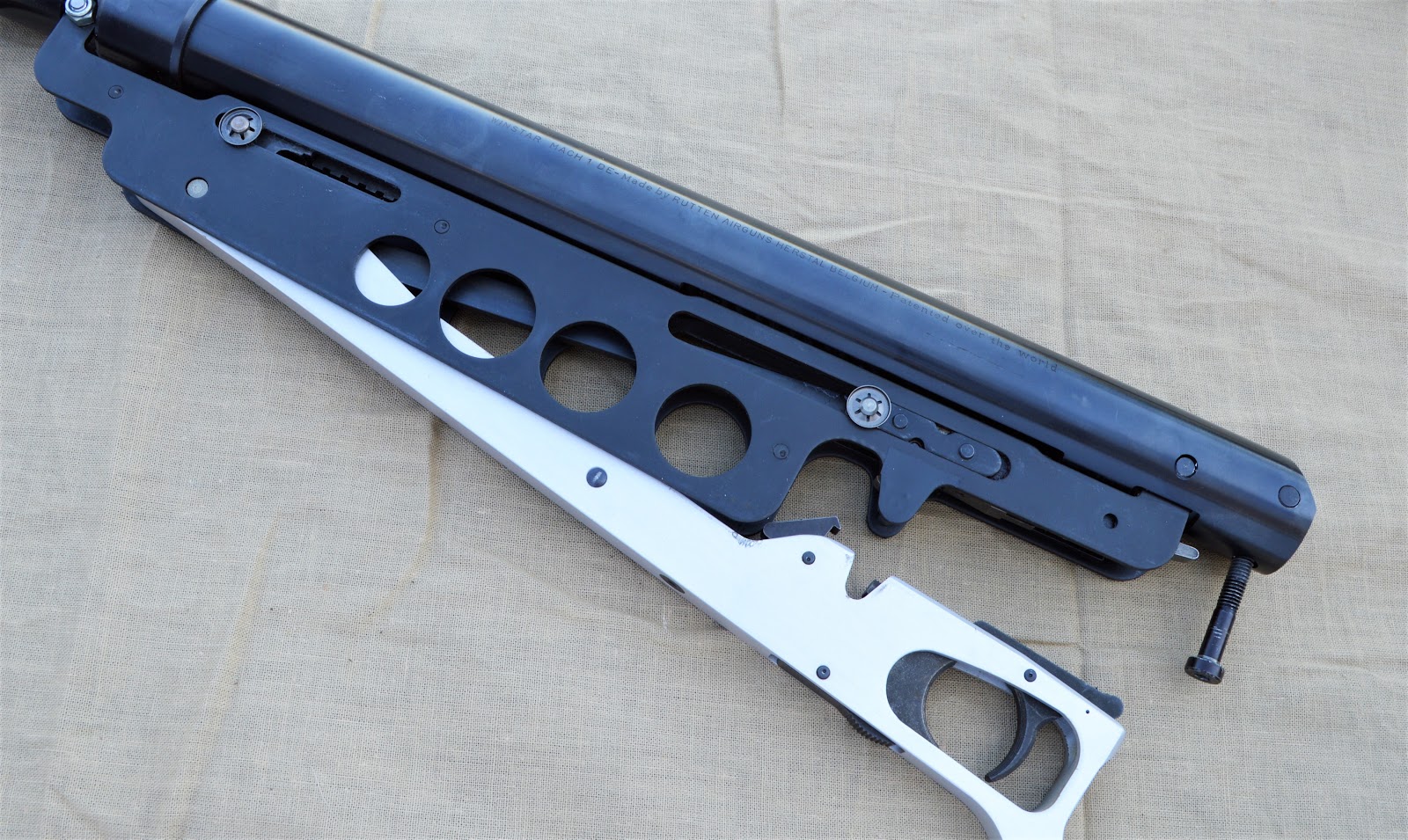 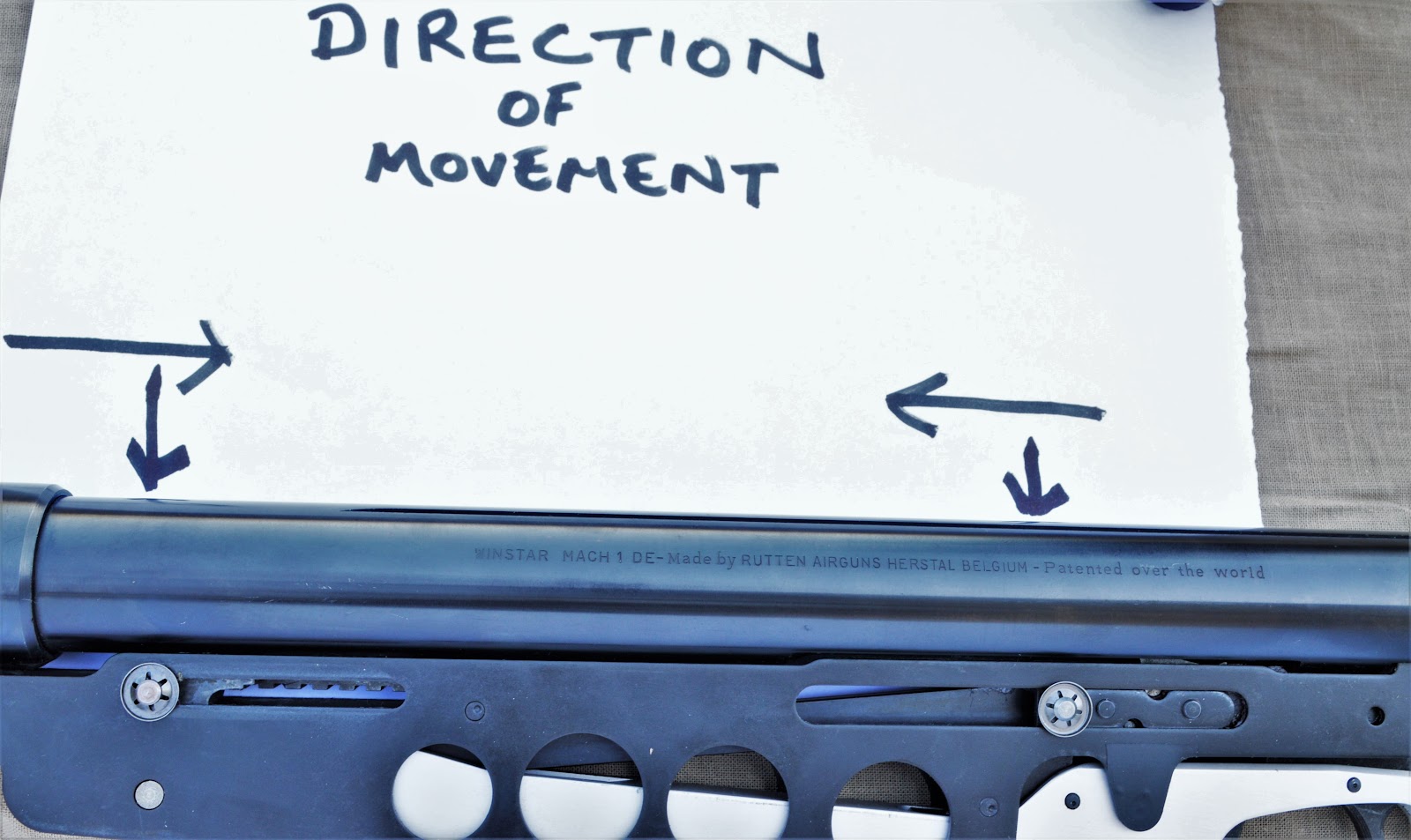