Shooting Airguns more safely is the name of the game. No accidents must be better, and cleaning up your shooting is also vital.

Getting hit accidentally by a pellet or BB is totally avoidable but people do get carried away at the thought of a plinking session and the percentage of risk increases even before the first shot is fired. The current craze for steel BB firing Co2 replica airguns means the chances of ricochets are increased as steel likes to bounce. Just pick a bb up and drop it down onto a hard table to see how much. Ricochet shots can inflict serious injury even though some of the energy has been absorbed already by the target. So the first good lesson is to always wear safety glasses when shooting. The second lesson is to have a decent target to shoot at. This isn’t just for better aiming, but absorption and catching any projectile. 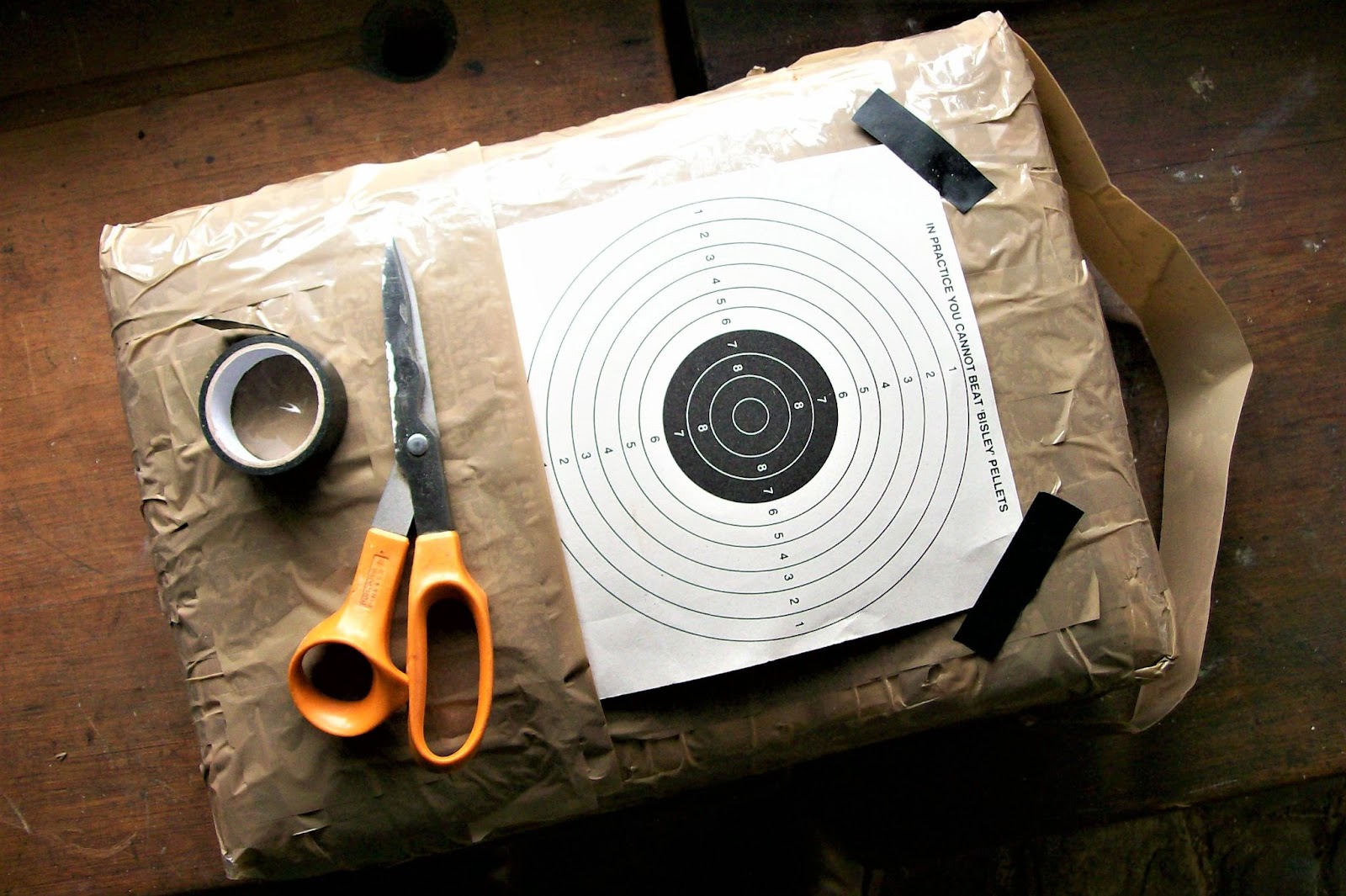 Some airgunners go for an angled pellet catcher that deflects the lead pellets after impact. That's great for lead, but personally for BB's they can deflect elsewhere. Plinking at tin cans and other bits and bobs can invite disaster for the same reason. It’s fun but shooting at hard things with rounded edges means steel ammo can scatter. Shooting at knockdown targets is another similar ballgame. What's needed then with these is an outer enclosure to minimise ricochets and to capture the spent BB. Plywood panels glued and screwed together then lined with something absorbent like old carpet works well. The knockdown target can be placed centrally inside this.

A reinforced cardboard box filled with absorbent material and a thick panel to the rear is useful for more formal bb shooting. In a previous article here a purpose-made lead pellet and BB catcher was made from an old wooden wine box filled with rubber and foam.  Also useful are those bricks of compressed wood chips sold as pet bedding that can be found in supermarkets and pet shops. These come in many sizes from micro hamsters to mega pony packs. One large brick was wrapped in brown parcel tape to stop the sawdust from leaking everywhere, with a crude handle made from more tape doubled into a loop. To prevent any through and through shots, an old kitchen chopping board was added as a backstop taped to the rear; a thick poly-oly-wotsit-plastic chopping board nabbed from the kitchen. Later, some thick plastic sheeting was taped around the exterior, which gave a more solid surface to stick target cards onto. This made a portable semi-waterproof ammo absorbing target for pellets and BB's. With its own separate reinforced backstop, this can stand or hang, retaining everything that’s fired into it. 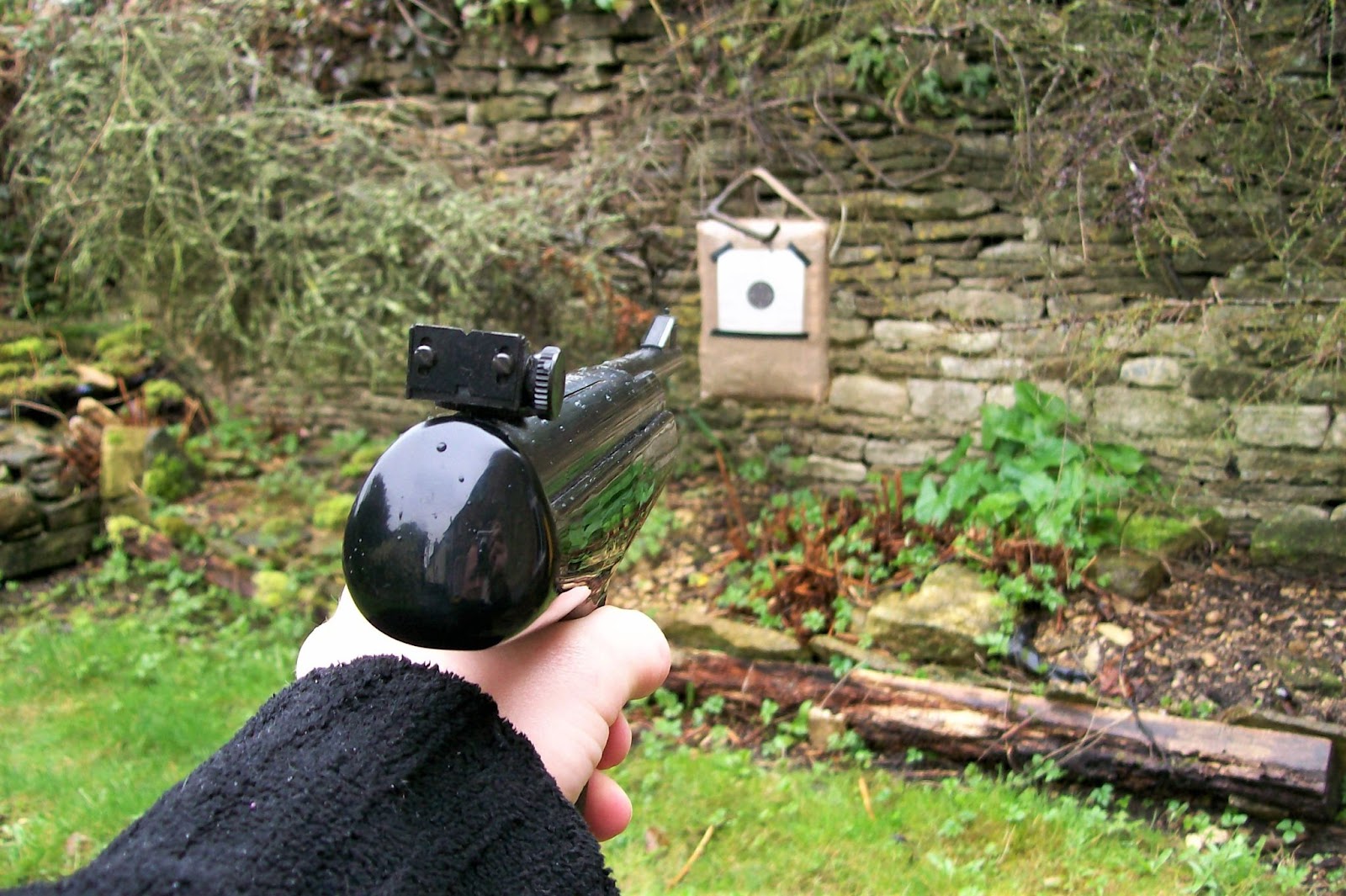 Hang up, against a solid stone wall for some safe garden shooting

The ragged front panel is patched up with a dab of parcel tape when needed. A transparent A4 file pocket stuck around three sides to the front saves fiddling with cards and sticky tape when outside. Pop a target card in and fire away, replacing the card when needed. When it gets too dog-eared or too heavy with spent ammo it can be retired - dropping the contents into a large box to recycle the lead. After checking the backstop board for any damage it can be fitted to a new brick of sawdust. Left at the bottom of the garden or on a permission out of harm's way, this has proved ideal and this one here has lasted many years. It does nearly weigh a ton now mind.

Airgun users must realise that spreading toxic lead over their garden or a permission site is really bad. With talk of the possibility of the phasing out of lead in ammo in favour of lead-free alternatives due to fears over lead entering the food chain, it’s too soon to tell if airgun pellets will be affected as well as shotgun ammo. In the interim it’s best to always use a pellet box or catcher whenever possible for our relaxed plinking. Unless engaged in hunting or vermin control, this includes out on your permissions. For prolonged shooting sessions and pellet testing in your favourite field even placing a target card on a prop stick then firing at it into the nettles behind is simply messy and on some sites simply inadvisable. Stray shots mean inquisitive livestock can be maimed far behind, not to mention the total lack of any credibility we bring our hobby when we’re seen to be needlessly loading a specific small area with a high dose concentration of lead. It doesn’t take long to use up half a tin of pellets when you’re happily in the zone so let’s collect our lead afterwards, by simply shooting into a catcher. 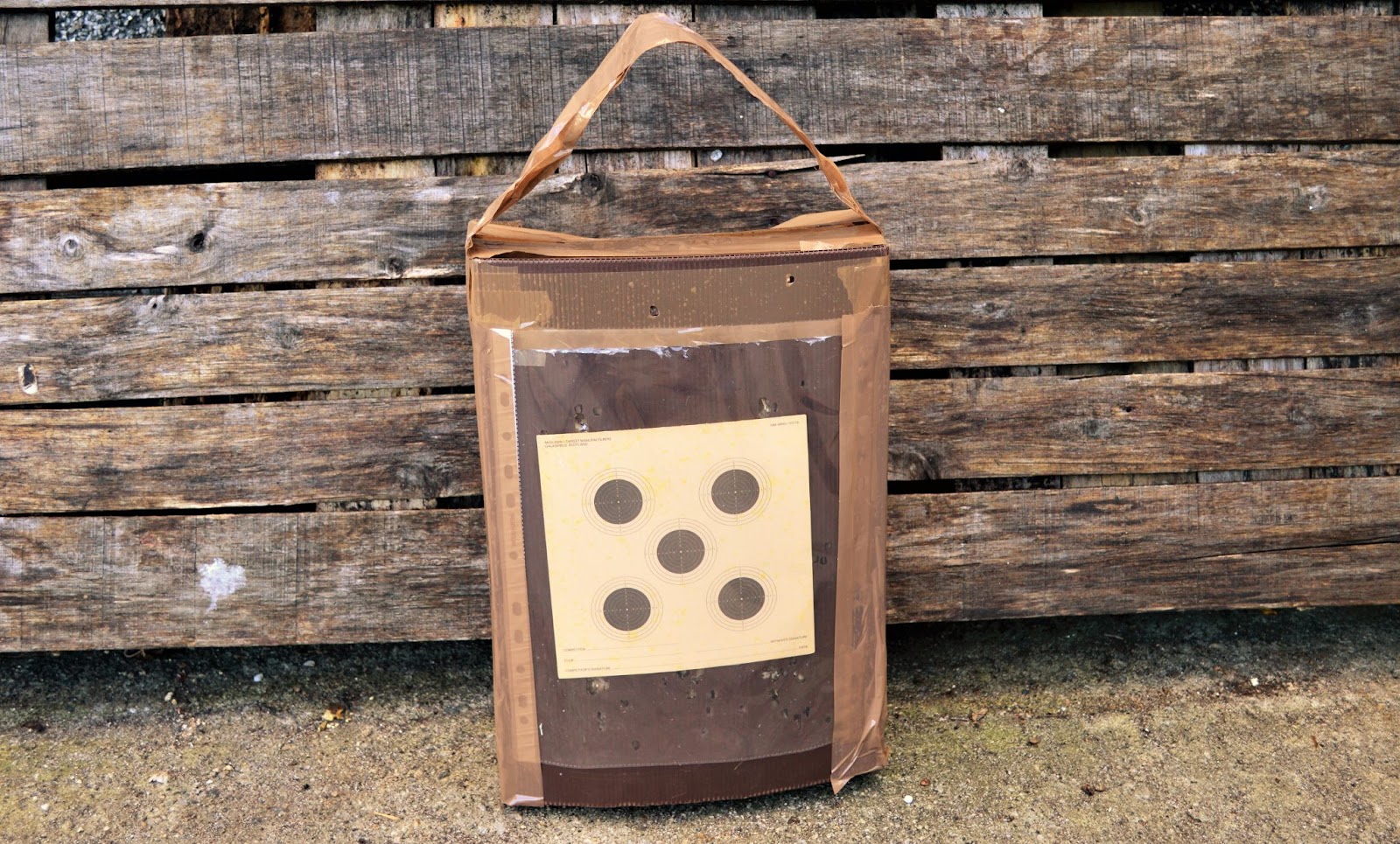 Pellet catcher with integral backing board backing, against an even bigger wood backstop

This is nothing new. To eradicate any errors on one permission a large waterproof tub was left in-situ. This had a lid with a square aperture hole cut by a hacksaw. It was always ready each visit; only some target cards and sticky tape were needed in a coat pocket each trip. Safer prolonged shooting and with this simple method spent lead was also retrievable for melting down later at home. That was over a decade ago. Many others have been quietly doing the same for years.

Pellets that don't hit where we aim are called flyers for obvious reasons. Some airgunners go further and will only shoot into their target setup against a much larger backstop to guarantee even better control. A large pallet is used here in the garden and it does give an added sense of safety. Other airgunners shoot against a wall as their final backstop and some use concrete paving slabs. However you do it, just shoot safer and start shooting cleaner! 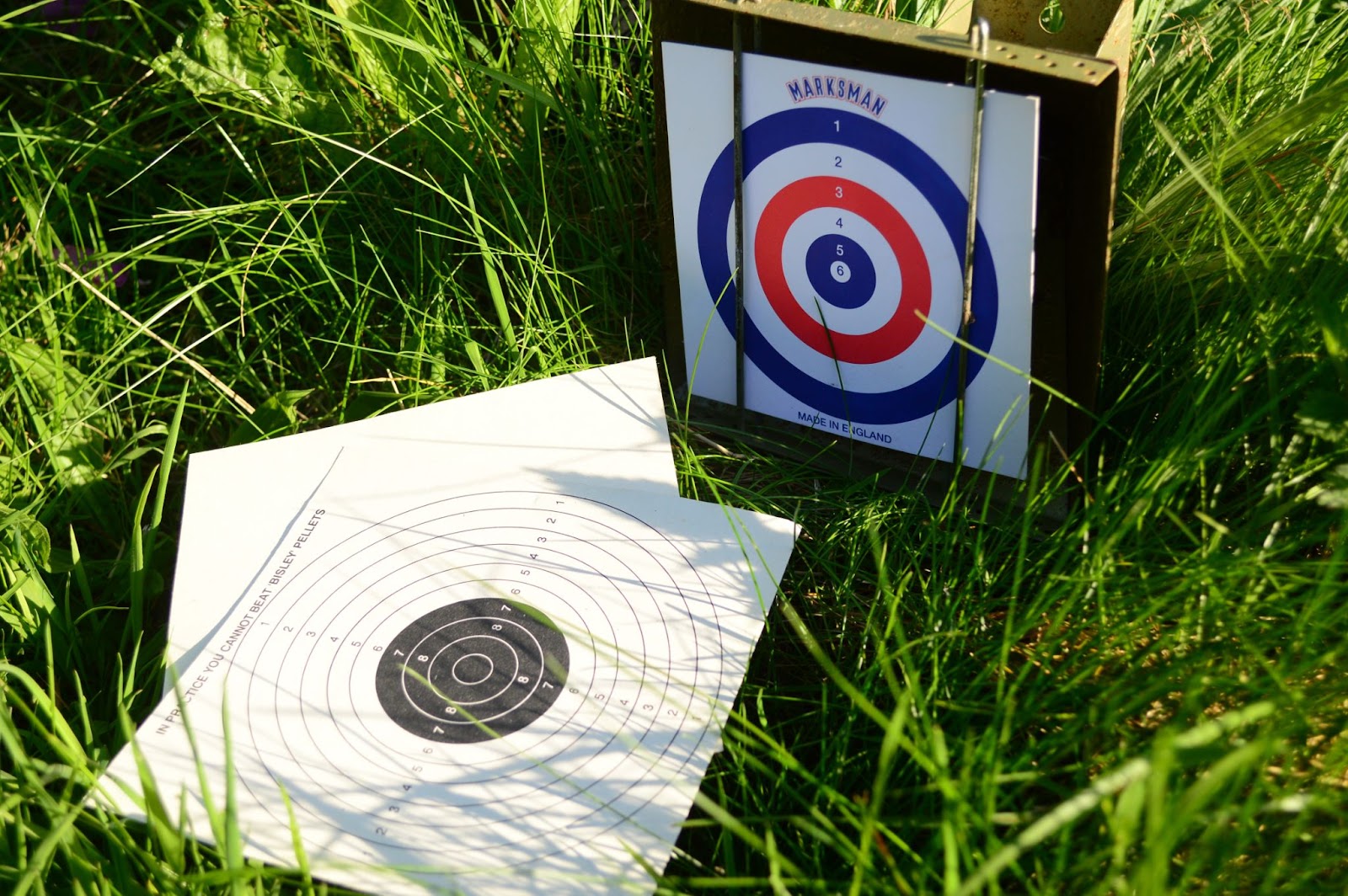