Airgun Review: The Artemis P15
Big Trouble From Little China - Artemis P15     My son has been driving me up the wall over the past couple of months as he insists on going vermin hunting with the Bullpup r...
Read more
Home / Community home / Advice / So You Want To Be A Superstar?...
Be a contributor
Advice · Airguns

So You Want To Be A Superstar? Always Shoot Responsibly 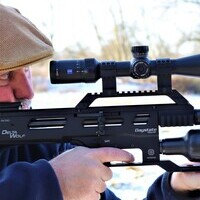 Isn’t the internet great? Poke a few keys and you can see just about anything and everything your imagination will run to. Steady now, keep it clean...

If you’re an air gunner, for example, you’ll no doubt have pored over endless YouTube videos of rifles you intend to buy next, or wish you could.

You’ve no doubt also watched in awe at the superstars of our sport taking on shots at incredible distances, placing a pellet or slug precisely where they intended and watching countless rabbits, pigeons and squirrels play their part by falling over and toppling off branches.

As an FAC shooter, I appreciate the capabilities of high powered air rifles and slug ammunition, but the reality is that most airgun hunters use 12 ft/lbs. rifles either through choice, preference or circumstance. And for them, the reality is an effective range of 20 to 40 metres. 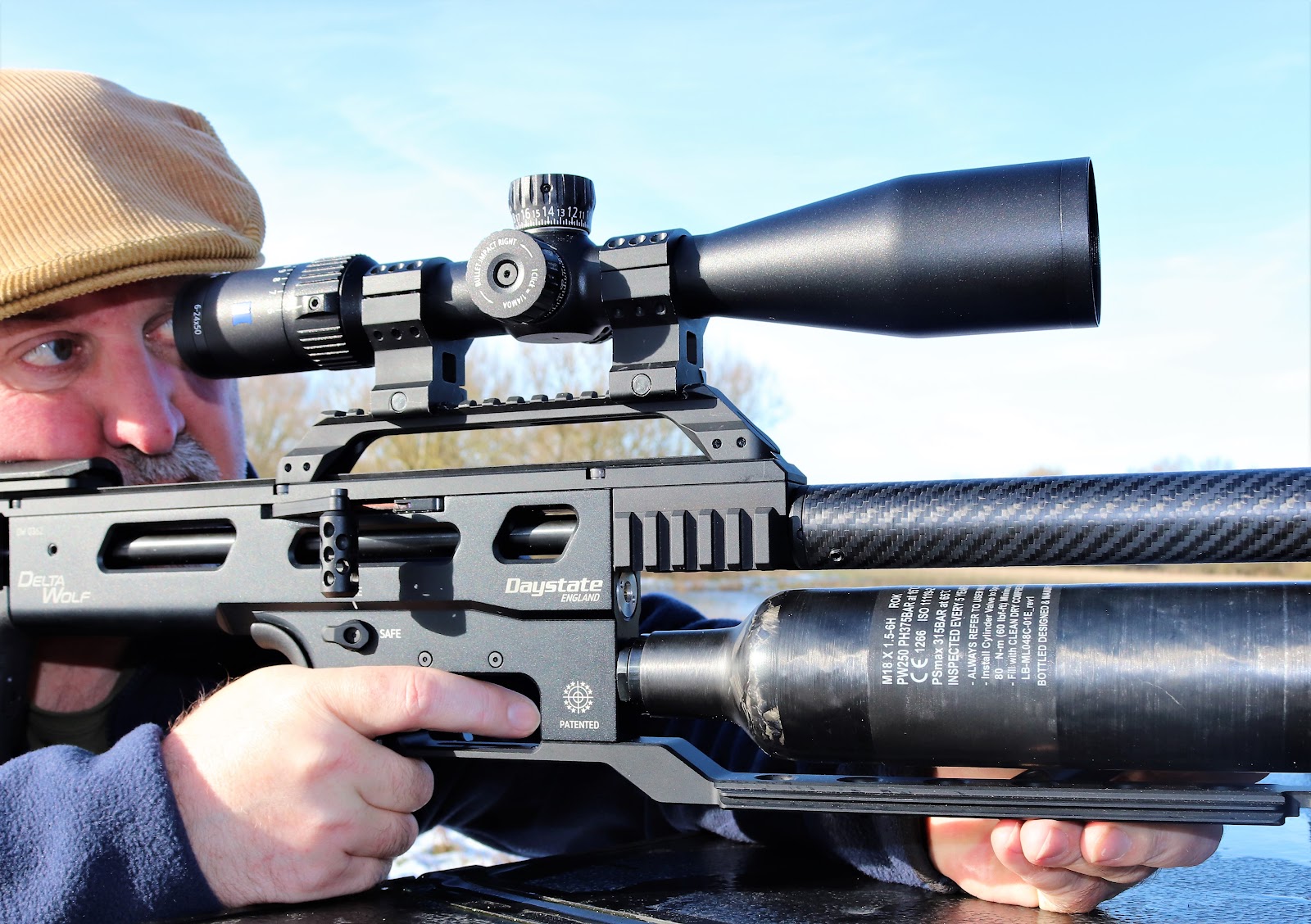 Richard Saunders shoots using the ZEISS Conquest V4 as the scope of choice.

You can read and see more about the scopes at Alpha Militaria. For someone who has only ever shot 12ft/lbs rifles, the capabilities of all that power are hard to contemplate and in all honesty, it was largely due to the German-engineered quality of the ZEISS scopes that I was able to exploit it.

The distortion-free, light-enhancing image through the scopes, along with the precise reticle, crisp windage/elevation and parallax adjustment, made my 100 metres target look like it was at the bottom of my garden. The Conquest V4s are a step up from the quality of scopes I usually use and, pun completely intended, the experience was genuinely eye-opening. 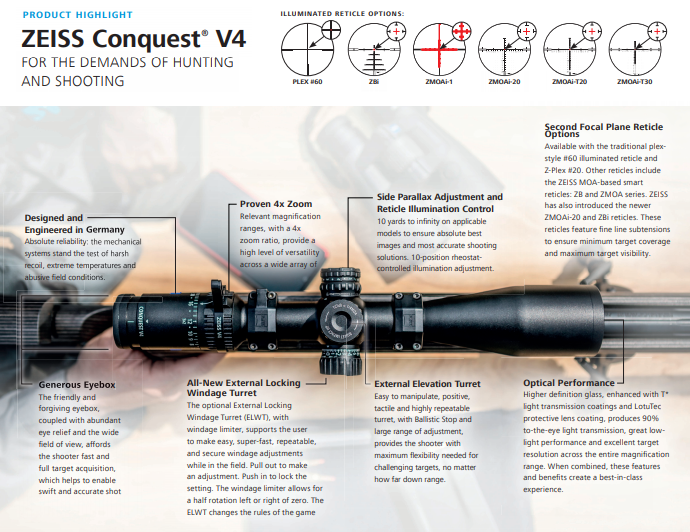 YouTube is full of videos of people blessed with such equipment shooting pigeons at crazy distances - 150 metres or more. And therein lies the problem. With air rifle manufacturers constantly giving us guns that increasingly look like they can shoot unfeasibly long distances, there’s a danger that some people, limited to 12ft/lbs but fed on a diet of YouTube material, take on shots they shouldn’t even consider.

By now, I have no doubt a good proportion of you are shouting at your computer screen, adamant that you can put a pellet up a rabbit’s nostril at 60 yards with your trusty old springer. I’ve lost count of people who tell me they routinely do so.

However, without intending to offend the truly gifted shooters out there, I’m putting it out there that too many people are tempted to take shots at quarry at distances beyond their ability and that of their equipment. I’ll give you a minute to get your breath back from all that screaming.

Now, I’m not denying the universal truth that not all men are born equal, and undeniably there are some incredibly gifted shooters whose natural aptitude with an air rifle is honed by hours practising on the range.

But equally, there’s no denying the fact that shots at excessive ranges introduce an element of risk, often unnecessarily so. There’s no getting away from the fact that in the big scheme of hunting, legal limit air rifles are pretty feeble. Catapults are probably the only things less powerful, and I’m not even sure about that. 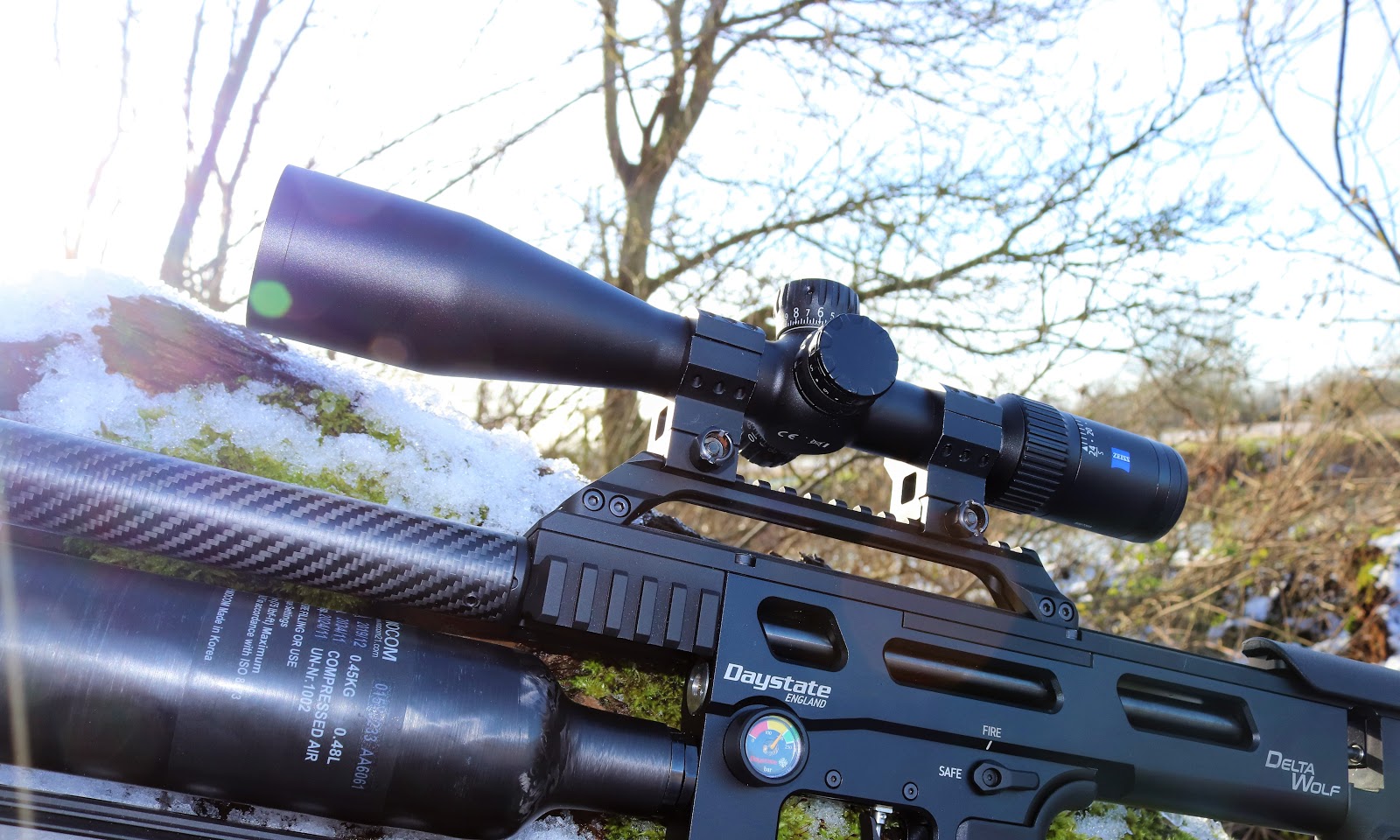 A high tech affair:  The ZEISS Conquest V4 with the Daystate Delta Wolf.

Even at short or moderate range, an air rifle requires a precise strike to a very small area – less than an inch – to achieve a humane kill. At extreme ranges, the need for precision increases significantly as the terminal power of the pellet dissipates.

By now, you’re either nodding your head in agreement or you’re shouting again. If it’s the latter, you may well be expostulating how you can hit spinners at 60 metres ‘every time’, or how you can score a 10p group at 70 metres.

Firstly, let me congratulate you on your skill with an air rifle. Secondly, let me ask you if you were sitting down behind a bench and using some kind of rest. Or did you need to take a couple of sighters to check your elevation? And how was the wind that day? If you can honestly say that 19 times out of 20 your very first shot at 60 or 70 metres, sat on the ground, laying on the floor, leaning against a tree or resting on a set of gun sticks hits the bullseye bang in the middle then I take my hat off to you.

Without doubt, some people can hit targets at that kind of range, and further, with staggering frequency. However, I’ve yet to meet someone who can do so first time, almost every time in field conditions. There are no sighters in the field, no chance to fire a few off to see what the wind is doing. 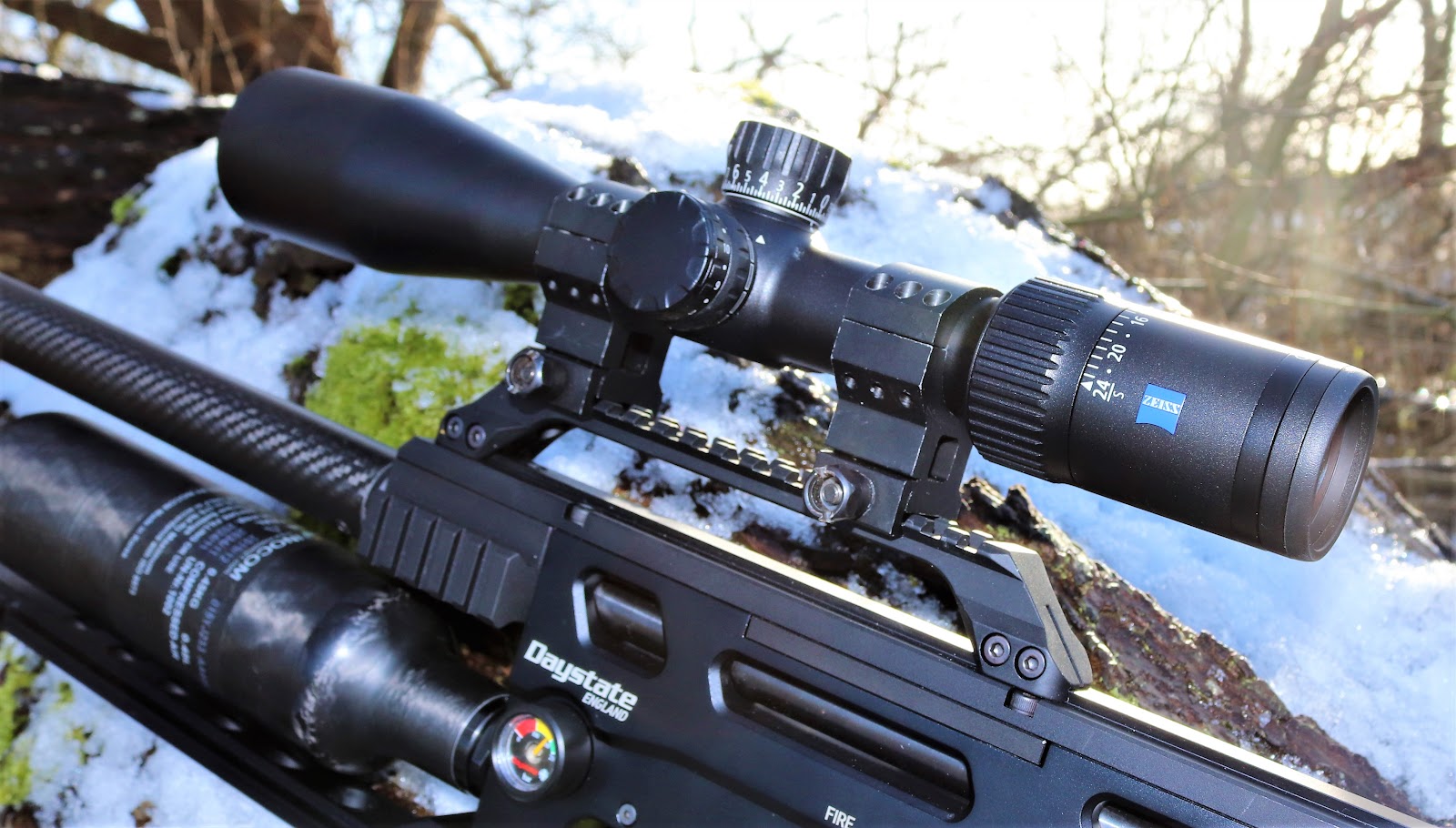 Of course, I can hit bullseyes at 40 metres with my .22 and 50 metres with my .177, but there will always be a couple that fly wide. Wind will do that, as will a flaw in the pellet. While that’s annoying on the range, it would devastate me if one of those flyers wounded live quarry.

I’ll even let you into a secret. I have a couple of FAC air rifles. Even then I limit myself to not much more than 50 metres. For me, the benefit of an FAC rifle is the flat trajectory, not the mythical ability to knock pigeons off a branch at 100 yards.

One of the reasons I impose this kind of restriction on myself, other than the fact that I can almost guarantee a clean kill at those ranges, is that the challenge of airgunning is as much about fieldcraft as it is about putting quarry on the floor. For me, the appeal of airgun hunting is the need to get within 30 or 40 metres of my quarry, though I accept that’s not always easy to achieve. If it was about long-range hits, I’d buy a .17 HMR or similar.

Now, at the end of the day, an opinion piece like this is just that – a piece of opinion. You either agree with it, or you think I’m an idiot. It really doesn’t matter. The point is to provoke some internal reflection about the morality of long-distance shooting within the context of your own abilities. If you can honestly say that 70-metre shots with your .177 legal limit gun result in a perfect, instant and humane kill on a rabbit every single time, then I’m reaching for my hat once again. If not, then I’d urge you to ignore the internet superstars and concentrate on getting a little closer. 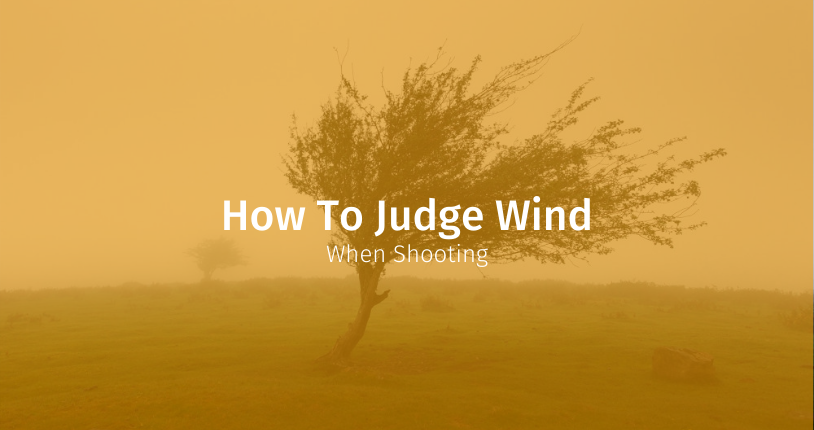 How to judge wind when shooting