The Importance of Chronographing Airguns

When the law changed in the 60s, the legal requirement was introduced to keep air gun power levels under set limits otherwise, they would need to be put on a licence. That’s how the two traditional airgun ownership categories were created - licence free airguns and licensed FAC airguns, those that require a Firearms Certificate with secure storage and designated safe places to use them.

If an air rifle is too powerful it may penetrate further and harder, requiring greater care in its use. Using an FAC air rifle in a terraced backyard for plinking is unthinkable as hitting someone even through garden pine fencing could still kill or maim. The term 'especially dangerous' has been used to identify airguns requiring licence because they are just that. The same gun on ticket as a licensed firearm, with conditions applied for its use such as somewhere to shoot it safely, goes some way to avoiding problems for everyone and in many ways, this is plain common sense. The actual need for these FAC airguns when rimfire .22LR provides better range and at less cost is a different matter altogether but thankfully it’s clear that most airgun owners are very happy with their sub 12ft/lb air rifles and not forgetting pistoleros, sub 6ft/lb max. air pistols.

Why are chronographs or more correctly chronoscopes so important to the airgun user then? The first and most obvious answer is a test or chronograph report helps prove an airgun is operating within legal limits for it to be still classed as licence free. You don't need to buy a Chrono to be seen as a responsible airgun user, however, circumstances may arise that put you in jeopardy as the new owner of any airgun, for example when buying secondhand kit so a Chrono test is really mandatory. 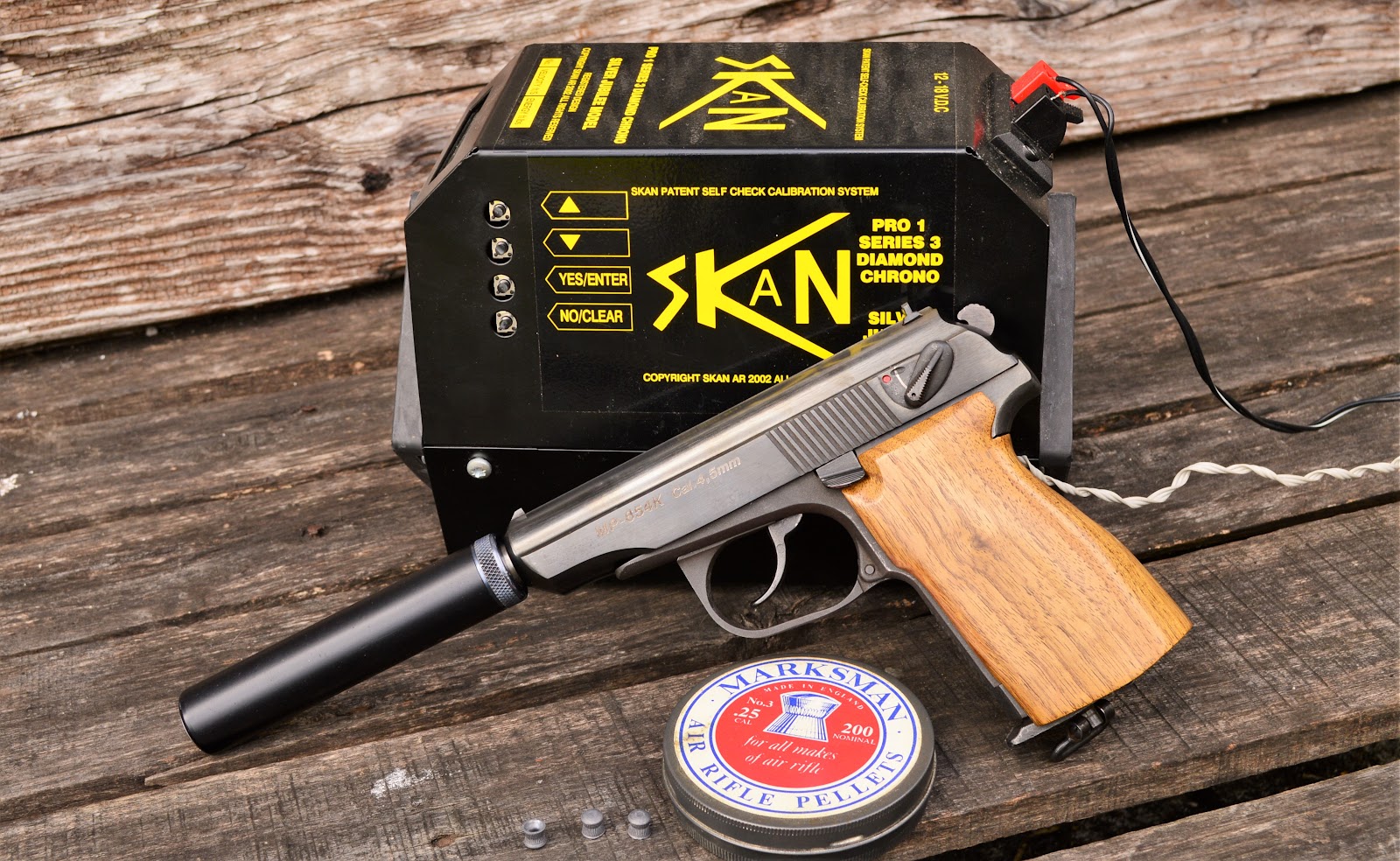 A desktop chronoscope both mains and battery compatible, this one with added computer hook-up

Having an airgun Chrono test done by someone else including at a busy gunshop doesn’t, unfortunately, guarantee peace of mind when it depends on the proficiency of the tester, the condition of the kit and the testing conditions.  An on-site chronograph in a shop or at a Club range may also be as battered as the airgun being tested. Some testers may still be relying on older mechanical ballistic pendulums and whilst there’s nothing wrong in this, it does help if such equipment has been serviced and calibrated at least once in the past half-century!

With any reliable chronograph, airguns can be tested in leisure at home, with a test at a gunshop or club range still useful for comparison purposes. Testing takes time and care which is why many airgun owners now test their own airguns rather than relying on others to do this important job. Doing one's own chronographing can also reveal errors of judgement and a spring air rifle recorded at 11.95ft/lb after servicing may be legal at the point of testing, but as a spring airgun that power will rise a little with use; the running-in period when new greases or components bed in. A springer is a totally different beast to a regulated PCP which can escape the attention of some busy testers. 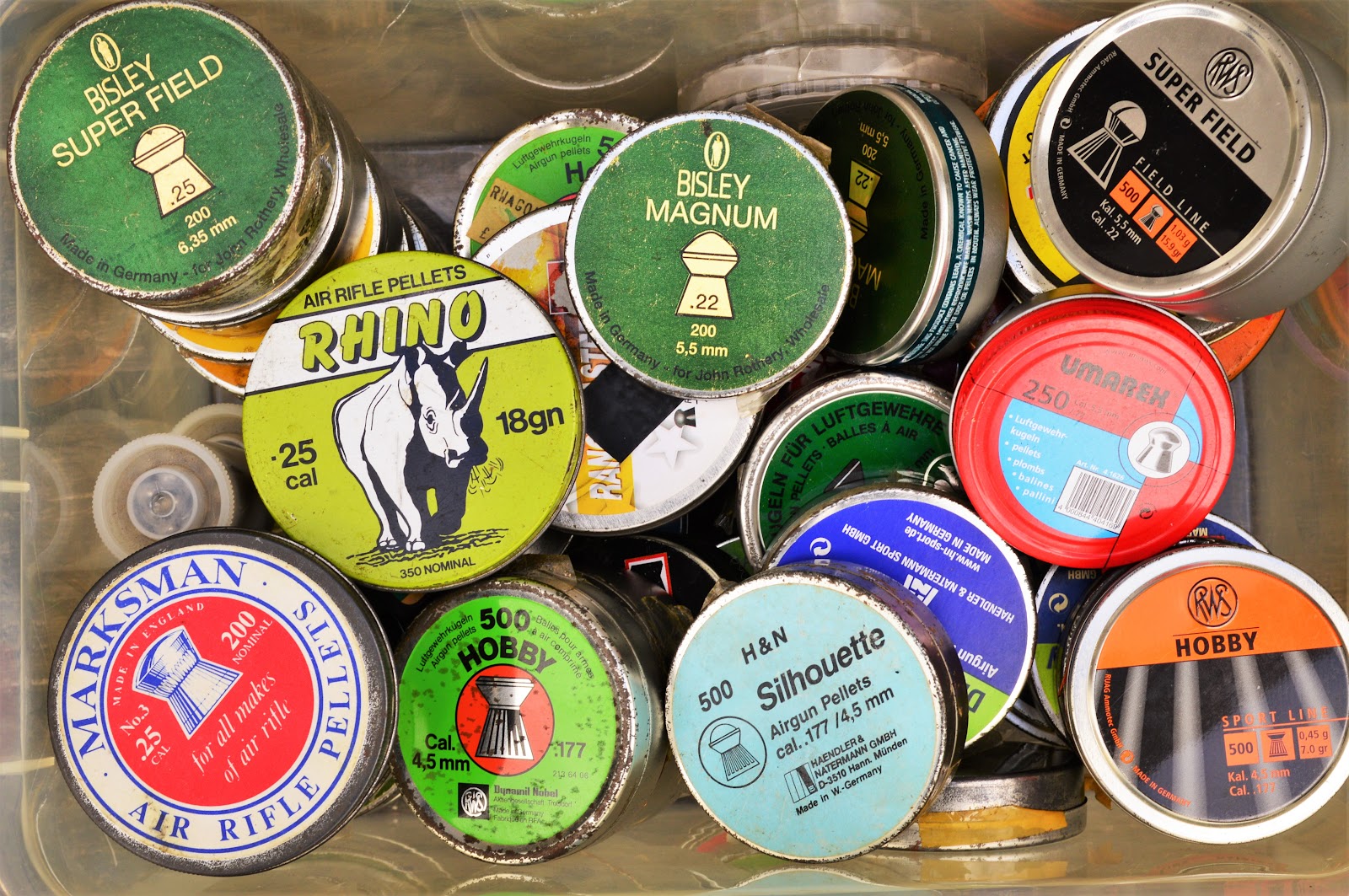 Without plenty of these in various weights, chronograph reports will be misleading

It’s also impossible to gain an accurate understanding of a gun's performance by using just any old tin of pellets. A proper assessment can only be given by testing with a selection, even if some pellets would be deemed unsuitable for use in the gun on grounds of accuracy, weight or shape. However, the notion is still maintained by some that if such a pellet is seen as unsuitable, it can be ignored for testing. Testing with only those pellets that give ideal performance is irrelevant and invites serious scrutiny if when using another pellet type this dramatically alters the power. If tested by the authorities with any pellet and an air rifle is found to be over 12ftlb, the consequences of this argument can only be guessed at. Testing for accuracy is of zero concern; the only criteria here is to assess muzzle energy. Therefore trying a selection in different weights is a must and without it, owners are simply guessing.

It has been said that springers give higher energy readings with lightweight pellets when PCP's and Co2 guns prefer heavier projectiles - but this is a broad generalisation. On some occasions, a boring mid-weight domed pellet has given better results in underperforming springers that appeared to be in need of a reseal, when a lightweight target pellet gave no benefit. This highlights the need to test with a selection of different pellets to get a clear picture of how any airgun is performing.

Effective in-field testing, strapped to the muzzle and aligned

This also illustrates the other benefit of the chronograph as testing will not only highlight the gun's maximum legal output with a selection of pellets but from these, some downrange accuracy tests on target can be conducted. Ideally, this will reveal the best pellet for that particular gun. Having assessed for legality at this stage it’s now all about accuracy. Remember, accuracy is over power and even though a spring air rifle may be running legally at a maximum under all circumstances of let’s say 11.70ft/lb using that best over-the-Chrono pellet, it may kick like a mule - ruining any accuracy. A more sedate springer or a PCP may also without logical reason throw that best pellet off target every shot, a scenario usually always created by individual barrel characteristics rather than the cost, shape or weight of the pellet. Changing to another second or third choice pellet from the same Chrono batch may well result in a power drop to let’s say 10.95ft/lb but this will be the better choice for that gun when the only alternatives are specialist blueprint tunes or barrel replacement.

Of all the recent tom fool tech and gadgetry now being offered to the airgun owner, nothing stands up to being anywhere near as important as the Chrono.

Jonathan Young
Writer
Published on 25-09-2020
Started out very young with cap pistols, progressing to archery and this developed into a real interest in studying older weapons. Air weapons followed and it's been the Airgun that's drawn me deeper into shooting more than anything. The sheer variety of different types available is unparalleled, from bb guns to replica pistols, from rusty old springers to high-end target rifles. It's impossible to get bored! Add a dash of patina and you gain entry to the wonderful world of Vintage Airguns. My very first air gun was a £35 diecast Daisy - I've never looked back.