There is a confusing variety of vintage BSA springers from before the War and to the novice, they may all look the same. Great fun to use and to collect, there are many differences between the various models released over a long period up until the 2nd World War.

The style was designed by Birmingham gunsmith George Lincoln Jeffries in the early 1900s. His idea was for a fixed barrel, underlever cocking air rifle that was loaded by a drum or plug rotated shut by a separate side lever, known as tap loading.

Jeffries entered into an agreement with nearby Birmingham Small Arms around 1905 as they had the facilities to make anything in quantity. BSA assigned a portion of the output to Jeffries with some for themselves. Soon Jeffries disappeared from the picture but BSA continued with the design until the late 30s, although it was re-invented after the War as the Airsporter which continued until the Millennium two decades ago.

The Jeffries guns are stamped along the top of the spring cylinder with 'H. The “Lincoln” Air Rifle' the ‘H’ prefix indicating the Heavy model with another shorter gun given the title ‘L’ for Ladies model. The regular size Lincoln H was around 43” and the Lincoln L around 39” is aimed for younger adults and women. L.J. stocks have a unique stamp of a man with hat and shooting jacket, wearing traditional leggings or puttees, rifle raised shooting. None appear to have any calibre identity markings, assumed unnecessary when only .177 was originally offered. There was a choice of two stock styles in three lengths with optional sights so Jeffries was getting his money's worth from any agreement with BSA.

BSA’s share of the production bear cylinder inscriptions of 'BSA Air Rifle' then in smaller text 'Lincoln Jeffries Patent'. Their stock mark is a BSA piled arms logo of three stacked Martini action rifles. The BSA version soon had its own small model “A Light Pattern Made Specially For Boys & Ladies” called unsurprisingly the ‘Light Pattern’. Later there was also an attempt to gain entry to the military training field with the BSA Military Pattern; a heavily modified action with a long barrel sat in a period military-style stock. With a cosmetic bolt that was static, it didn't do much more than the standard version and quickly disappeared.

Improvements led to references of the Improved  BSA Air Rifle. At this time the gun was noted as being of either the long Ordinary Pattern or the shorter Light Pattern both in the No.1 Bore of .177 calibre but eventually, .22 No.2 Bore was offered. Some early BSA references appear to simplify identification to just No.1 or No.2 guns. The new designation of 'THE BSA AIR RIFLE (Improved Model D)' appeared around the latter half of the decade stamped to spring cylinder with reference to the Jeffries patent now on the underlever. 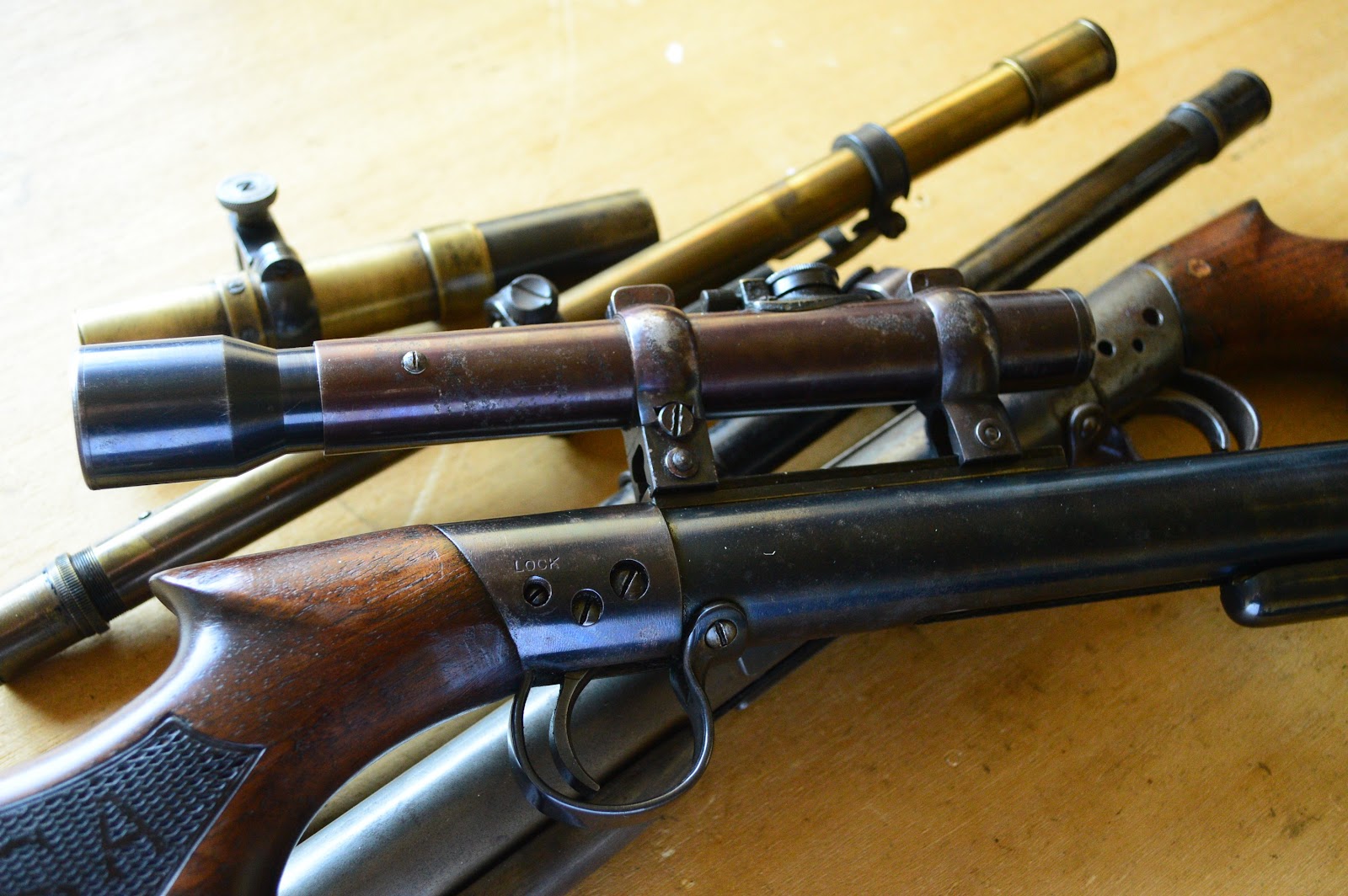 Simplifying things greatly, early standard length guns had been around 43”. A longer 45” .25 calibre or No.3 Bore Improved D was introduced with a second shorter version as well. Both of these No.3 Bores disappeared quickly. Children had been overlooked at a time when very small junior Gems were flooding Britain and a scaled-down Junior Pattern made Edwardian Christmas mornings worth waiting all year for. This gave way to a later model called the Juvenile noted for it's much simpler sights. One wonders what happened to any Model C. An Improved Model B did exist as a transitional design if A was indeed the first BSA Air Rifle but conundrums abound in the world of vintage airguns.

Things were maturing now like beer in some nearby Midlands brewery which saw the design's metamorphosis into the BSA Standard just before the Great War. Cylinder details were now etched but this deteriorates with age. If readable the inscription should show 'THE BSA STANDARD AIR RIFLE' split either side of a BSA piled rifles symbol with the calibre now included in the etching as '.22 Bore 'or '.177 Bore'. It’s a real shame both .25's had been dropped, especially the larger model but with a full size potent .22 or so-called Sporting Pattern it must have seemed unnecessary. 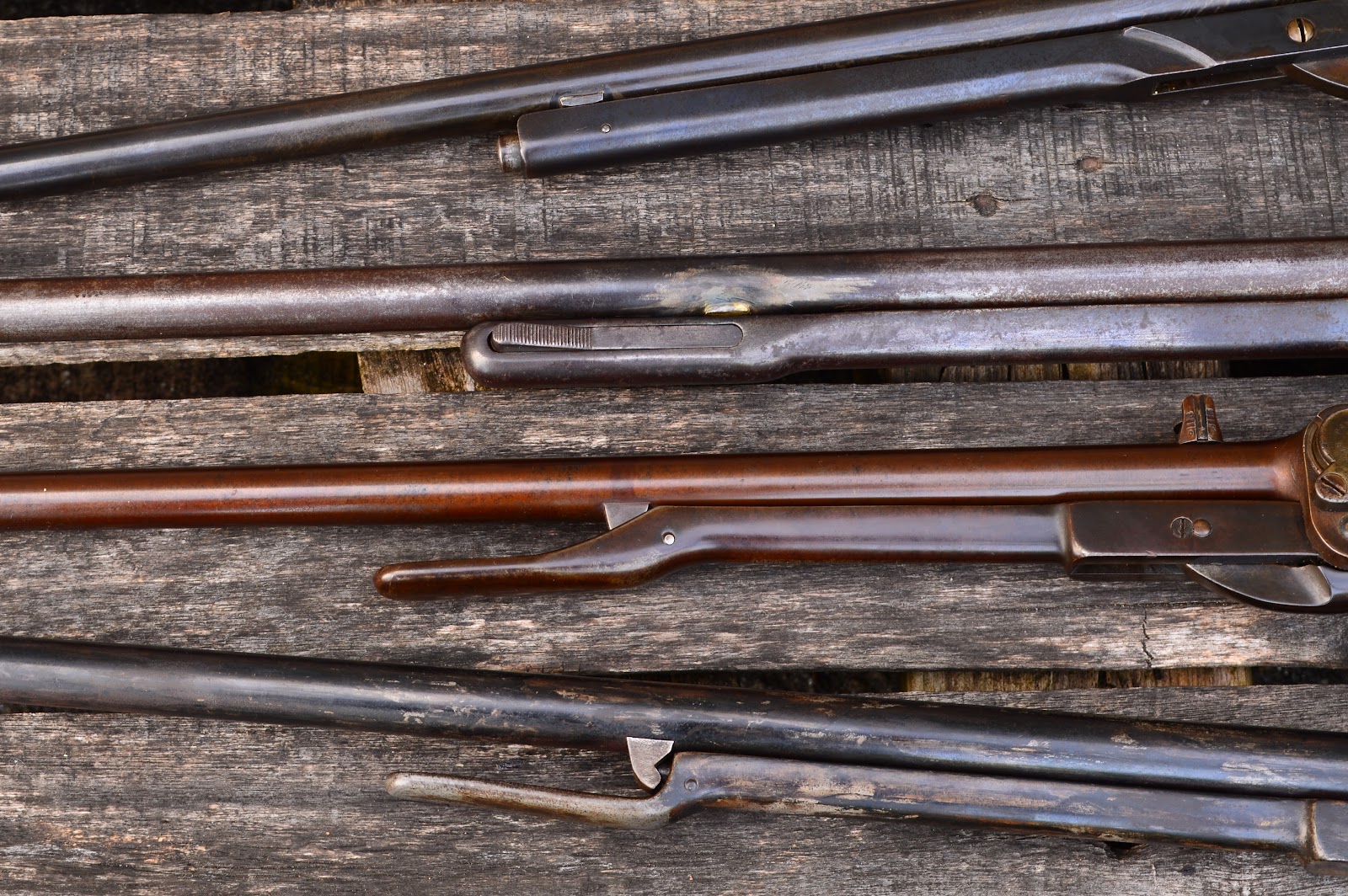 The original under lever arm catch was revised initially as a side catch release. There’s a crossover as late Improved D's can have this style of release. This changed again around 7 years later to a round push button on the lever tip. Then nothing much happened for the next two decades, but here a prefix can indicate a specific model. An A indicates a lighter pattern model from the very late 1930s and prefixes of C and CS indicate Club and Club Special Standards.

So far then this is a very shortened account of the design's evolution from the original Edwardian Lincoln to the BSA Standard used by American G.I.'s in English pub shooting galleries before disappearing off to fight Hitler. There’s no mention here of various internal technical differences, of factory sights, of trigger release designs nor indeed of the various trigger guards. There is in fact a world of airgun fun to discover when falling into the world of vintage Beesa's.

Jonathan Young
Writer
Published on 20-01-2021
Started out very young with cap pistols, progressing to archery and this developed into a real interest in studying older weapons. Air weapons followed and it's been the Airgun that's drawn me deeper into shooting more than anything. The sheer variety of different types available is unparalleled, from bb guns to replica pistols, from rusty old springers to high-end target rifles. It's impossible to get bored! Add a dash of patina and you gain entry to the wonderful world of Vintage Airguns. My very first air gun was a £35 diecast Daisy - I've never looked back.