Advice Rifles
Gun Dealers Gun Shops Shooting Grounds Shooting Accessories Antiques/Militaria Shooting Instructors Gun Repair
All service types >
Business types
Regions
Favourite ads
Last viewed
Saved searches
Last searches
Ads that you mark as favourite will be shown here.
Come back here to remember your latest viewed ads.
When you browse ads, the searches that got you there will show up here.
Your saved searches will show up here.
Home / Community home / Advice / Shooting Doesn’t Have to be ...
Be a contributor
Advice · Airguns

KEEPING IT REAL - KEEP IT SIMPLE

Why do people get into airgunning today? For the history or the engineering interests perhaps. For many, it’s the pleasure of marksmanship. For others, it’ll be the knowledge perhaps overemphasised today that food can be on the table when needed. The reality is most families will curl their toes at the thought of Dad coming back with a bagful of dead bunnies. For most, it'll be pizza for dinner as Dad gets banished to the garden shed. A sense of personal achievement is however usually the motivation in airgunning whether this is hitting target cards, renovating old guns or out controlling pests.

In any hobby, the personal kit bag can be filled to overflowing with unnecessary accumulated gear and gadgets that promise better success but which really have little effect on personal performance. Within airgun shooting, this is no different. Psychologists earn good money in the retail industry studying why people feel the need to buy more gear. In airgunning terms, some bits may indeed give real value making life easier but this is rare. Today such toys are usually always at terrific cost and tech and gadgets appear to have taken over common sense just as in other areas of life.

The one thing that’s needed most in the kit bag but which is usually always lacking is skill. Some rare people have natural skill hitting the bullseye first time every time and these people make it to the Olympics. Others of average ability - that's the rest of us - attain skill. So how do we become skilled shooters? Through hands-on practice.

Real airgunners practice often relying on their acquired skills and so increase their scores or their forage bag. Have you ever heard of people learning down, decreasing their skills? No, and from taking that first trip to the loo without falling into the toilet bowl to flying rockets, the more we learn the easier something becomes. Any skill but especially shooting skill doesn’t need a pocketful of big money to achieve and in fact, the opposite has always been true.

For example, it’s really rather important to know where your pellet will land when you aim at something. Once many years ago on a game shooting course, the instructor asked each participant to guess the distance from where we stood to various points out in front of us. None got it right. Lesson learned and some range estimation skills are needed before pointing a gun at anything. Nothing beats learning this by practice alone in the real-time, real world. Practice makes perfect they say, and the only thing that practice should cost is time. 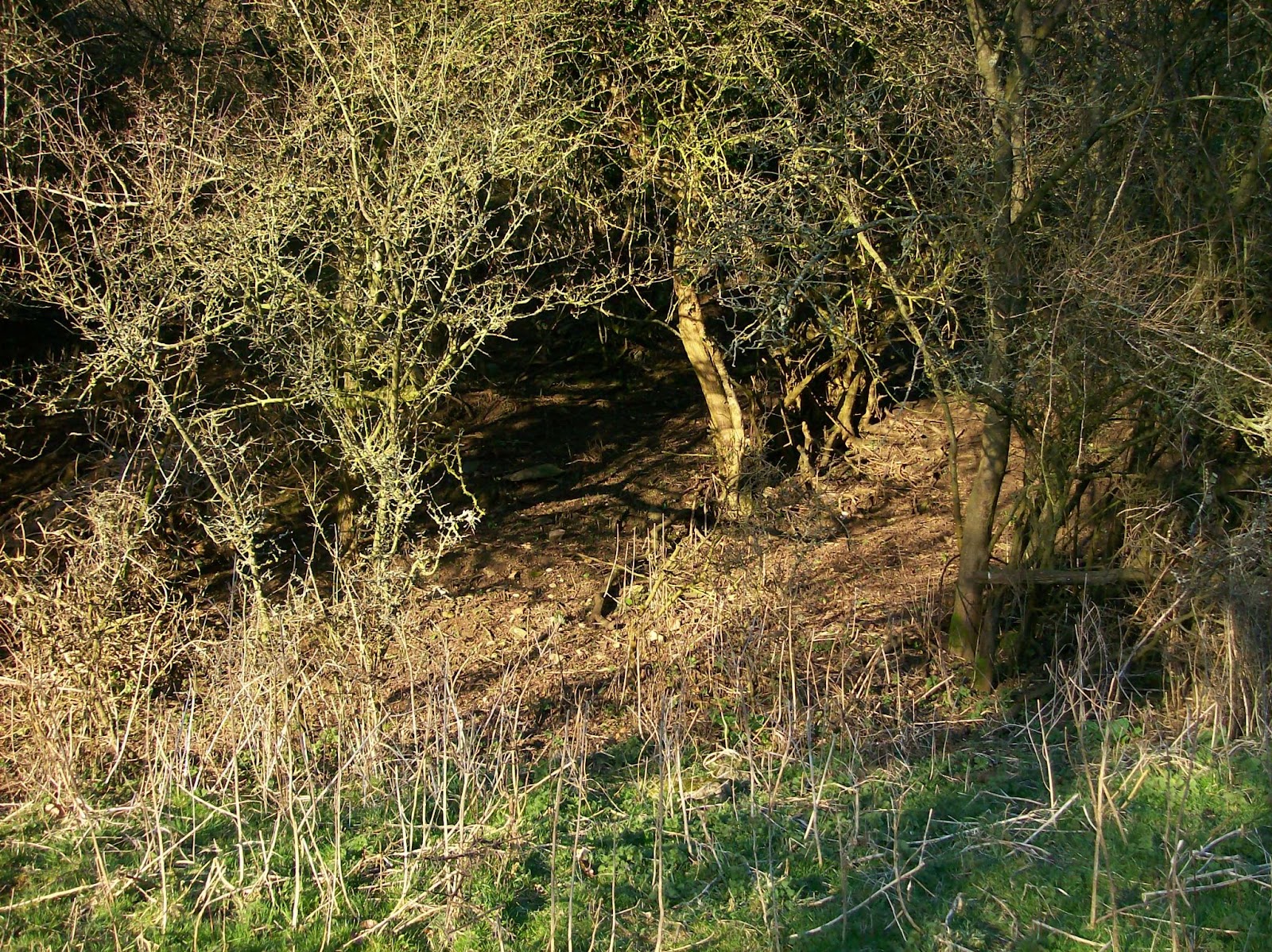 A clearing with rabbit droppings. Pace out from the nearest cover - 22m exactly.

Measuring stride allows measurement of distance. Walking a straight line from a starting point to 5m we can note how far away the start point is, repeating this at farther intervals. This can be done in the garden or even when walking past a lamp post the metres can be counted to the next post or car. Another simpler idea is to throw an object and then walk to it counting the metres from the start point. This introduces a wild card simulating what will happen in the wild in real life when moving quarry suddenly appears. In time with some simple practice like this, a mental skill file is built up taking the guesswork out of targeting in the field. This then goes hand in hand with zeroing to a set distance with whatever combination of rifle, pellet, scope or open sights has been chosen. How far one aims to in the field depends on the airgun, ammo weight and other factors such as wind and if shooting Co2, the ambient heat. Remember keep it real –  we are only shooting at relatively short distances.

If intending to go hunting or in vermin control this practice at range estimation can be used with another simple method of preparation, walking a site before shooting and noting those areas with the most likely activity for success such as under overhanging branches for grey squirrels or where rabbit droppings are gathered in one area near a warren. Importantly the distance can be paced out from any cover such as a nearby tree which can be used as a shooting point later. Also, if walking up an area with your gun at the ready where a target may present itself unexpectedly then only the previous experience in judging distance will prove of any use. 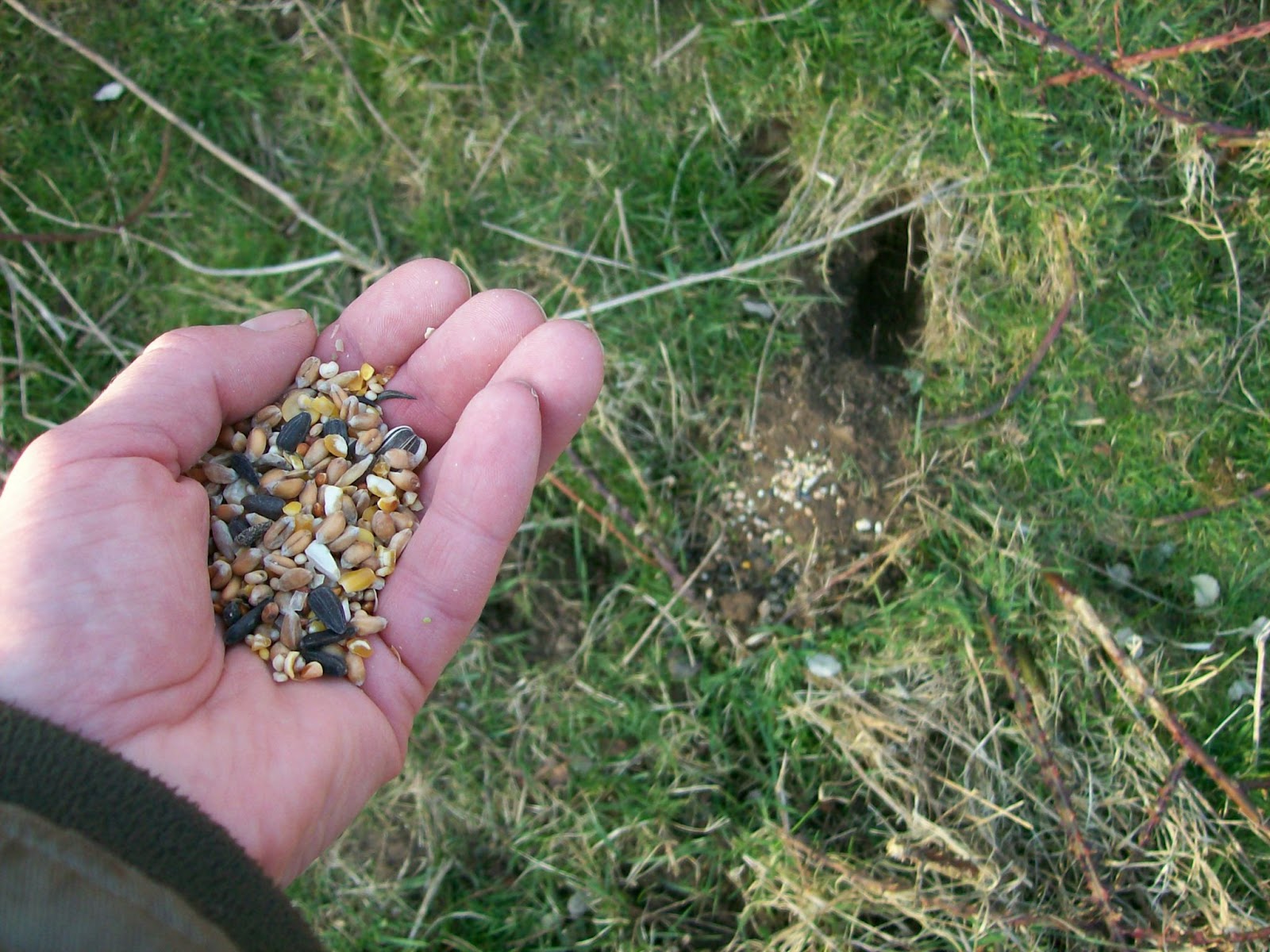 This works likewise for shooting in the dark. For generations a simple lantern torch was once adequate, startling rabbits at feed but awkward to control unless a spare set of hands was available. Then one of those rare things arrived; a really useful shooting gadget. The rifle mounted lamp with a stock mounted remote switch made the job so much easier and a new novelty very quickly became an important tool. Such an effective lamping kit doesn’t cost much especially when bought used and along with the practice learned in range estimation night shooting can be mastered. The added benefit is that the same light used to help estimate range is also startling the quarry momentarily for a cleaner shot.

Experienced airgun shooters simplify their kit getting to know it thoroughly. If hunting or engaged in vermin control any unnecessary kit will simply weigh things down and the more distractions there are the less will be seen.

Jonathan Young
Writer
Published on 18-05-2021
Started out very young with cap pistols, progressing to archery and this developed into a real interest in studying older weapons. Air weapons followed and it's been the Airgun that's drawn me deeper into shooting more than anything. The sheer variety of different types available is unparalleled, from bb guns to replica pistols, from rusty old springers to high-end target rifles. It's impossible to get bored! Add a dash of patina and you gain entry to the wonderful world of Vintage Airguns. My very first air gun was a £35 diecast Daisy - I've never looked back.