Most people will expect to use a scope when buying an airgun today. Not so long ago a scope was a hoped-for add-on. Scopes were once so very expensive - even to someone wearing tweeded plus fours and a monocle. As for the working classes, any optic was far above the average wage packet.

However, open sights actually were and still are a very good shooting tool. Even on much older antique airguns where the sights were static without adjustment, they were still effective. With static sights, the height of the manufactured foresight and rear sight may have offered a fixed shooting zero of perhaps 20 yards. If shooting at a target much closer or further away, the user had to accommodate the difference by raising or lowering the muzzle so range estimation was learned much quicker than today and getting to know airgun pellet trajectory became second nature.

As sights improved they became more complicated and by the Edwardian period, the Lincoln Jeffries and later BSA fixed barrel underlever air rifles had a choice of front foresight blades in different heights, matched to a superbly engineered rear sight which was adjustable. There was a science to the shape of the bead or tip of the foresight blade each with its own unique name, with varied shapes offering different views through the rear V or U slot on the rear sight. Some old-timers today will wax lyrical for hours at the mere mention of barleycorns. Later even when the industry had gone over to using plastics instead of blued steel, a Webley or BSA  lump from the 80's still offered infinite possibilities. 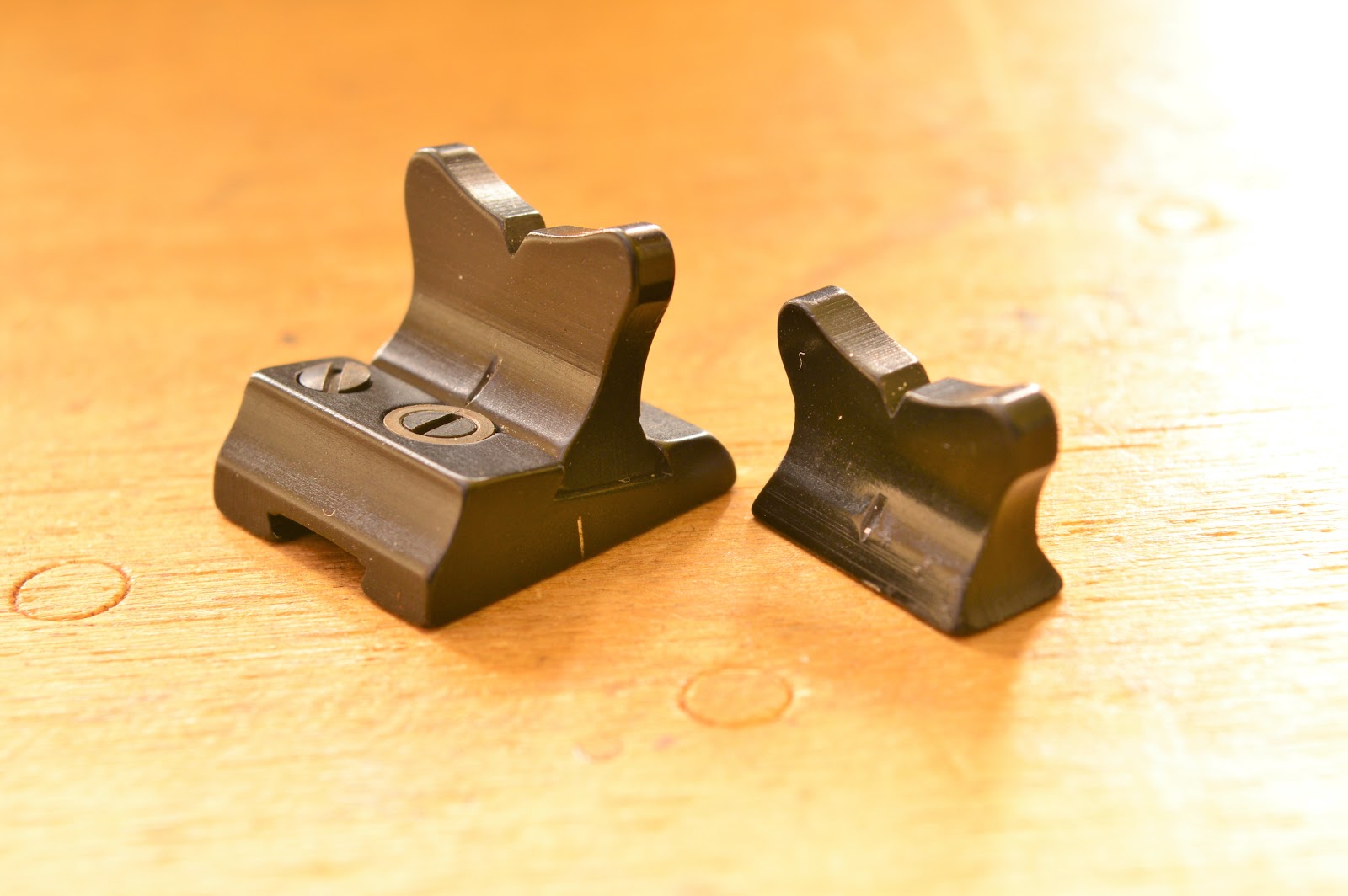 BSA 1990's and the Williams (USA) unit with a spare blade for the Stutzen Airsporter, this one with a tall blade for the .25 model.

Accessory target sights such as the traditional peep sight with one single eye hole or a choice in a circular wheel, each hole in a different diameter for accurate focus in differing light made things a lot more technical and complicated. Designed to help but slow to use, they were assigned to more formal target shooting which by nature is slower when 'opens' were reserved for faster sight acquisition such as in vermin control.

Glass manufacturing processes became cheaper thanks to camera manufacturers and early photography. Eventually scopes became a popular hunting accessory as lens manufacturers catered for the leisure shooting market. Scopes had been used on airguns too but as a crossover from military and full bore hunting and even then only on rare occasion due to the cost. Eventually, low-cost airgun-specific scopes were manufactured.

The true airgun scope had arrived – a big clear picture straight up to the eye, no squinting needed through tiny pinholes. It’s clear why the scope quickly became so popular and THE airgun accessory to have. By the late ‘80s, adverts showed the customer had a choice when ordering an airgun with open sights included, or none at all. Everybody wanted the latest Japanese made airgun optic and a simple fixed 4x32 or 4x40 in glossy black was high on the Christmas wish list for many keen airgunners at this time. The factory-fitted open sights were removed and stuck in a box in the garage or attic then forgotten about when the airgun was swopped or sold on. Gunshops today can have many great older classic airguns but many will have lost their original sights. 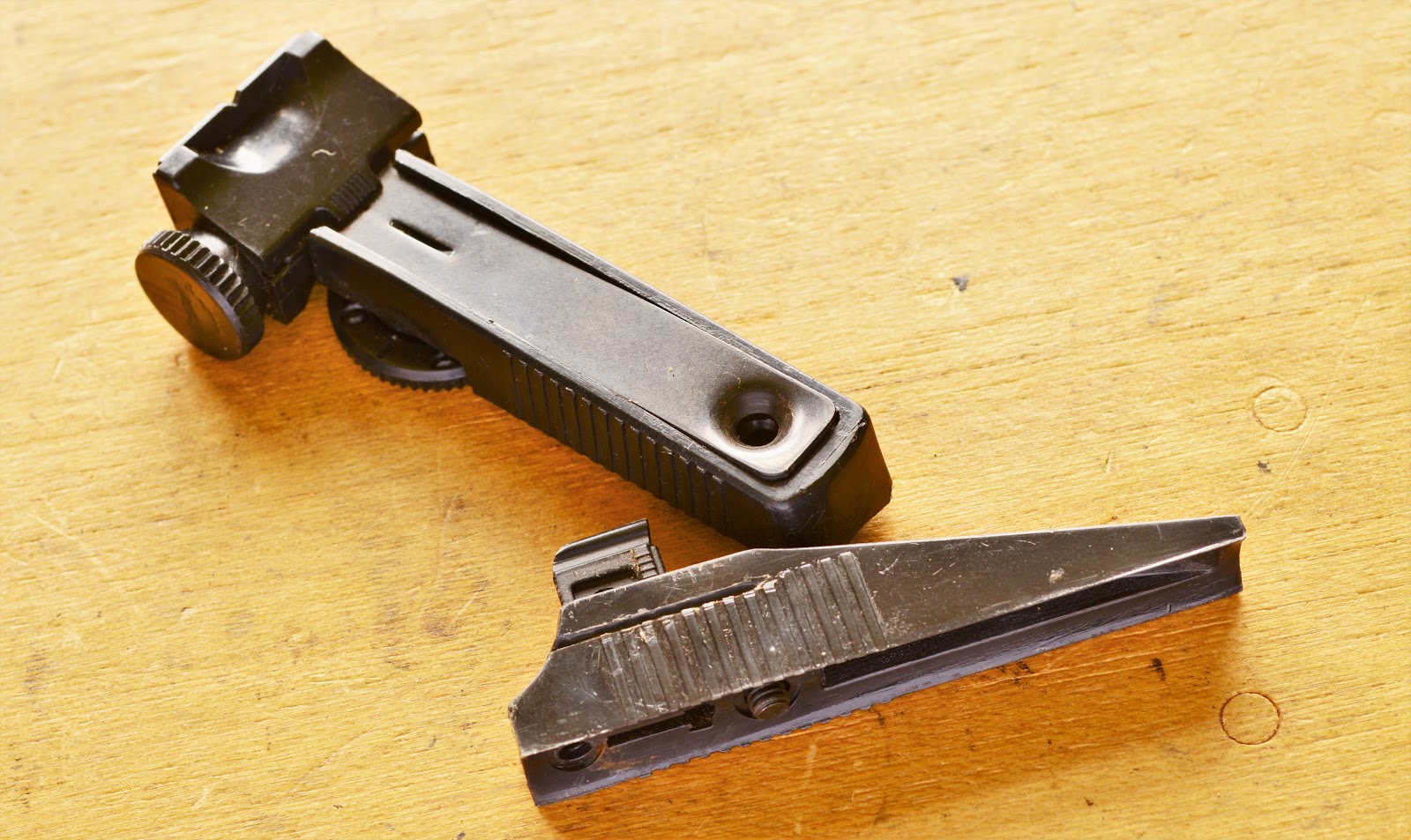 It was also difficult to fit that other must-have new accessory, the silencer to an air rifle with open sights fitted. Actually no it wasn't that difficult but who wanted to machine special muzzle adapters that allowed both the silencer and the foresight to be fitted to the barrel when scopes were now the new in-thing? Who was going to pay for it, the customer? Despite some pre-charged air rifles like early Titans being supplied with optional open sights, slowly this waned and today fewer manufacturers offer this important option with even fewer having the ability to fit sight friendly silencers to barrels fitted with foresight.

In some ways, the cheap airgun scope did bring back the simplicity of very early open sighting. In order to hit something at all one had to see where the pellets were flying and a known zero was again the priority. The basic 30/30 reticule gave way to the mil-dot which actually was very useful for hold-over and hold-under when snap shooting at targets from different distances. The trend today however of ever more complicated and expensive scopes has mystified many experienced airgun users.

A healthy trade in old open sight units exists for finishing off that restoration on a classic with many of these guns now being used seriously again. There is now even interest in retro-fitting these onto modern airguns. With everyone growing a little jaded over the ever-increasing optical technology and its cost, the simplicity of open sights is once again being sought out as people rediscover simpler shooting. People can make their airgunning as complicated as they like but working simple has always won over tech.

Jonathan Young
Writer
Published on 10-09-2020
Started out very young with cap pistols, progressing to archery and this developed into a real interest in studying older weapons. Air weapons followed and it's been the Airgun that's drawn me deeper into shooting more than anything. The sheer variety of different types available is unparalleled, from bb guns to replica pistols, from rusty old springers to high-end target rifles. It's impossible to get bored! Add a dash of patina and you gain entry to the wonderful world of Vintage Airguns. My very first air gun was a £35 diecast Daisy - I've never looked back.